The next frontier in workplace diversity: brain differences 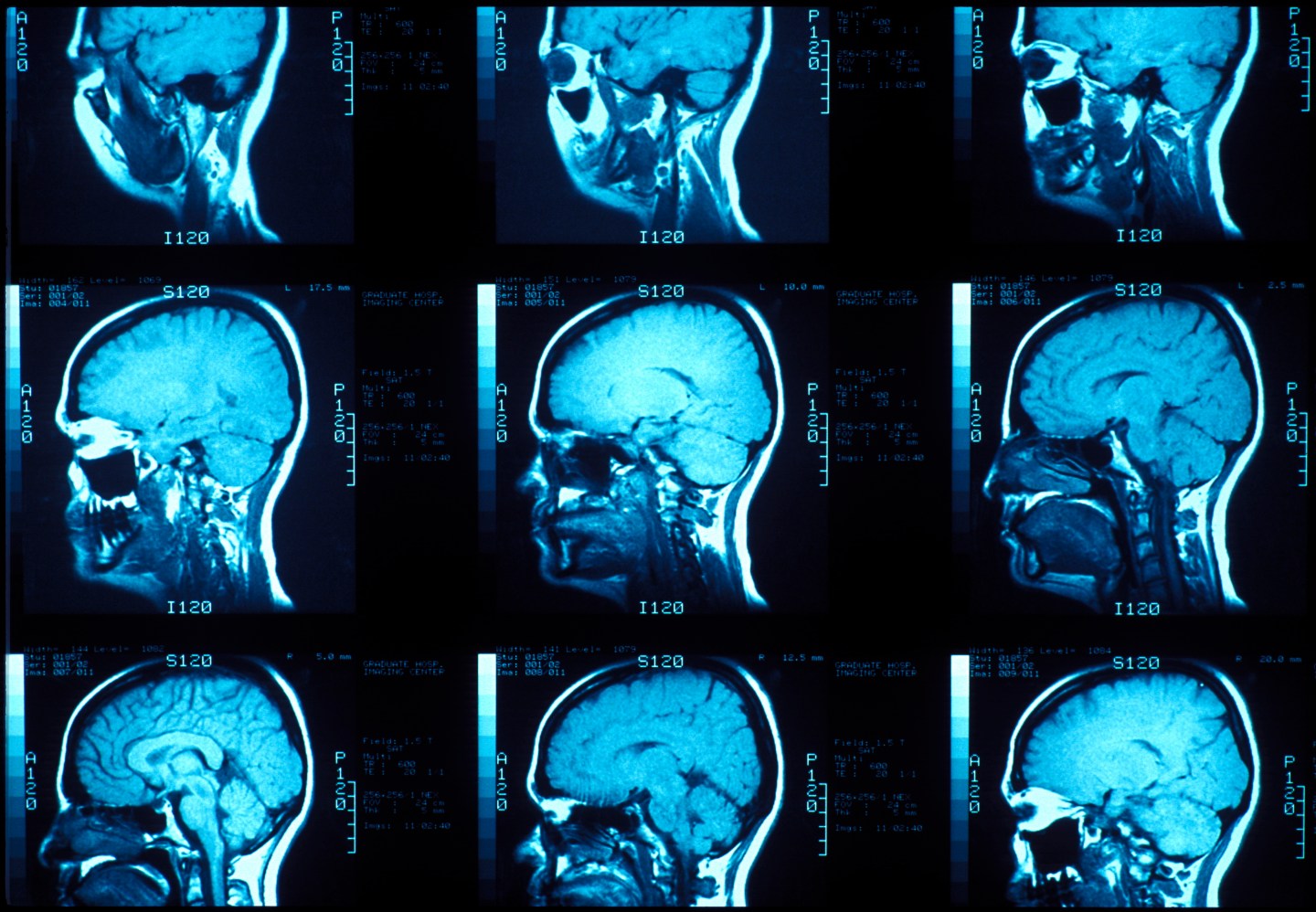 A burgeoning civil rights movement is poised to change the workplace, and it revolves around differences in brain function. Advocates for neurodiversity say that it’s just as critical to business success as gender or racial diversity in the labor force.

A growing number of companies actively recruit candidates on the autism spectrum for tasks that are suited to their strengths, such as those involving large amounts of data or rigorous attention to detail. They include SAP, Freddie Mac, ULTRA Testing, as well as specialized recruiting and placement firms for people with neurological differences.

Given that an estimated 70% of disabilities aren’t obvious to the casual observer, it’s a certainty that even more organizations already employ people with a brain difference, whether it’s autism, ADHD, dyslexia, dyspraxia, Tourette’s syndrome, disfluency, or a mood disorder. Many companies have employee resource groups and networks to support workers with their own or a family member’s neurological difference.

“We see differences in physical, cognitive, and mental health as differences in the human condition,” says Lori Golden, abilities strategy leader for EY. “The most relevant challenge for business is to bring in the very best talent for the work we do and create an environment that can unleash the full abilities of every person.”

Individuals with a neurological disability often possess a strength associated with their condition, in the same way a blind person may enjoy a keen sense of smell, hearing, or taste. For instance, people with ADHD tend to be innovative, curious, and active. “There are a huge number of jobs that are open to people who are super creative, energetic, and information seeking,” notes Karin Wulf, a William & Mary history professor who spearheaded the college’s neurodiversity working group.

About 2% of the population has an atypical neurological structure, the same percentage within the U.S. as the Jewish population, a group that no recruiter would consider discounting in a talent search, points outs John Elder Robison, author and neurodiversity scholar-in-residence at The College of William & Mary.

“Neurodiversity, from the standpoint of a human resources department, is poised to be the next civil rights frontier that will have to be dealt with,” says Robison, who realized he was on the autism spectrum as an adult. “One in 50 is not small.”

This revolution poses challenges for both neuro-atypical individuals and employers. Workers must learn to understand and manage their own brain differences and how and when to disclose it to colleagues and supervisors. Companies must create inclusive cultures that encourage openness about how each person works best, not to mention screening and recruiting the best talent without being blinded by neurological conditions that aren’t relevant to a job’s requirements.

“In the autistic community you have a significant number of people, often with substantial technical skills or education, who are systemically undervalued by the job market as a result of not interviewing well or not making eye contact,” says Ari Ne’eman, president and co-founder of the Autistic Self-Advocacy Network and the first openly autistic presidential appointee.

“This is an untapped reservoir of talent that we have discovered,” says Megan Pierouchakos, a senior diversity specialist at Freddie Mac, who warns that other employers ignore autistic candidates at their peril. “You’re overlooking someone who is highly analytical, very focused, and very task-oriented, who likes to be in that space.”

Adults with autism tend to be underemployed because they often face challenges with social interaction. So Freddie Mac coached hiring managers to dig deeper if they received a resume with a spotty work record and to be open to adapting the screening process so autistic candidates could shine, such as giving interview questions in advance. Managers and employees who would be working with interns also received neurodiversity training ahead of time and participated in a buddy system to pair interns with neurotypical employees in their group. The housing finance company brought in ASAN about halfway through the 16-week internship for a pulse check, so interns would have a safe place to address concerns or problems they might be experiencing.

Now in the fourth year of the internship program, Freddie Mac has hired several interns as permanent full-time employees. Managers have discovered that some of the tools they developed for working with autistic adults—such as being extremely clear with instructions and asking how people prefer to communicate—are actually useful practices for all employees. Some Freddie Mac employees even came to realize that they themselves might be on the autism spectrum.

Outside of an internship program aimed at a neurodiverse population, it’s tricky for an employer to hire inclusively. For one, it’s illegal to ask a candidate whether he has a disability. So instead, employers must be sensitive and responsive to differences that may relate to a neurological condition.

“It’s very hard for us when somebody hasn’t disclosed [their condition], so our recruiters have to be thinking about it but they can’t be assuming,” says Barbara Wankoff, director of workplace solutions at KPMG.

For individuals with a brain difference, neurodiversity at work can seem even more fraught. It’s important to focus on what skills and value you can bring to a workplace, not on the accommodations you may need for your disability, says Scott Sonnon, a Bellingham, Wash.-based author and tactical fitness instructor for the federal government who was institutionalized as a child and deemed unteachable.

“If I view my dyslexia and dyspraxia as a disability that must be endured, I put myself in the worst position neurologically,” says Sonnon, who finds that the more conscious he is of having trouble with word access, the longer the pauses in his speech. “It’s so therapeutic and healthy to be able to laugh at the tradeoffs and embrace the fact that you have advantages.”

When he gives a speech or lecture, Sonnon says he trades off every 15 to 30 minutes with an assistant, “usually someone who has a rapid intensity and more rapidly firing brain organization like ADHD,” he explains. “It’s great for the audience. They get the rapid infusion of many topics at once. Then they come back to the slow, big boom.”

Jean Winegardner, 41, loved her work as a copy editor and excelled at the job, but struggled to fit into the workplace in the years after graduate school, before she was diagnosed with autism. “The social aspects always got to me after a time and I would find a reason why I needed to quit,” Winegardner writes in an email interview. “I think that if I had understood my neurological makeup earlier, I could have found ways to help myself cope with the way workplaces work and how I could fit into them.”

Autistic employees can be more focused, waste little time socializing, and persevere until they complete their tasks, she notes. “I think it is wonderful that some companies are actively seeking out autistic people because of their strengths. I only hope that this acceptance and understanding spreads,” writes Winegardner, who now works as ASAN’s office manager and writes a blog called Stimeyland.

Everyone interviewed for this article agreed that disclosing an invisible disability like autism or ADHD is a challenging personal decision.

“Every person has to decide, is the risk of severe social isolation greater than the possible greater social acceptance?” says Robison. “This is much like coming out and saying you’re gay in a straight workplace or you’re Jewish in a Christian workplace. Some people will say, ‘I can’t relate to that.’ It may drive you apart from your coworkers and it may bring you together.”

First, consider whether you can manage your condition—or find a workaround— without naming it. For instance, EY’s Golden says she helped a colleague on the autism spectrum develop scripts to give colleagues and clients a heads up that he lacked some social graces. He told them he had a habit of sometimes saying the wrong thing and asked them to do him the favor of pointing it out, if it happened.

“That way, he accomplished several things: he took away the surprise factor, he made himself vulnerable and therefore more likable and approachable, and he invited people to be part of the solution,” Golden recalls. “An individual with any kind of disability needs to—above all—know him or herself, what his strengths and weaknesses are, and be able to make … decisions on that basis.”

Similarly, San Francisco lawyer Louise, 40, manages her bipolar disorder with humor and discretion. If her medication causes her to stutter or have trouble accessing a word, she says she’ll make light of it, saying, “I really can’t talk today!”

She manages her trial schedule in keeping with her mood cycles, using the manic energy for her benefit in the run up to a hearing or trial, and then telecommuting when she inevitably crashes afterwards. “Being medicated and watching myself as I do, I use periods of high intensity and high energy to get a lot done, knowing there’s always going to be a period that I don’t have any energy and I have to work from home,” she says. “Sometimes it’s very useful for me to be manic when I’m a litigator, so long as it doesn’t tip into the panic range. I have a lot of energy; my brain moves very quickly.”

Out of fear of losing her license to practice law, she keeps her condition a secret at work, and asked that her full name not be used in this article.

Educator Beth Baker, 62, says she must constantly remind herself to listen 60% of the time and speak 40% of the time, to compensate for her self-diagnosed Asperger’s syndrome, an autism spectrum disorder. “All of us develop strategies and tactics for making it through the day and dealing with life, and dealing with the rough edges and approximations,” says Baker, a coach and facilitator based in Richland Center, Wis., and director of the International Trauma Abatement Project.

If your invisible disability may affect your work performance, you should consider disclosing it at least to human resources, where it will stay confidential. For instance, if you have epilepsy, your employer would benefit from being prepared in case you have a seizure. The discussion with human resources should revolve around the tools, equipment, and environment you need to do your best work, not about the disability itself, Golden notes.

Neurotypical employees can learn from and benefit from the advances made by neurodiversity advocates. An increased awareness of differences in people’s brain function and communication preferences could improve the work that everyone does.

“Can you imagine if you went into a workplace and everyone had a sense of their abilities and their mode of interaction?” William & Mary’s Wulf says. “We’re right at the beginning of the wave. It hasn’t crested.”