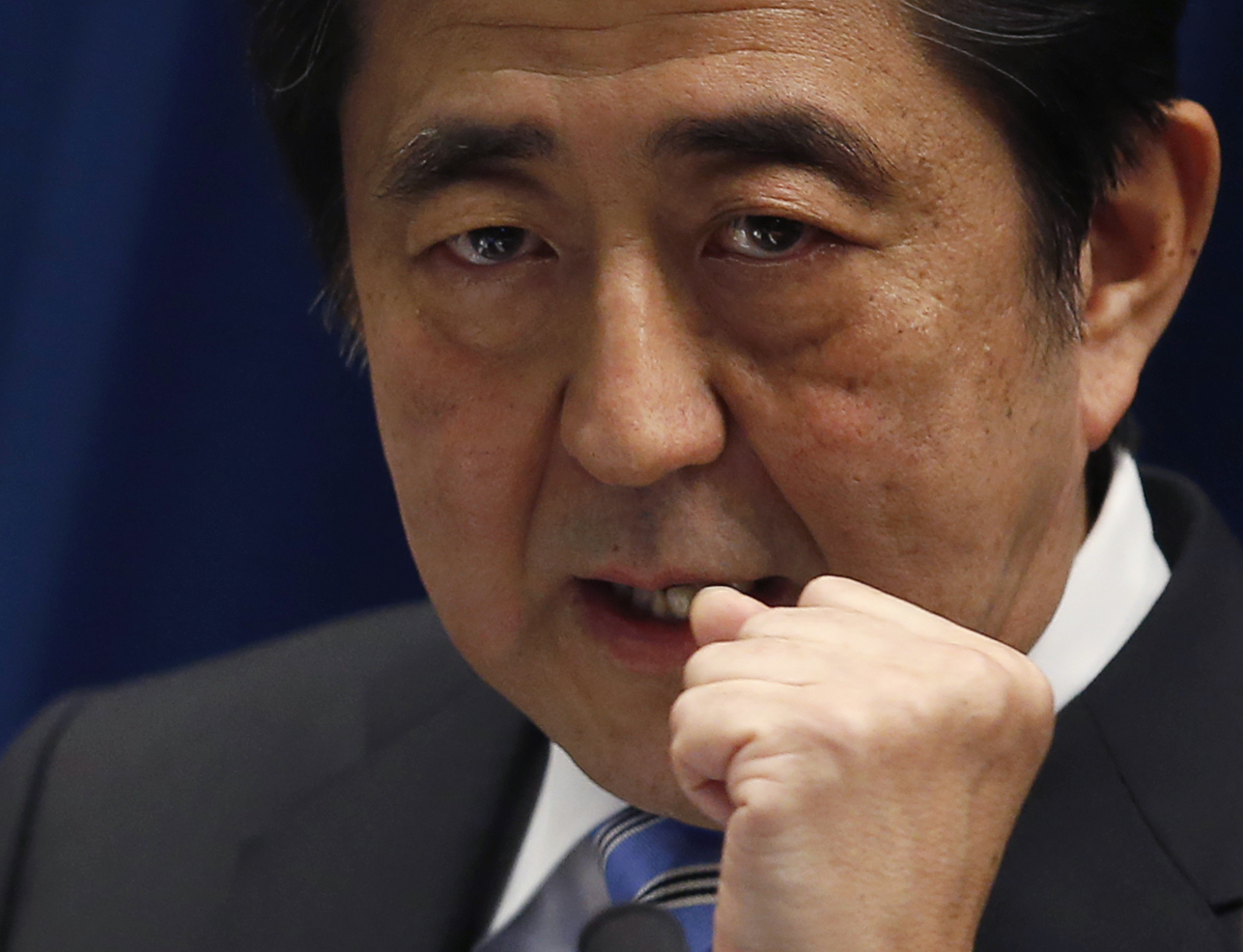 The last of the third quarter earning reports are trickling in before the holidays. Look out for Oracle (ORCL), FedEx (FDX) and General Mills (GIS) on Wednesday when they all release their quarterly results. Nike (NKE) reports on Thursday and Blackberry (BBRY) closes out the week on Friday.

1. Japan elections and state of the economy.

Japan has a lot more going on than just a butter shortage these days. Voters are casting their final ballots in the country’s general election Sunday. Polls close at 6 a.m. ET, and the state broadcaster is expected to call the result shortly thereafter based on exit polls.

Current Prime Minister Shinzo Abe’s Liberal Democratic Party is expected to gain a two-thirds majority, which would make it the biggest postwar margin of victory.

The deadline for enrolling in a new insurance plans under the Affordable Care Act is end-of-day Monday. Anyone who has not manually renewed their plans will be automatically re-enrolled in their current option, which could result in higher out-of-pocket health costs for the holder. So far, about 400,000 people have actively renewed their plans using the federally-run system that covers 37 states. About 8 million Americans enrolled in a marketplace plan during last year’s sign-up period.

3. The Federal Reserve meets for the last time this year.

The Federal Open Market Committee holds its final two-day meeting this year to decide on its future interest rate policy. As of its last meeting in November, the group said it would maintain low interest rates for a “considerable time.” Fed Vice Chairman Stanley Fischer said the FOMC is closer to changing course and indicated a mid-2015 target could be appropriate for rate increases, though other leaders haven’t been so bullish.

The recent job gains in November could entice regulators to change their language to suggest new timing for interest rate rises. The Fed will announce its decision at 2 p.m. ET, and Chairman Janet Yellen will hold a press conference at 2:30 p.m. ET.

European Union leaders gather for their two-day meeting in Brussels starting Thursday. On the agenda is a host of international issues, including the group’s policy toward Russia, how it can provide economic support to Ukraine and measures taken to respond to the Ebola crisis. Leaders will also address the state of the EU economy and a proposed 300 billion euro ($373.6 billion) investment program.

The Financial Stability Oversight Council meets on Thursday and will vote on whether to designate MetLife (MET) systemically important, which would require more stringent oversight of the insurer by the Federal Reserve. In September, regulators pegged MetLife as part of the group of “too big to fail” institutions that could cause wide-ranging problems if it were to collapse. The insurer has argued that it is unimportant and tried to fight off the designation. If the vote passes, MetLife can still appeal in U.S. District Court within 30 days.