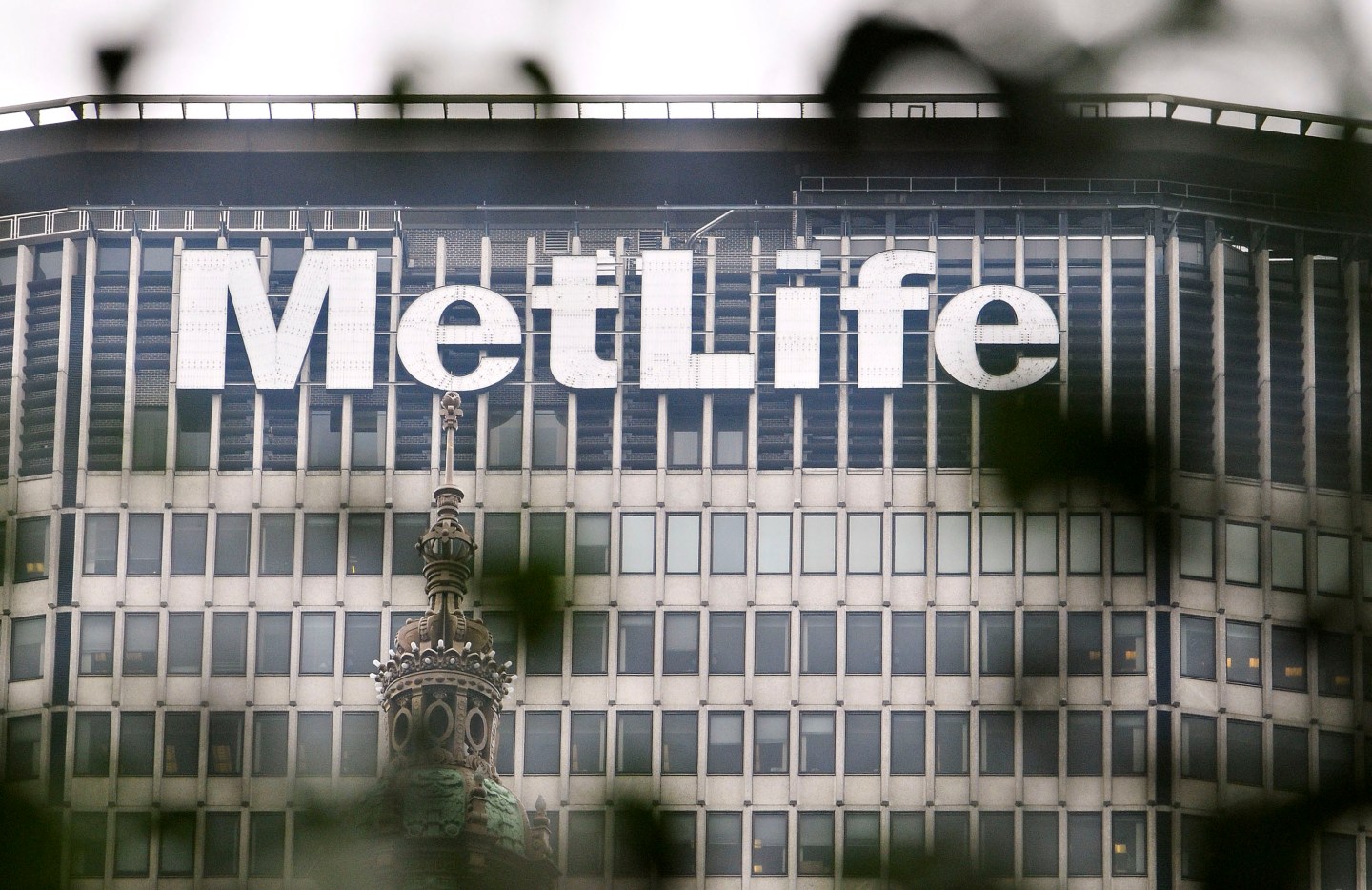 UNITED STATES - MAY 06: A sign hangs atop the MetLife Building, the headquarters of MetLife Inc., in New York, U.S., on Wednesday, May 6, 2009. MetLife Inc. is one of the 19 U.S. banks being put through a stress test by regulators, the results of which are expected to be released tomorrow. (Photo by Jonathan Fickies/Bloomberg via Getty Images)
Photograph by Jonathan Fickies — Bloomberg/Getty Images

It isn’t often that you hear a major company argue that it’s unimportant.

That’s more or less what MetLife (MET) told regulators on Friday in a regulatory filing formally opposing a proposal to designate the insurance giant as a “systematically important financial institution.” The proposed designation, put forth by a federal panel last month, is meant for the largest U.S. financial institutions – those that are “too big to fail” because their collapse would bring down others.

Of course, institutions that are considered “systemically important” are subject to more intense regulatory scrutiny including additional oversight from the Federal Reserve as well as strict capital requirements under Dodd-Frank. MetLife has argued that the increased scrutiny would make it more difficult for the insurer to compete with its rivals. MetLife is currently the country’s largest insurer by assets and has $68 billion in annual revenue.

Already, the Financial Stability Oversight Council, which was created by Treasury Department and also includes officials from other federal regulators, has placed the designation on fellow non-bank institutions like American International Group, Prudential Financial and GE Capital. Prudential briefly protested the designation with a failed administrative appeal last year.

Last month, MetLife CEO Steven Kandarian issued a statement saying that he “strongly disagrees” with the FSOC’s proposal. “MetLife is not systemically important under the Dodd-Frank Act criteria. In fact, MetLife has served as a source of financial strength and stability during times of economic distress, including the 2008 financial crisis,” Kandarian said at the time.