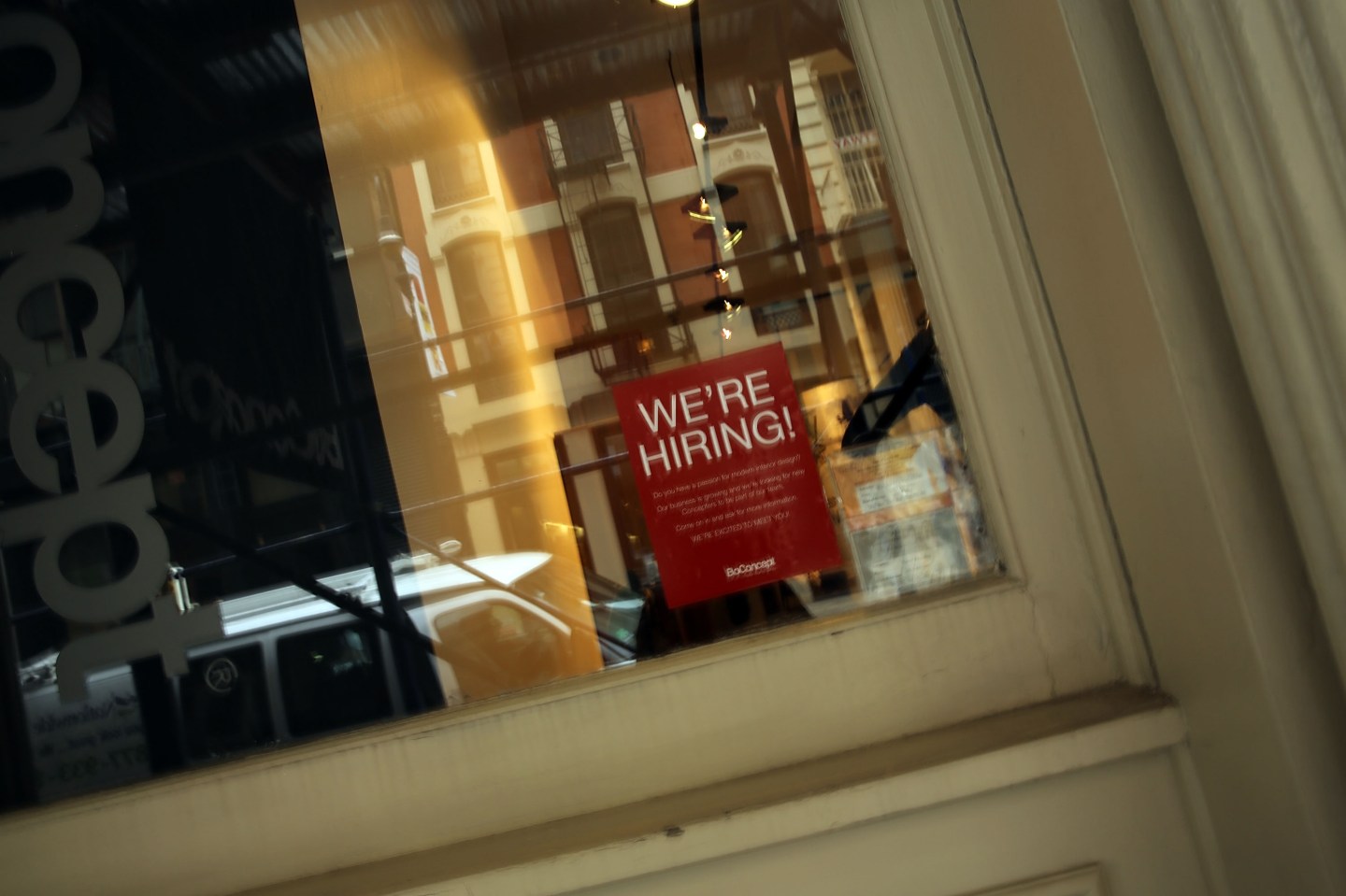 NEW YORK, NY - OCTOBER 02: A notice in a store window announces a retail job opening on October 2, 2014 in New York City. In a sign that the labor market continues to improve, new numbers released on Thursday show that the number of Americans filing new claims for unemployment benefits fell last week. The Labor Department said on Thursday that claims for state unemployment benefits fell by 8,000 to a seasonally adjusted 287,000 in the week ended Sept. 27. (Photo by Spencer Platt/Getty Images)
Photograph by Spencer Platt — Getty Images

The Labor Department released last month’s employment figures Friday morning, and the report shows that the U.S. labor market has continued to post steady gains while some stubborn weak points still exist. Here are some key points from the November jobs report.

What you need to know: November was the 50th straight month of job gains in the U.S., and monthly job additions have averaged about 224,000 so far this year. The job market has been steadily improving, which is good news. However, on the downside, hourly wages are struggling to increase significantly and the number of long-term unemployed remains almost 50% higher than it was before the recession hit.

The Federal Reserve, which had continually worried that the labor market is not as healthy as it hoped nearly seven years after the start of the Great Recession, eased up on its view following its October meeting. The job market slump is “gradually diminishing,” and the Fed expects the U.S. economy to continue expanding at “a moderate pace.”

The big numbers: The U.S. labor market added 321,000 jobs in November, well surpassing of economists’ estimates of 230,000 jobs, according to Bloomberg data. The unemployment rate held steady at 5.8%.

Hourly wages ticked up by 9 cents last month, while the number of long-term unemployed was little changed at 2.8 million. Hourly pay is up 2.1% for the year, which is only marginally above the 1.7% inflation rate as of October.

What you may have missed: November’s gains keep the U.S. labor market on track for its best annual performance since 1999. That year an average 265,000 Americans found jobs every month. The November job additions are significantly higher than the recent three-month average of 224,000 jobs per month.

Some of the biggest job gains last month went to the professional and business as well as healthcare sectors, which added 86,000 and 29,000 jobs, respectively. Retail hiring also accelerated as stores geared up for the current holiday season.