BC Partners buying PetSmart for $8.7 billion 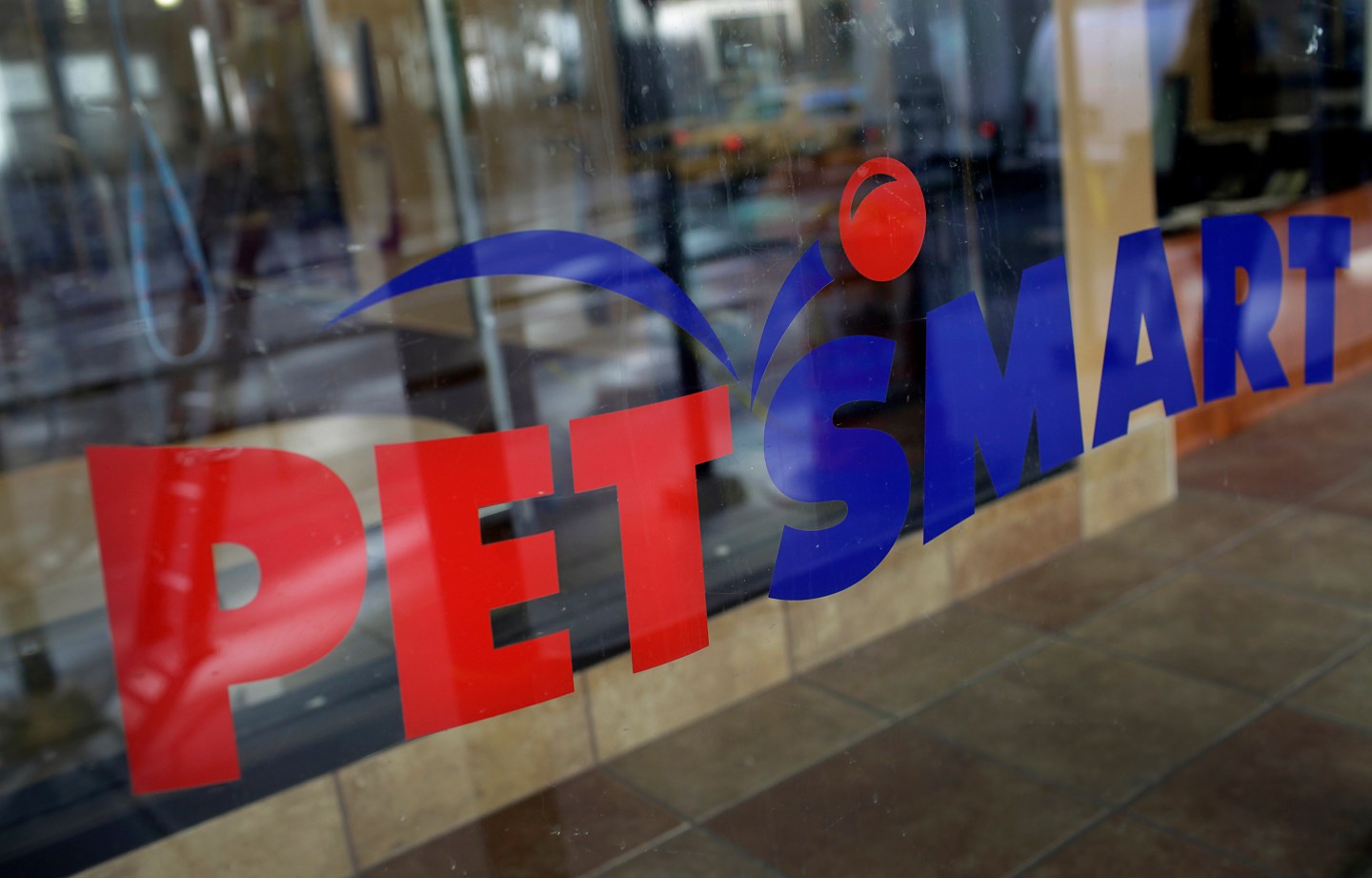 London-based private equity firm BC Partners has won the auction for retailer PetSmart Inc. (PETM) in an $8.7 billion deal. This would suggest that BC Partners made a last-minute move to best Apollo Global Management (AGM), which yesterday was reported to be the front-runner.

According to a press release, BC Partners will pay $83 per share for Phoenix-based PetSmart. That represents a 6.86% premium over PetSmart’s closing price on Friday, but a whopping 46.2% bump over its 2014 nadir on May 22.

Shares stayed fairly low until activist hedge fund Jana Partners disclosed on July 3 that it had amassed a 9.9% stake in Petsmart, and only continued to climb as the company’s board responded by launching an auction process led by J.P. Morgan (JPM). Jana had threatened to nominate its own slate of directors if it wasn’t satisfied with the results of the auction, although it’s hard to imagine that it would oppose $83 per share.

Longview Asset Management, PetSmart’s second-largest outside shareholder with a 9.02% position, will roll its shares into the company as part of the BC group. Also participating are several limited partners of BC Partners limited partners, including La Caisse de dépôt et placement du Québec and StepStone Group.

The purchase price represents a 9.1x EBITDA multiple for the 12 months ending November 2, 2014. No word yet on specifics of the debt package, except that lenders will include Citigroup (C), Nomura, Jefferies, Barclays and Deutsche Bank. There has been recent Federal Reserve pressure on banks to keep leverage multiples below 6x EBITDA, and deals that surpass that threshold have had some difficulty getting syndicated.

The retailer operates 1,387 stores in the U.S., Canada and Puerto Rico.

Read more about this deal in tomorrow’s Term Sheet, our newsletter on deals and dealmakers.