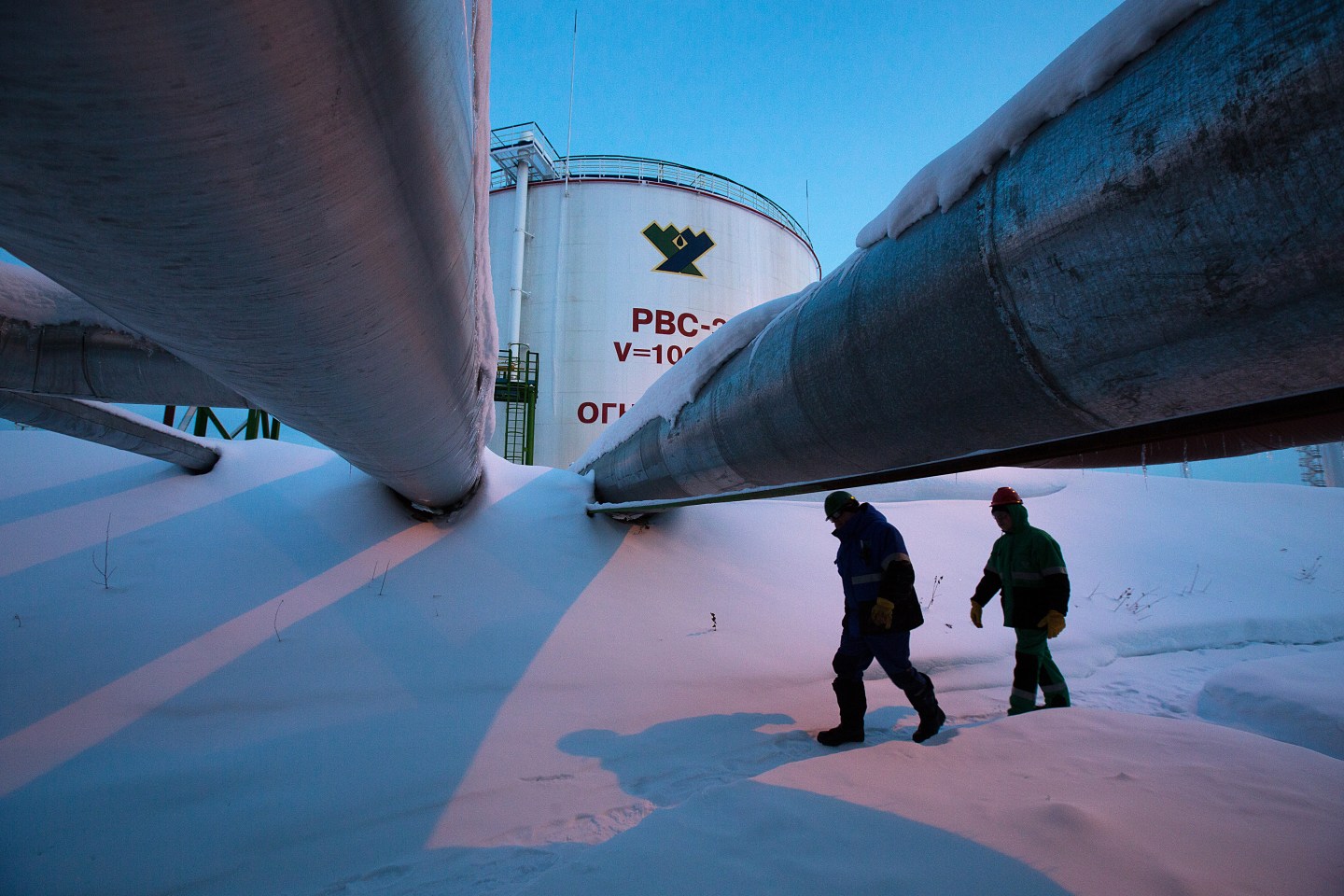 Happy Friday! Many on Wall Street will be happy to see the back of this week. U.S. stocks look set for a sharp drop at the open, after Thursday’s robust rally stalled as the price of oil dropped below $60 a barrel for the first time since July 2009. Oil prices are under pressure again today, and the stock market looks set to post its first weekly decline in two months.

The U.S. government averted a shutdown as the House of Representatives passed the $1.1 trillion budget before a midnight deadline Thursday. The vote was close: 219 to 206. Many Democrats balked at provisions that rolled back restrictions on Wall Street, including language that was drafted almost word-for-word by Citigroup lobbyists. The bill is expected to pass the Senate in the coming days.

Demand for oil in the coming year is expected to be less than originally estimated by the International Energy Agency. The group cut its 2015 forecast for the fourth time in five months. The global oil glut is only worsening, and it’s taking a further hit to oil prices, which are already down 1% today and trading under $60 a barrel.

3. Uber gets new partner in China.

Baidu (BIDU), the Chinese search giant, invested about $600 million in Uber in order to take a minority stake in the car-sharing startup. Not only does Uber get cash, it also gains a Chinese partner that can help guide the company’s local expansion as it faces wide-ranging regulatory hurdles.

The Alibaba (BABA) founder just took over the No. 1 ranking as Asia’s wealthiest man, taking over the title from Hong Kong real estate magnate Li Ka-shing. Ma is now worth $28.6 billion, according to Bloomberg data. Ma’s asset boost is due to Alibaba’s stock gain. The Chinese e-commerce giant’s stock price has gained 15% since the company went public in September.

Japan is facing a dire butter shortage. Grocers are rationing customers to a maximum of two packages each, and the government is looking at bring in emergency imports. Stressed out cows, an aging farmer population and economic hurdles have cramped Japan’s supply of the cake-making staple.