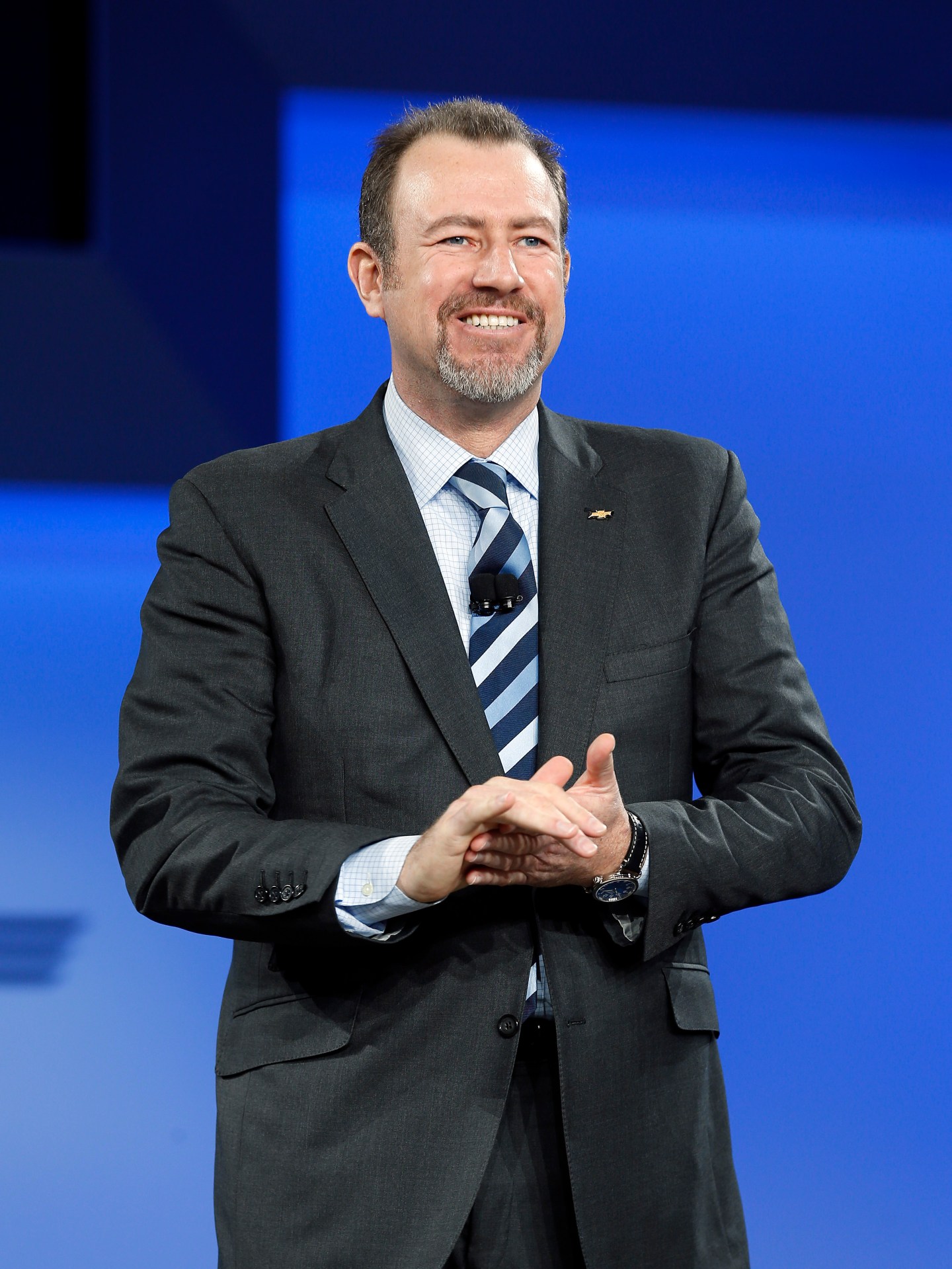 Mary Barra, chief executive officer, dominated the news pertaining to General Motors Co. (GM) in 2014. GM’s massive safety recalls, plus her status as the first woman to lead an automaker, got plenty of attention.

Dan Ammann, GM’s president, naturally has kept a lower profile as second-ranking executive, though he came to office a year ago with Barra and has a portfolio of issues roughly identical to hers. A native New Zealander and industry outsider who joined GM in 2010 via an investment banking career at Morgan Stanley, he’s relatively youthful at 42 and deeply ensconced in leading the automaker’s recovery from the 2009 bankruptcy.

Ammann, like Barra, acknowledged GM leaders must instill a culture of “accountability” among its workers. More accountability could avert future debacles like the design and managerial slip-ups over the past decade that led to a safety flaw in ignition switches linked to a spate of accidents, injuries and 36 deaths.

“Revisiting all our safety and manufacturing processes has led us to more recalls,” he said in an interview.

“We’ve seen a trend to more recalls but smaller ones,” Ammann said. “Lately, fewer recalls as well. We’re finding and acting on issues much earlier, which is why you’re seeing fewer recalls,” affecting fewer vehicles.

In its latest safety recall, disclosed Friday, GM said 2,432 Chevrolet Colorado and GMC Canyon midsize pickup trucks were being repaired due to an airbag wiring flaw. No accidents or injuries have been reported.

On Thursday, GM announced it will roughly double its production capacity in Mexico through 2018, investing $3.6 billion and adding 5,600 jobs.

“We’ve had a long and successful business relationship in Mexico, not just from a competitive standpoint but because of its superior trade agreements,” he said, especially its favorable pacts throughout South America.

GM, which manufactures about 650,000 vehicles and nearly 900,000 engines annually in Mexico, is only one of many global automakers to expand production there. The country ranks seventh among automobile producing nations. GM’s expansion in Mexico no doubt has drawn the attention of the United Auto Workers union, which will begin negotiations this summer with GM, Ford Motor and Fiat Chrysler Automobiles toward a new labor contract.

GM and the other Detroit-based automakers have maintained a rocky relationship with the UAW – Mexico looms as a more and more viable alternative to labor strife in the U.S. if that history can’t be reversed. The UAW agreed not to strike the automakers as a condition of government financial aid during the contract that expires later in 2015. The union wants to create parity between older workers who are better paid under terms of older labor agreements and younger workers whose pay is closer to manufacturing wage rates in other industries.

“There’s a clear recognition by everyone involved that the goal is to have a successful and growing business that will result in more sales and jobs and production” in the U.S., Ammann said.

Significantly, Ammann and Barra are championing a push toward a manufacturing philosophy driven by stronger consumer demand, as opposed to pushing production and stimulating sales with discounts. The trend has started at Cadillac, GM’s luxury franchise “and will spread to other parts of the business as well,” he said.

Look for Ammann to gain more visibility as GM penetrates deeper and more actively into the business issues that are critical toward proving itself a sustainable and healthy company.