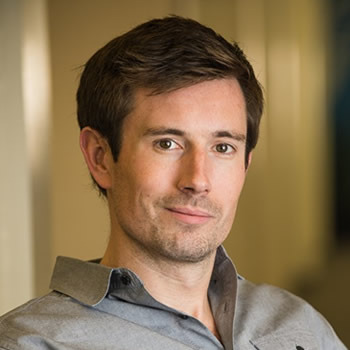 British-born collaboration software company Huddle has secured $51 million in Series D financing. The deal more than doubles its previous backing and will be split between expansion efforts for its sales, marketing and engineering teams, according to co-founder Andy McLoughlin.

Huddle’s unique value proposition in the increasingly crowded collaboration software space is its focus on making its simpler for internal corporate teams to work on projects with consultants and business partners securely “across the firewall,” said McLoughlin, Huddle’s executive vice president of strategy.

“We provide virtual workspaces that give them a private place to collaborate, comment on work, or push things forward, not just share files,” he said.

That message appears to be resonating. Huddle now counts more than 100,000 customers, including 80% of the Fortune 500 through deals with the likes of Procter & Gamble and Unilever. The company also has found a following with government agencies, signing four federal U.S. agencies since reaching into that market last year. During the first three quarters of 2014, Huddle tripled its deals with big companies and signed seven of its 10 biggest contracts since launching its software in 2007. Many of its largest customers hail from the professional services, advertising, consulting, accounting and technology sectors, McLoughlin said.

Technically speaking, Huddle’s biggest competition comes from Microsoft, with its combination of SharePoint and Office365, and disruptors like Box, which is trying to turn its cloud storage service into platform for industry-specific document workflows—such as approving an insurance claim.

The new funding will “allow us to continue with the plan we already have,” McLoughlin noted. That includes doubling the company’s product development team. Huddle currently employs about 170 people, split between offices in San Francisco, New York, London and Washington, D.C. Most of the engineers are still in Great Britain.

One particular focus will be Huddle’s mobile technology, where the intent is to streamline and prioritize features with particular relevance to on-the-go workers and executives. “We made a mistake when we first went mobile. We tried to cram everything from the Huddle experience into the app,” McLoughlin acknowledged. “What’s important is what actions you’re going to take. It’s not creating a file, it’s revising, reviewing, and then signing off.”

This item first appeared in the Dec. 11 edition of Data Sheet, Fortune’s daily newsletter on the business of technology. Sign up here.