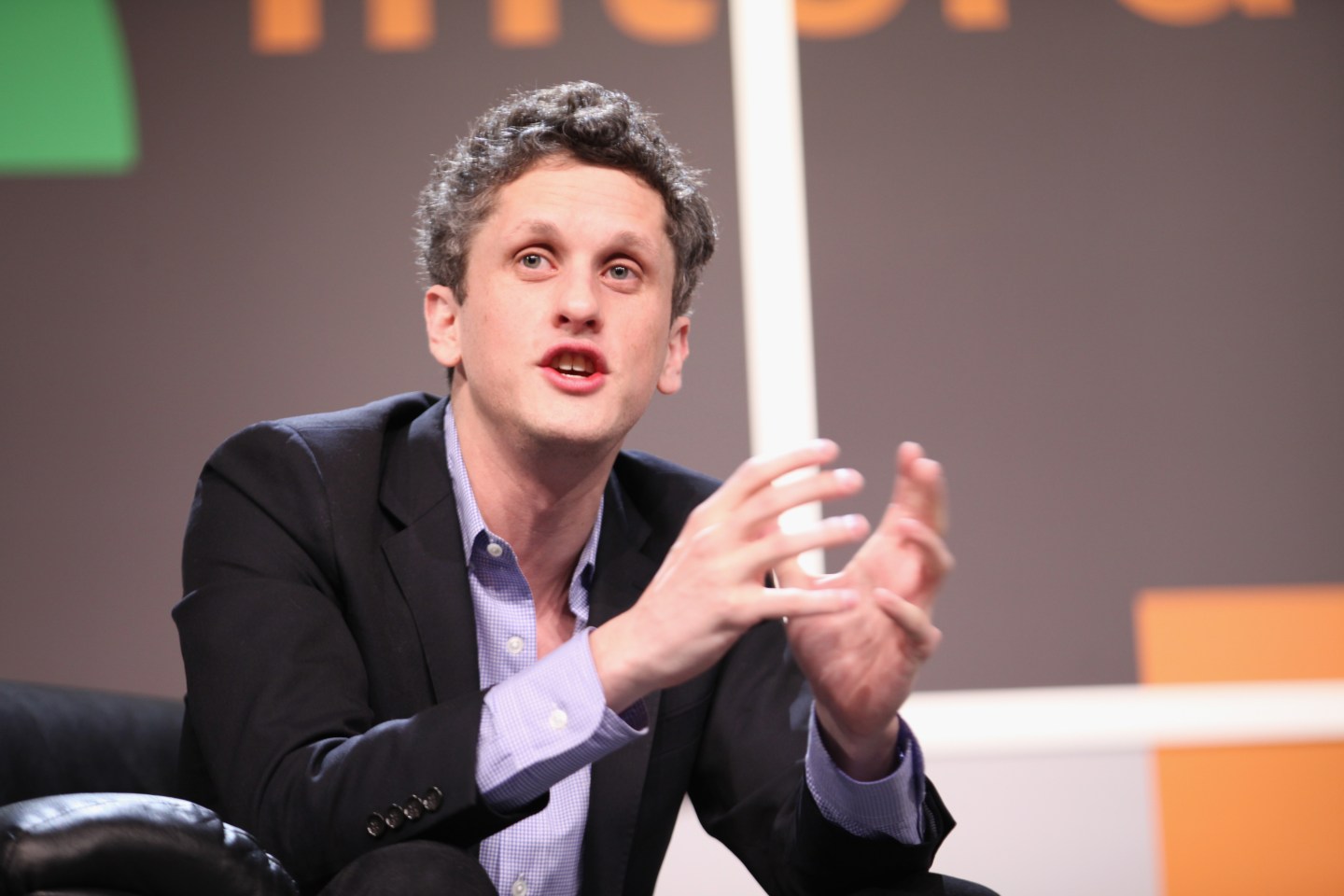 “Originally, we were thinking, how would we text message a file to you?” he explained onstage at his start-up’s annual conference this week.

It was 2006, before the advent of the iPhone. Levie and friend Dylan Smith simply wanted to create a business for consumers that made sharing and managing files — even large ones — much easier. But after a year of tinkering, they decided the real opportunity was with businesses, a market dominated by the likes of Microsoft (MSFT), whose products were awkward and costly.

So Levie and Smith launched Box a year later, with ambitions of snagging users with a so-called “freemium” model: A free, basic plan that would impress users so much that they’d pony up for more features. Now Box has over 225,000 business customers — including 99% of the Fortune 500 — like Procter & Gamble (PG), online music service Pandora (P), and clothing retailer Aéropostale.

Levie himself has become a prominent Silicon Valley fixture — a self-assured, silvery-tongued executive more at ease onstage than most of his entrepreneurial peers and equally as compelling on Twitter (“Reality setting in that UberPool does not deliver a pool instantly,” he said in one recent tweet).

Rob Koplowitz, an analyst at Forrester, applauded Levie and Box for recognizing the market opportunity for business-oriented data storage and tools based “in the cloud” – tech speak for on someone else’s computers – long before many of their competitors did. Case in point: Dropbox, Box’s chief rival, only realized its long-term survival hinged on business clients over the last two years by launching (and revamping) a Dropbox for Business service.

“When I first started working with Aaron, he was a very young businessman, and he certainly doesn’t come off this way anymore,” Koplowitz said.

Yet, Box has a lot to prove. Although it had $124 million in sales in its most recent fiscal year ending January, up from just $58.8 million the year prior, it actually lost money — a whopping $168 million. And a high-profile initial public offering in March — highly-profile, at least to the media — appears delayed.

To date, Box has raised over $564 million in funding from Andreessen Horowitz, Draper Fisher Jurvetson, Salesforce (CRM) and others. Of that, $150 million was raised in 2014 alone, apparently as a stop-gap measure until the IPO.

Key to Box’s strategy will be whether it successfully pushes into making itself a go-to service that businesses rely on for much of their work. While the start-up has been around for a while, those first years were more focused on making it easy for customers to connect with their files than honing a slew of features that make working and collaborating with colleagues online a rich and full experience.

Two announcements this week at Box’s conference clearly aim to change that: “Box for Workflow” lets users apply conditional programming logic — the idea of “if this, then that” — to online services that didn’t work in tandem before. For businesses, it means the ability to automate parts of their everyday routine. The other major announcement, “Box for Industries,” is a plan to let third-party developers and partners create software that play nice with Box. It’s yet another way to help make “the walls come crumbling down,” as Levie phrased it this week, when it comes to work productivity.

But attracting enough paid customers to propel Box into profitability remains a challenge. Despite the hurdles, Koplowitz is optimistic, saying, “I think it’s hard to argue with what Levie’s already accomplished here.”