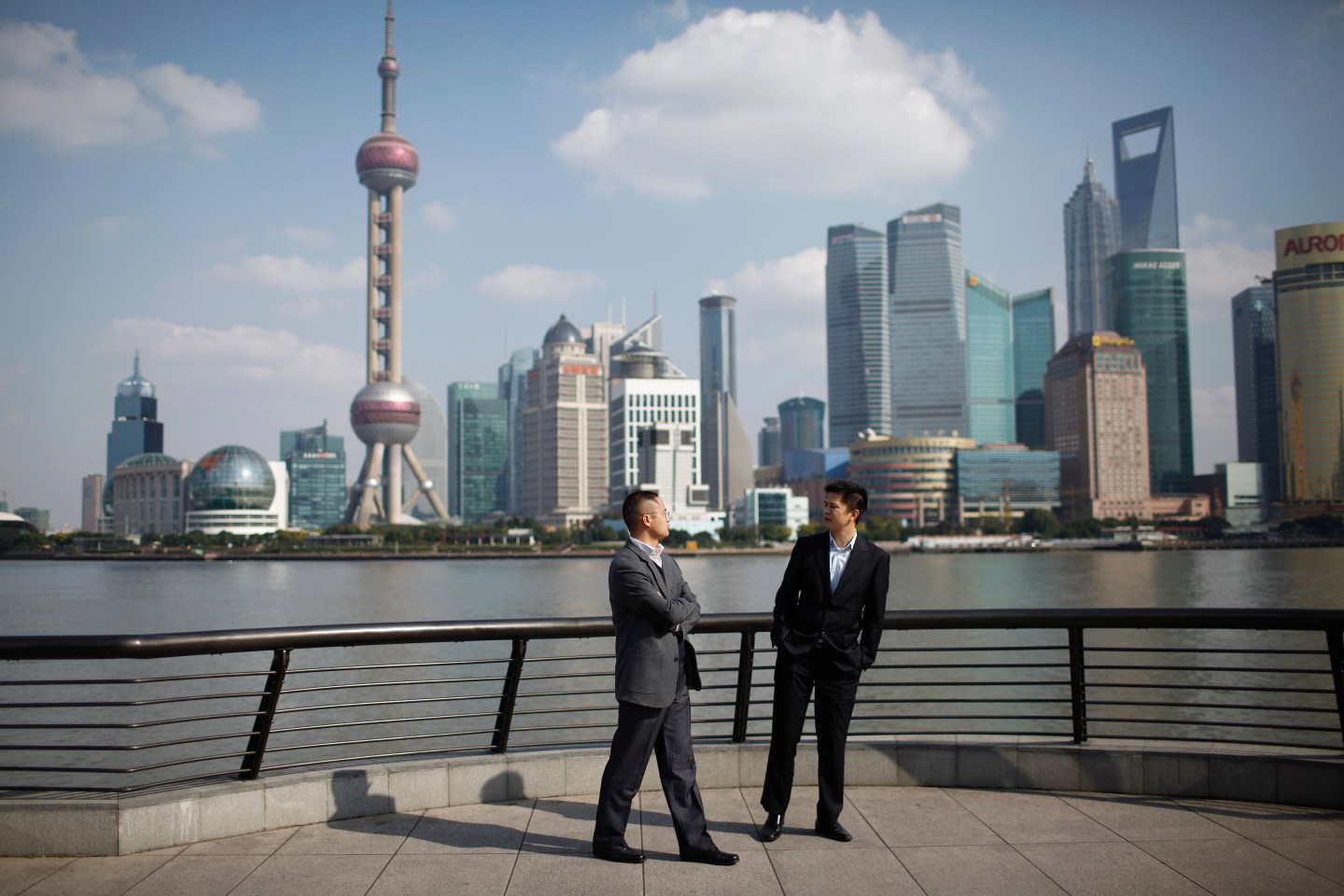 Shanghai stocks stumbled more than 5% on Tuesday, finally introducing some reality into the Chinese stock market that has climbed by 25% over the past three weeks.

What mostly likely started because China’s central bank cut interest rates in late November, its first cut in two years, has propelled itself via retail investors fevered excitement. There are few other explanations: the Chinese economy is slowing, real estate continues sliding, and outlooks for 2015 are dimming.

Margin buying has increased rapidly as waves of retailer traders borrow money for their purchases, magnifying the index’s quick rise. “This time around, many investors are borrowing through the shadow banking system to participate in the melt-up,” writes Gavekal Economics’ Joyce Poon today in Hong Kong.

Last week Bloomberg pointed out the same shares listed in Shanghai and Hong Kong were trading 16% cheaper in Hong Kong—an indication that retail traders aren’t paying much attention to fundamentals.

When the daily trading turnover passed 1 trillion yuan ($163 billion) for the first time ever last week in Shanghai and Shenzhen, China’s securities regulator warned investors they must also consider risks when driving money into stocks.

Headlines are rarely as useful as Tuesday’s pummelling in spreading that message.

But the fact remains that the Chinese stock market is only halfway back to where it was in 2007, while nominal GDP has doubled since then, leading Poon and others to avoid using ‘bubble’ to describe the stocks’ recent rise.

“Although the recent rise in leverage sharply heightens the risk of extreme volatility, with a near term 10% correction in the Shanghai market perfectly possible—even likely,” writes Poon, “there are good reasons to believe that Chinese equities have now moved into a new more bullish phase.”