Goldman Sachs and the mystery of ‘revolving door’ bonuses 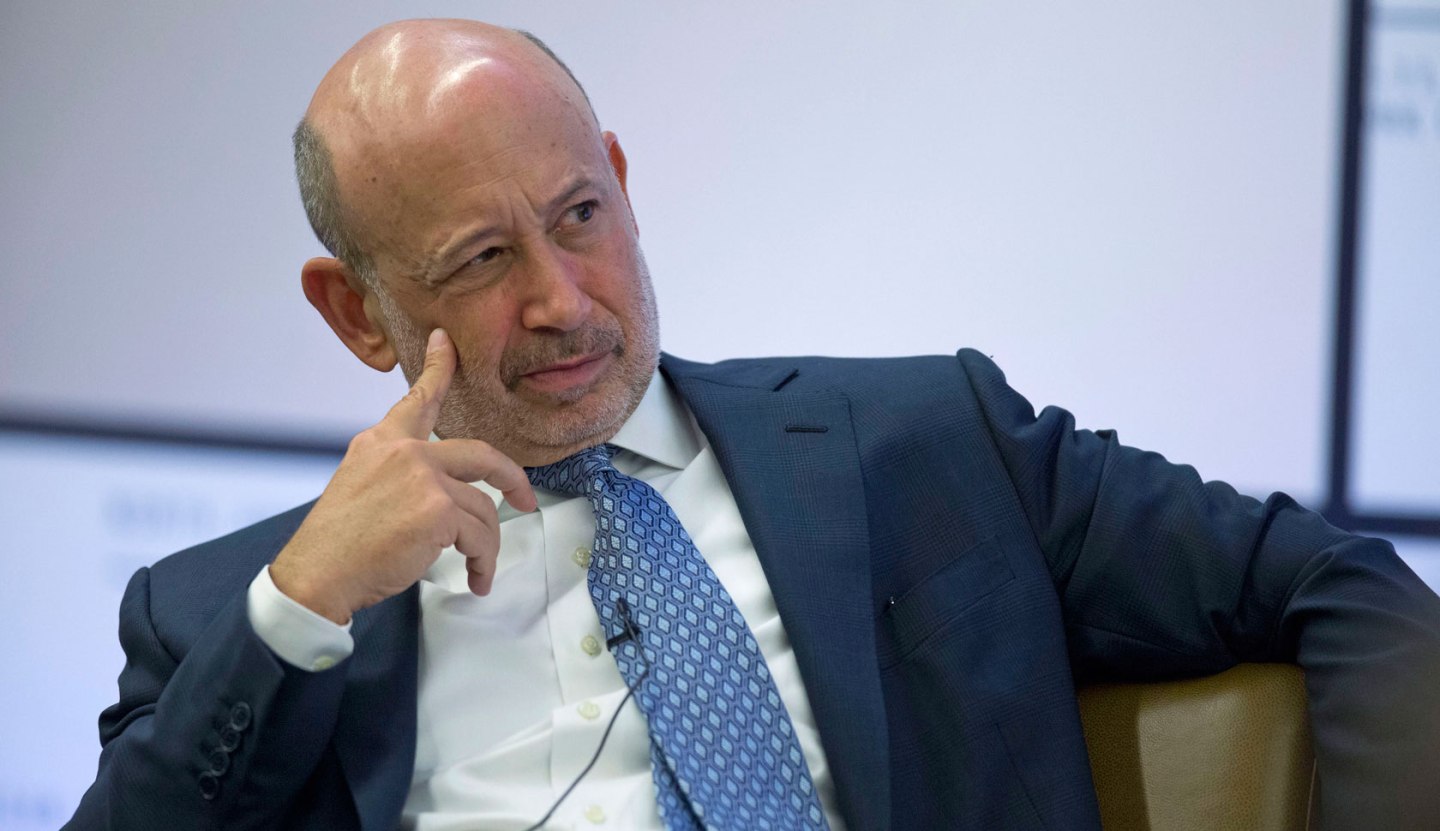 Would you prefer bankers to be doing “God’s work,”—how Lloyd Blankfein described the role of banks in 2009—or the government’s? And if a banker does government work, is he also, somehow, doing God’s work, and therefore deserves celestial pay?

Bank shareholders will need to ponder these issues, among others, as they weigh a set of proposals the AFL-CIO office of investment is now adding to bank proxies for next year. The proposals aim to get banks to explain their payouts of large, unearned bonuses to executives who choose to leave and take government jobs.

In an opinion piece published in November, The Wall Street Journal said AFL-CIO President Richard Trumka “and his liberal allies are on to something here, and we hope to make common cause with them in seeking more information on the important questions about Mr. Lew that were never answered in 2013.” Jack Lew was appointed U.S. Secretary of the Treasury last year and, the Journal item noted, “The terms of Mr. Lew’s original employment contract with Citigroup included a bonus guarantee if he left the bank for a high level position with the United States government or regulatory body.”

Seven banks—Morgan Stanley, Citigroup, Goldman Sachs, JP Morgan Chase, Bank of America, Wells Fargo, and Lazard—that “provide the opportunity for additional compensation to employees who leave the bank to work for the government” received letters from the AFL-CIO, according to a press release in late November. As a first step, institutional investors often send out letters before actually putting forth proposals on a company’s ballot.

Late last week, the AFL-CIO’s office of investment filed a shareholder proposal with Goldman Sachs—and they plan to file a similar proposal at JPMorgan this week, according to Heather Slavkin Corzo, who runs the AFL-CIO’s office of investment. Previously, the organization filed similar 2015 proposals at Citi and Morgan Stanley to address their “golden parachutes” for entering government service, Corzo told me.

To understand the pros and cons of the proposals in more detail, let’s take a trip down memory lane – and Goldman’s history is as good a place to start as any.

In 2007, the board of Goldman Sachs awarded its CEO, Lloyd Blankfein, a pay package of around $70 million dollars. In 2009, in an interview discussing his salary and banking practices, Blankfein explained to the Sunday Times that he was a banker “doing God’s work,” a phrase that captured the imagination of headline writers everywhere. (Rather than scoff, I ask that for a moment we suspend disbelief and see the world as Blankfein did.)

Now, let’s fast-forward to last year, to Blankfein’s remarks during a panel discussion at the Clinton Global Initiative in New York. Blankfein discussed how technology and globalization have created a “winner take all” economy – and that income redistribution is an insufficient solution because “people don’t want to just be sustained”—they want jobs. “Income redistribution is part of a fix of part of a problem,” but creating competitive products is key, he said. Blankfein also said that the contribution that businesses make, including Goldman’s work—in its “core,” financing businesses that create jobs—is an “extraordinary contribution to the world.” The Goldman CEO also argued that the bank had to pay employees sufficiently to retain them and ensure that the bank could be “stable” and function well.

The letter the AFL-CIO sent to Goldman Sachs on November 20 notes that accelerated vesting of incentive pay awards goes completely against the goal of employee retention. (Goldman did not respond to a call seeking comment.) In The New York Times last week, Andrew Ross Sorkin argued that perhaps accelerated vesting practices were a good thing, as it could attract bankers to devote their time and expertise to public service.

But does the government really need more bankers? Don’t the banks have enough paid lobbyists? And wouldn’t having more career civil servants—in other words, conscientious bureaucrats with no particular axes to grind—be better for everyone?

Corzo asks why banks would make these payouts: how can the awards be both in “the best interests of shareholders and not unethical?”

And if banks are doing God’s work — and “lift people out of poverty,” as Blankfein said at the Clinton gathering last year, how can encouraging talent to leave that work to join the government be beneficial for humankind?

In the spring, bank shareholders will get to vote on whether they should receive more information from banks about these payouts. If they want to win back some trust, Goldman and other banks should support these proposals and start rethinking their practices now.

Eleanor Bloxham is CEO of The Value Alliance and Corporate Governance Alliance (http://www.thevaluealliance.com), an independent board education and advisory firm she founded in 1999. She has been a regular contributor to Fortune since April 2010 and has advised shareholders and banks of every size on bank compensation.