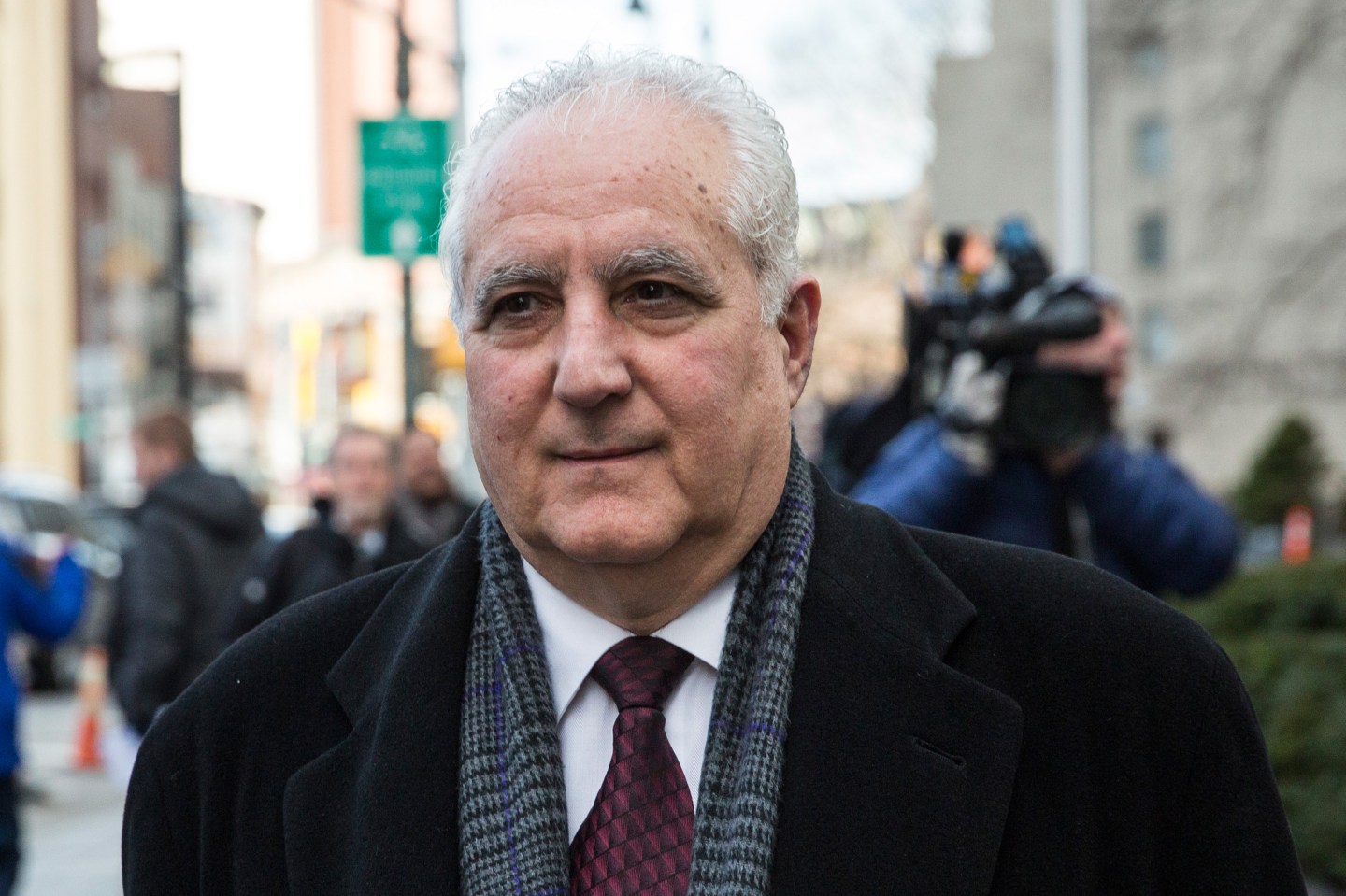 NEW YORK, NY - MARCH 24: Daniel Bonventre, age 67, who served as Director of Operations for Madoff Investment Securities, leaves federal court after being found guilty of charges of aiding, assisting and profiting from the Ponzi scheme run by Bernard Madoff on March 24, 2014 in New York City. Bonventre was found guilty alongside four other defendents, who all worked for Madoff. (Photo by Andrew Burton/Getty Images)
Photograph by Andrew Burton — Getty Images

Five former aides convicted of assisting Madoff in his massive Ponzi scheme are due to be sentenced this week, and the first to learn his fate is former Madoff back office director Daniel Bonventre, who received a 10-year prison term Monday morning in a New York federal court, according to Reuters.

Prosecutors had been seeking prison terms of up to 20 years for Bonventre and former Madoff portfolio manager Annette Bongiorno, who will be sentenced later this week. Also slated to be sentenced is portfolio manager Joann Crupi and computer programmers Jerome O’Hara and George Perez. All five were convicted on multiple counts of conspiracy and fraud in March for their roles falsifying documents and backdating stock trades as part of the multi-billion dollar fraud discovered in 2008.

The Ponzi scheme landed Madoff himself a 150-year prison sentence after he pleaded guilty in 2009.

The U.S. government is seeking sentences of at least 14 years for Crupi and more than eight years each for O’Hara and Perez.

A New York federal judge also ruled on Monday that the group of defendants must forfeit more than $155 billion as the government continues to seek recompense for the losses of Madoff’s victims. Investors lost more than $17 billion principal through the massive fraud, which has led to the conviction of 15 people.

Defense attorneys for the five former Madoff employees have asked the court for leniency, arguing that Madoff had deceived the defendants by leading them to believe that his investment business was legitimate.

Madoff’s son, Andrew, died in September after battling cancer and left more than $15 million in properties to his family. Madoff’s other son, Mark, committed suicide in 2010. Neither son was ever charged in connection with the Ponzi scheme.

(UPDATE: This article has been updated to include sentencing information for Bonventre.)