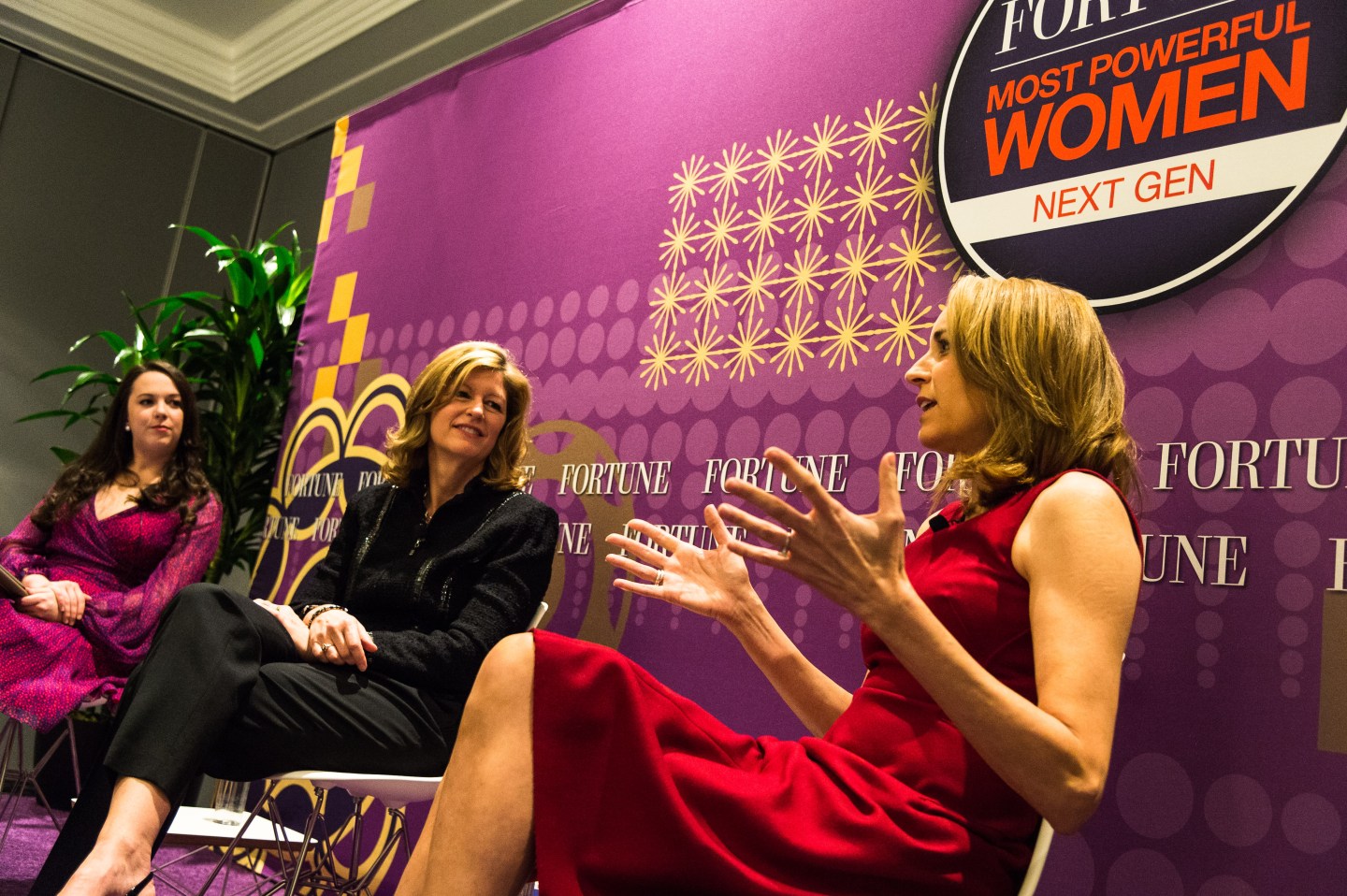 Women are graduating college at a higher rate than men, making the vast majority of household buying decisions, and for the first time in history, bringing home half of household income.

Which is why women need to, more than ever, embrace their own financial literacy, says Fidelity Investments President of Personal Investing Kathy Murphy. “Millennial women are the worst,” Murphy noted at the Fortune Most Powerful Women Next Gen Summit in San Francisco last week. During a session called “Invest,” with hedge fund manager Karen Finerman sharing the stage with her, Murphy said that just one in eight millennial women are the primary household decision-makers in day-to-day financial matters, according to a recent Fidelity survey. In comparison, one in four Boomer women are primary decision-makers.

This trend of millennial women, in particular, shirking their personal financial duties, is a bad thing when you consider that women outlive men and typically die single, without a spouse by their side. “Break the cycle,” Murphy told the Next Gen audience, urging the rising-star women in attendance to find time in their packed schedules and take control of their wealth before it’s too late.

Murphy speaks from experience. She was one of six children born to a salesman dad and a mom, a nurse, who was left undone by the death of her husband due to a heart attack at age 57. “My mom had no idea what to do,” she said.

Obviously motivated to lean in to her own finances, Murphy today oversees 15 million customer accounts, with a total of $1.7 trillion in assets, at Fidelity. She’s No. 42 on the Fortune Most Powerful Women list.

The other financial pro on the MPW Next Gen stage, Finerman, runs Manhattan-based Metropolitan Capital Advisors, appears on CNBC’s Fast Money and has two sets of twins, ages 17 and 13. She’s determined to teach her kids—two girls and two boys—to become as confident and comfortable about money as she and Murphy have trained themselves to be.

“You gotta tell them ‘You need to be financially independent,” Finerman said about how parents should talk to their kids. She recently started holding “family business meetings” to give her teenagers lessons and advice and a few scary truths as well. “Just talk to them about taxes, and watch them freak out,” she said, drawing laughter from the MPW Next Gen crowd. “This turns them into Republicans very quickly.”