Why we love mergers 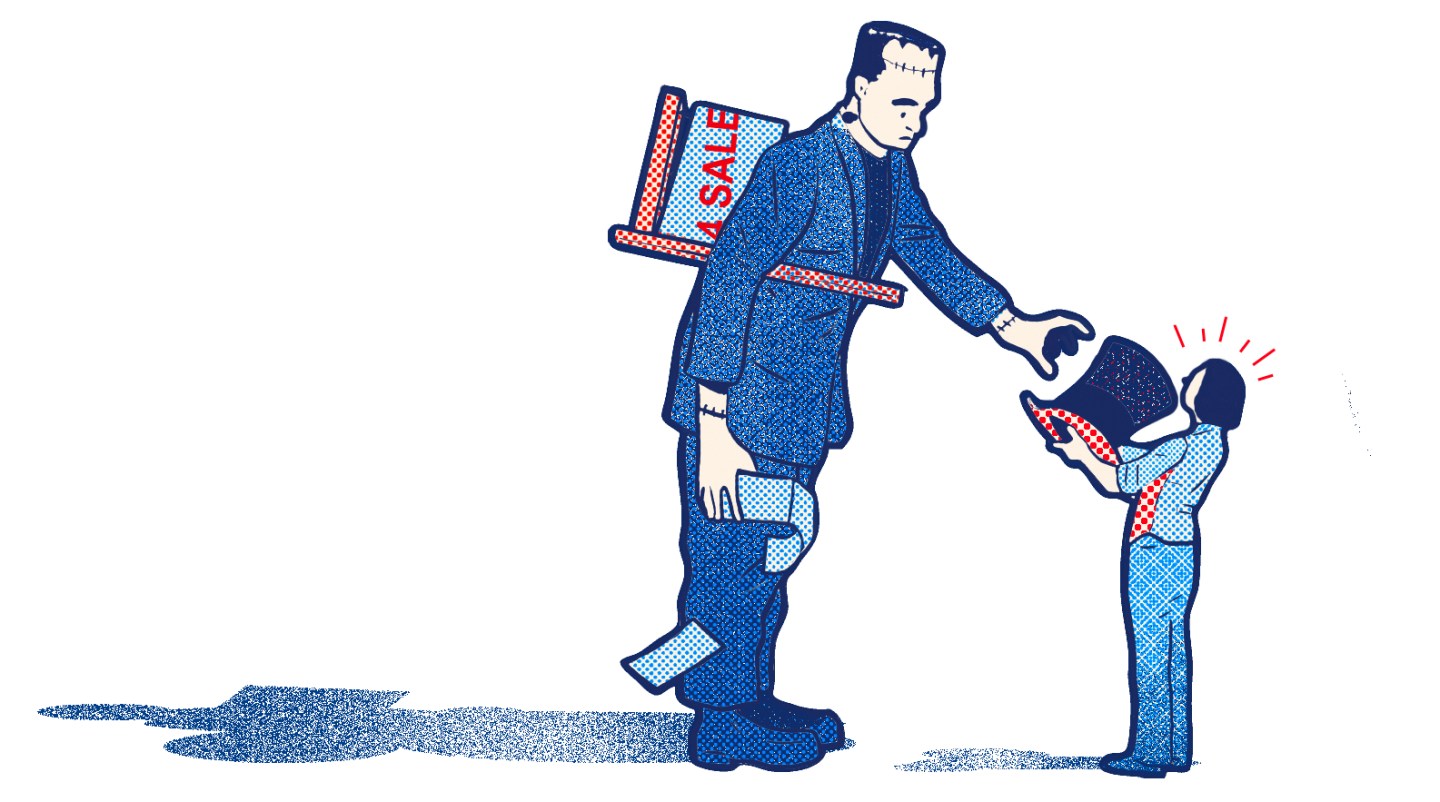 Before we begin this morning, students, I’d like you to Google the phrase “mergers fail.” I won’t ask you to Bing It! because I’m still annoyed at those guys for appropriating my name and somewhat diluting my brand.

In your search results you will see a host of articles contending that in up to 70% or 80% of cases, mergers dilute value rather than build it. This is obviously a canard that needs expunging. Why would there be so many mergers if the vast majority of them were a terrible idea? Businesspeople are wise and prudent. They would never embark on strategies that they know are likely to fail.

Why, just this year a host of merry mergers—trillions of dollars in action—have been announced in Big Pharma, telecommunications, entertainment, banking, and energy. Each is on its way like grain through a goose at the FTC, FCC, SEC—all the C’s that ostensibly regulate such activity. The common wisdom is that each one of these megadeals will probably pass muster. And why not? They’re obviously elegant, dynamic, well thought out by a phalanx of professionals dedicated to the subject, and likely to benefit everybody concerned. Well, almost everybody.

First, of course, are the bankers, whose disinterested passion for the art of the deal very often provides the spark that gets M&A activity going. Bless them, they engender the creative activity that drives the deal market. It’s only fair that they should skim the cream off the top of the transactional butter churn.

Then come the lawyers, who, like their banking counterparts, are not paid to question the long-term viability of the deals they facilitate. Yes, the reams of paper they produce will eventually make a barren tundra out of the last remaining old-growth forests on the planet, but without their efforts an incalculable number of independent companies would still be around, gumming up the big gears of Capital.

Real estate people have their oar in the water—out go the little stinky headquarters of one or both parties, in comes new space at megabucks per square foot, fresh and clean and unsullied, ready for the architect’s plans (money!) and construction guys (mo’ money!) and miles of sheetrock and paint and carpet and cable. Mergers don’t work? Ha! Ask the caterers who are right now delivering sandwiches to the guys building the IT infrastructure.

And let’s not forget business journalists. Know why? Because there is nothing more boring than business as usual. Yeah, yeah, we can idolize (or, if he’s with Uber, demonize) this digital entrepreneur or that wise old owl, or we can hump up the hill with the latest new mondo meme on our backs—Telecommuting! Open-plan offices! Hula-Hoops!—but, really, when you get right down to it, business as we live it every day is tedious. How much more interesting is the muttering of moguls, the smoke of war, the smell of burning headcount! Give us the sound of clanking armor in the night, the groans of the dying, the yelps of the winners.

And, yes, here comes Wall Street, whose stony bosom heaves at even the inkling of creative coupling. Up go the shares on speculation! Down they go on the news. Can we go short? Long? Dig in for the duration? Put a floor on it? Paint the ceiling? Open the window and throw the baby out with the bath water? Where’s the action? Where’s the game? Gotta have the game, or we’ll die from shame.

Which brings us to the public, you and me, liberated from the requirement to choose between competitors. One day, when all the M&As have been finished, we’ll have five big companies that do everything. And then there will be one. And peace will reign in the valley.

Finally, we arrive at … employees. Whoops. It seems I’m out of space. That’s okay. Doesn’t really fit my thesis anyway.