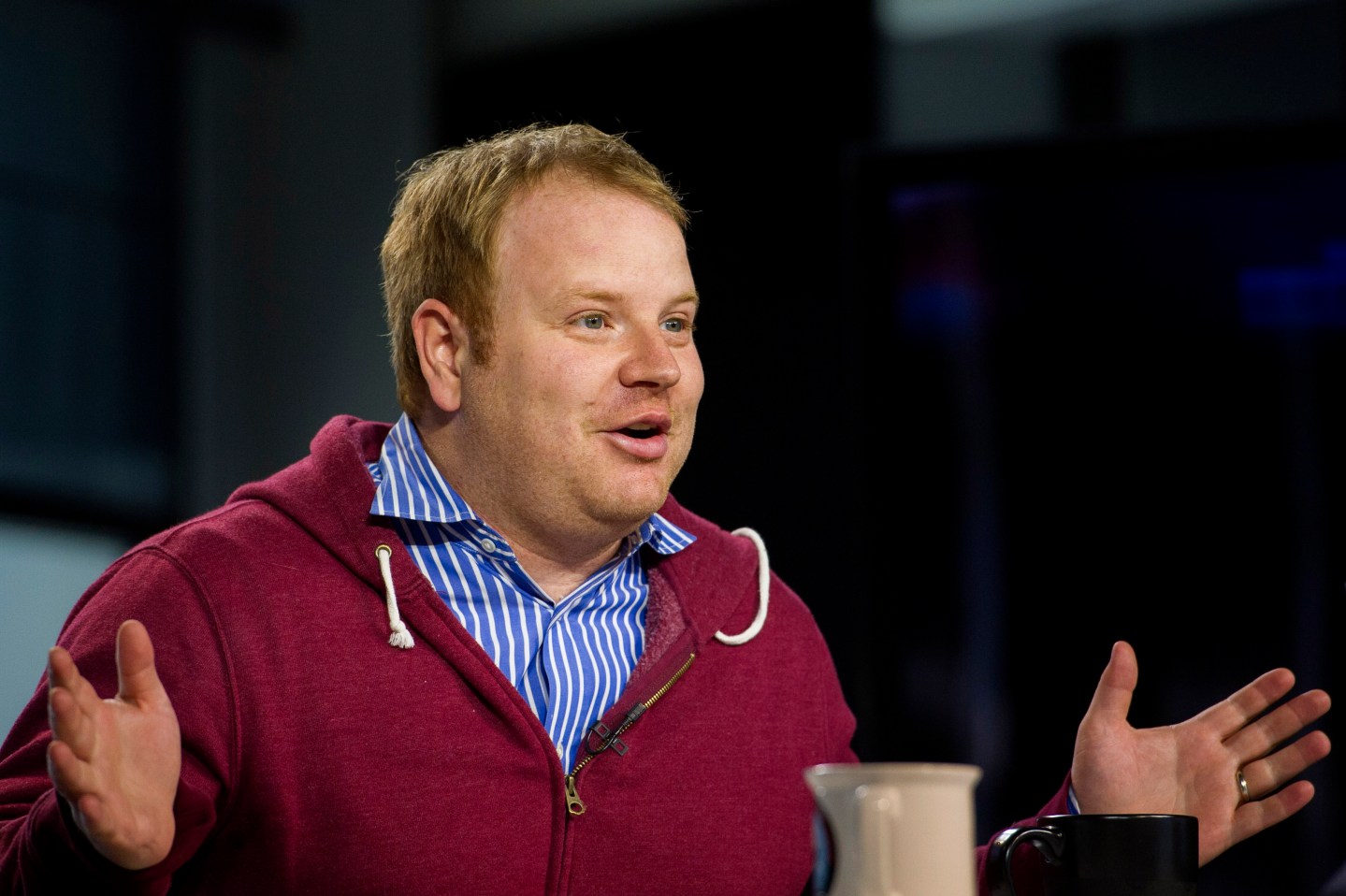 Two decades ago, the only way to book a flight was to call a travel agent, a middleman whose job was to connect you with vendors. That job is now obsolete, replaced by Internet-based services from billion-dollar companies like Priceline (PCLN), TripAdvisor (TRIP), and Expedia (EXPE).

Parker Conrad wants to do the same thing to health insurance. Insurance brokers, the middlemen of the $884 billion insurance industry, charge a hefty fee for connecting individuals and businesses with the insurance providers. Conrad believes that service is unnecessary in today’s world, so he built Zenefits, a software startup, to cut them out.

It has quickly caught on. Eighteen months in, Zenefits has 2000 paying clients and 450 employees. The San Francisco-based company has signed a development deal with Arizona to add 1,300 jobs there in the next three years. A June funding round worth $66 million valued the young company at $500 million. That was just six months after its previous funding round, which investors called “the hottest deal in Silicon Valley.”

Zenefits’ software helps small businesses manage all of their human resources functions in one place, such as health insurance, payroll, retirement funds and equity grants. The company gives its software away for free, taking a commission from vendors like insurance providers or brokerages. Zenefits is on track to double its entire revenue in the last four months of this year; monthly revenue is slated to be 20 times higher than last year’s. Conrad says he can’t grow the company fast enough to meet demand.

Insurance providers have no problem with Zenefits, Conrad says, because the company sends them new clients. But the brokers—those middlemen from whom Zenefits is stealing commissions—face an obvious threat. (Zenefits is itself a licensed insurance broker.) One broker recently told the San Jose Mercury News that “every broker in the country is scared now of Zenefits.”

This week that threat manifested itself in the form of a regulatory fight: Utah has moved to ban Zenefits from offering its software for free in the state. Utah Insurance Commissioner Todd Kiser sent a letter to the company outlining the ways Zenefits is breaking the law by offering free software. Most states, including Utah, do not allow insurance brokers to offer rebates to customers to get them to buy insurance plans.

Utah’s Insurance Department argues that Zenefits’ free software is a rebate, and therefore, illegal. A bulletin issued in June 2013 outlines that brokers cannot offer things like payroll services and data analysis, unless a “fair market value” fee is charged.

The state has asked Zenefits for a settlement fine of up to $97,000 with 24 months of probation, which would be waived if Zenefits began charging an acceptable fee for its software. A bulletin issued by the department in May outlines fair market value as determined by a survey of service providers in Western U.S. states. Charging a 500-person company $850 per year for full HR services is non-complaint because it is too low, the bulletin says. A more reasonable price for such services, according to the Department, adds up to tens of thousands of dollars.

Zenefits has stopped taking on new customers in Utah but continues to support existing ones while it makes its case to the Department.

“This whole thing is kind of bullshit,” Conrad tells Fortune. Other states, including Texas, Wisconsin, and Washington, have examined the Zenefits business model and decided it was legal. But Utah’s law regarding rebates is more explicit than other states, “by far,” according to a Utah state regulator who asked not to be named because the investigation is ongoing. For Zenefits to continue offering free software, it will have to get the law changed.

Conrad believes Utah’s commissioner Todd Kiser, who founded Kiser Insurance Agency, has been influenced by friends in the industry, and he intends to fight back. “I was picked on in middle school and one thing I learned was, if you’re dealing with a bully you’ve got to fight them and you’ve got to punch them in the face,” he says. “We’re right on the merits here.” Zenefits enlisted some high-profile friends to drum up support. Investor Marc Andreessen, whose firm led the most recent investment round in Zenefits, tweeted his support. So did actor, musician, and celebrity investor Jared Leto.

I just signed this petition to tell @govherbert to save @Zenefits and innovation in Utah. You should too. http://t.co/THAQqINQTo

It is ironic, according to Conrad, that a government agency designed to protect consumers would use its power to make small businesses pay for a free service. “There is something kind of Kafka-esque about it,” he says. “This is just blatant overreaching where the regulator is trying to protect brokers from competition.”

Conrad believes insurance brokers should build their own software to compete with Zenefits, rather than try to get it banned. “In 10 years, there’s no way companies are going to be doing this stuff with a fax machine. It’s all going to be done with software,” he says. “All of the existing brokers today are all fucked.”

Update: Utah Governor Gary R. Herbert issued a statement regarding Zenefits that hints at a willingness to change the law:

“In Utah, we take very seriously our goal to lead the nation as the best performing economy and our reputation as the most business-friendly state. We also pride ourselves on our willingness to embrace innovation and have proactively eliminated outdated and unnecessary regulations. While we have to uphold the law on the books, there are times our laws must adapt to changes in the marketplace. With the legislative session just a few weeks away, I am willing to work with all stakeholders to ensure Utah has the right policy to embrace innovative ideas while protecting consumers.”