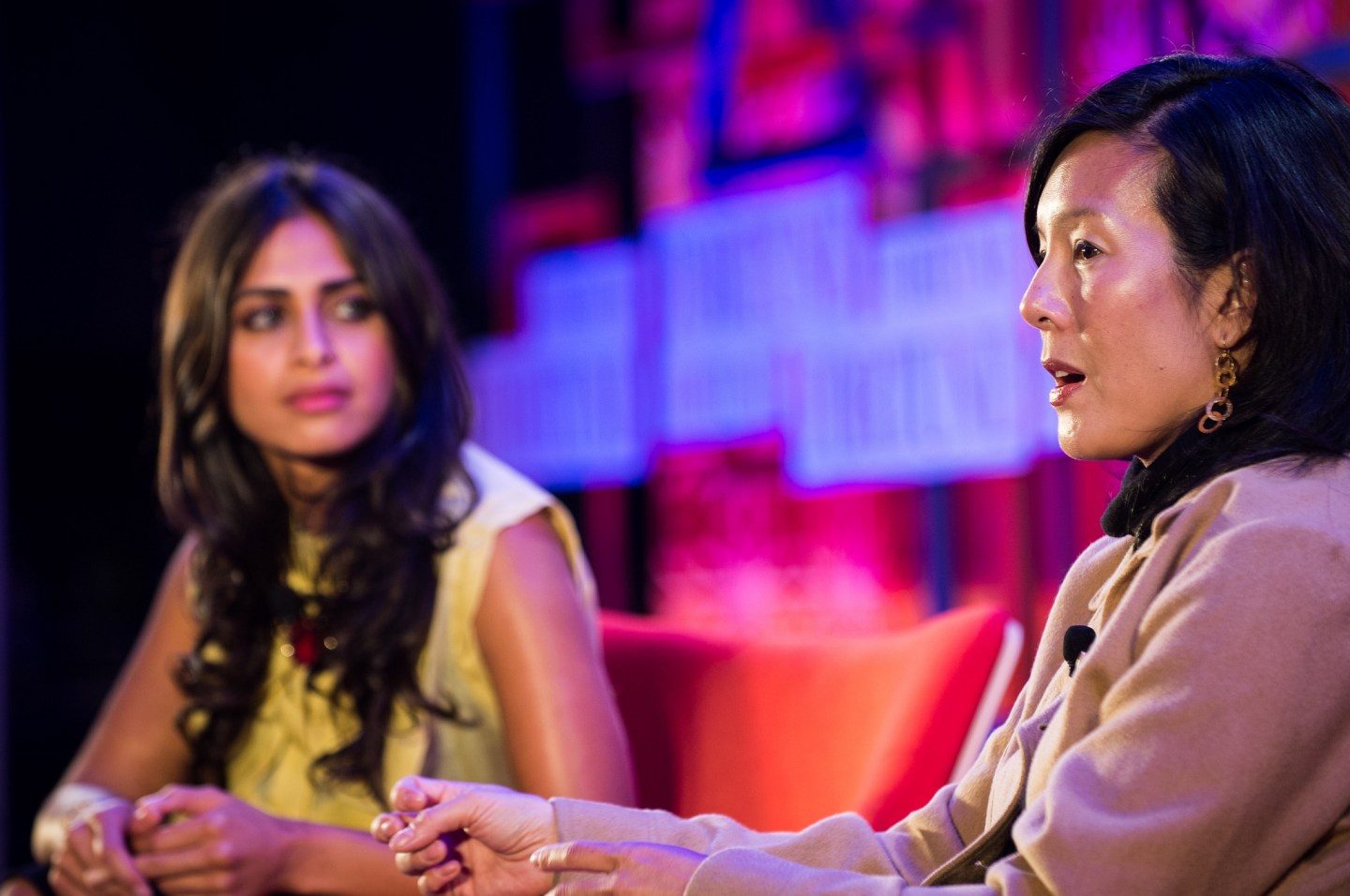 There’s an old saying that ideas are ten a penny, but turning an idea into a company is a different matter all together. At Fortune’s Most Powerful Women Next Generation Summit, venture capitalist Aileen Lee and Ruzwana Bashir, founder and CEO of travel site Peek.com unpacked their tips for raising capital, which they say is still a stumbling block for women.

Lee is the founder of investing firm Cowboy Ventures, as well as a strategic advisor for Kleiner Perkins. Bashir’s company boasts Google’s (GOOG) Eric Schmidt and Jack Dorsey of Square among its investors.

Lee explained that today’s investing world has changed from 15 years ago where most start-up teams were made up of Ph.D.s and industry veterans. Today, thanks to coding crash courses like Khan Academy, almost anyone can design an app. “It’s exciting,” she says, “but also much more competitive.”

Despite these strides, women entrepreneurs are still rare. Lee lead a study to find out what makes a a company a billion dollar hit. Of the 13 she listed, which include the likes of Facebook (FB), none were led by women. However, she said, things are changing: the next list has a few women.

Here are Bashir and Lee’s takeaways on raising capital:

Investors are gun shy. Get one name and everyone else wants to join. I had experience working at company that raised capital, those existing relationships gave me an in.

Investors look for hustle. It’s about, “Does the CEO have the ability to make things happen?”

It’s helpful to have a co-founder with a tech background, but we look to back teams where there’s a combination of skills, instead of having everything in one person.

Women tend to be more modest about what they’re claiming. VCs then compare them to male entrepreneurs who aren’t as cautious about what they are willing to say. There’s a confidence delta, and people think it means a difference in skills. As women we need to be extra assertive, more aggressive than we would otherwise be. The vision we have to paint is not just hundreds of millions but billions of dollars.