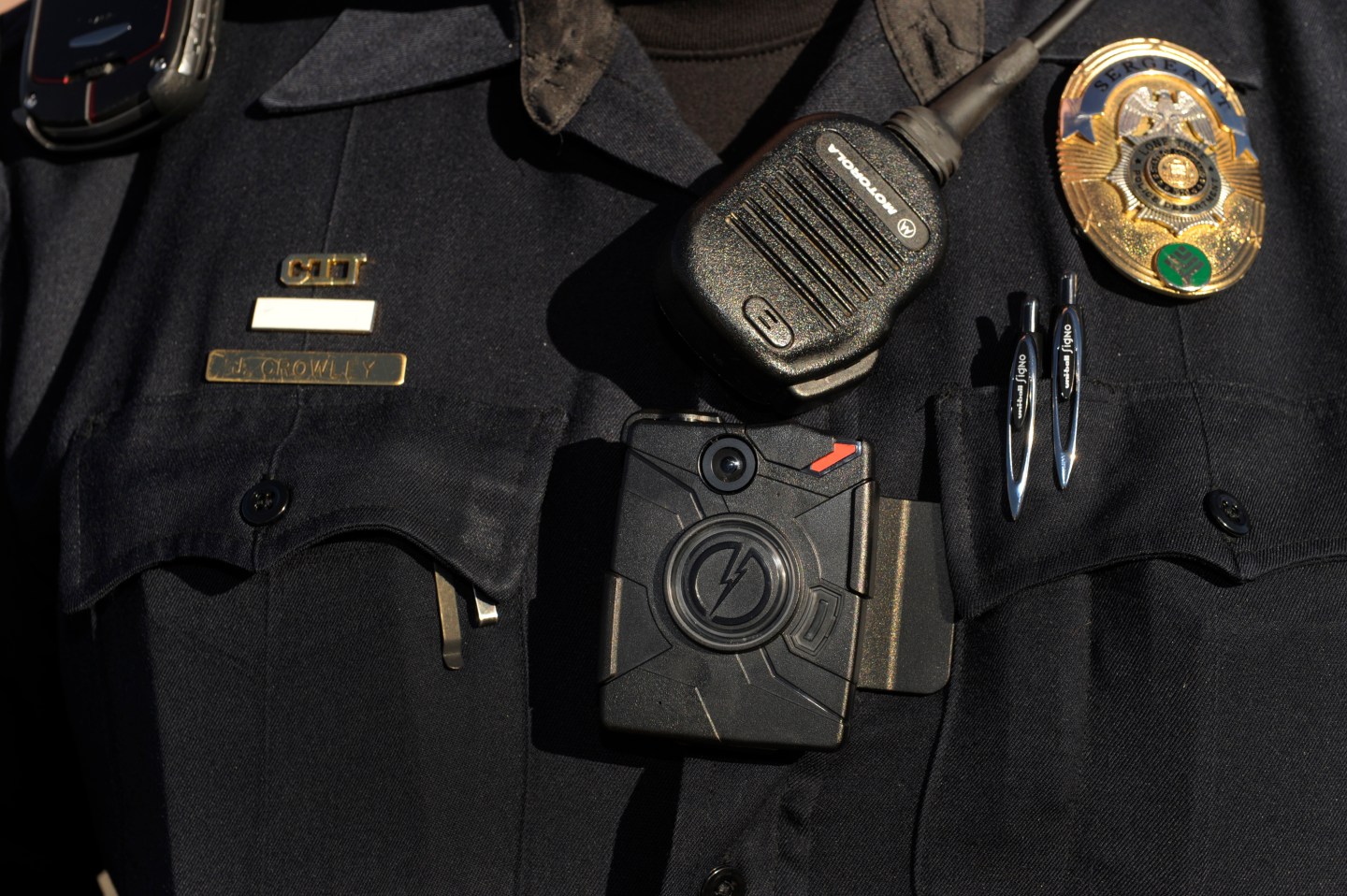 Taser (TASR) —best known for its stun guns — manufactures body cameras and has a cloud computing system to store the videos taken by officers. Digital Ally (DGLY) is another company that makes cameras that can be worn on a police officer’s shirt and record evidence of interactions between the police and civilians.

Obama has asked for $263 million in funding to help local police agencies buy the body-mounted cameras, which can record events from the point of view of a police officer. The money would come over three years and would match state funding up to 50%, according to a release from the White House.

Earlier this year, Taser announced a deal with the Los Angeles County Police Department. Although that contract isn’t completed yet, it’s thought the LAPD could be the first top five police agency to put a Taser body camera on every officer.