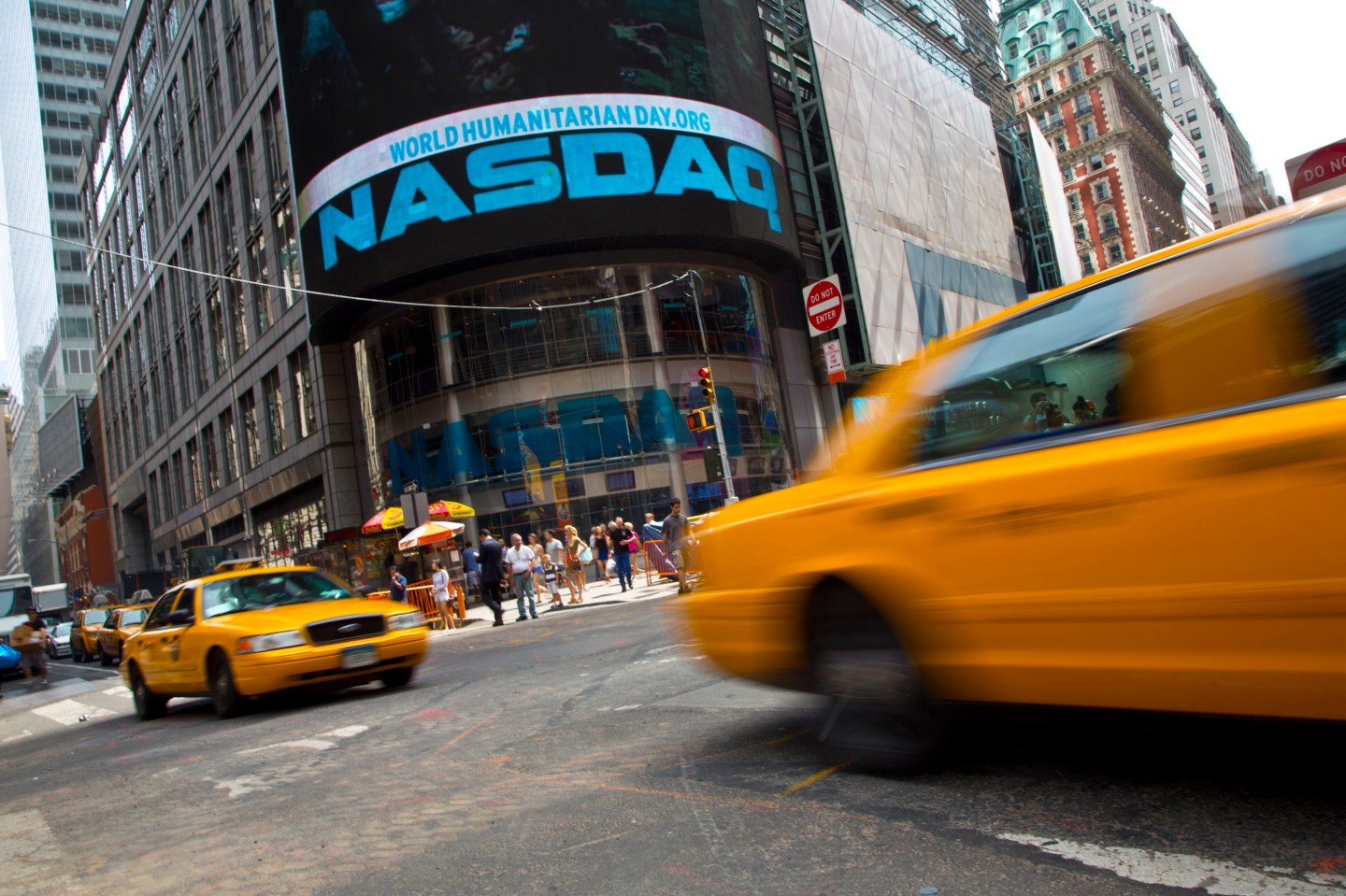 Stock markets retreated on Monday, but tech shares bore the brunt of a downturn sparked by news of a decline in holiday spending by shoppers.

The tech-heavy Nasdaq composite dropped 64 points, or 1.3%, on Monday to finish at 4,727. The dip ended a six-day winning streak for the index, which hit its highest point in 14 years on Friday, reaching almost 4,811 points during intraday trading the day after Thanksgiving.

Monday kicked off with a shock as Apple’s shares tumbled by as much as 6.4% less than an hour after trading began before eventually rebounding to finish the day down around 3.3%. Analysts were generally at a loss as to what caused the stumble, which briefly knocked about $40 billion off of the tech giant’s market value. Last week, Apple’s market capitalization passed the $700 billion mark for the first time, marking a doubling in its value since CEO Tim Cook took over three years ago.

Both the Dow Jones Industrial Average and S&P 500 also suffered their own declines on Monday, finishing down 0.3% and 0.7%, respectively. Stocks dropped after the National Retail Federation said retail sales over the long Thanksgiving holiday weekend were off by 11%. Fortune wrote today about retailers’ misfires, including earlier than usual deals, over the recent holiday.

The market did get some relatively good news on Monday, though, as a report on manufacturing activity in the U.S. showed a smaller decline than had previously been expected for the month of November.