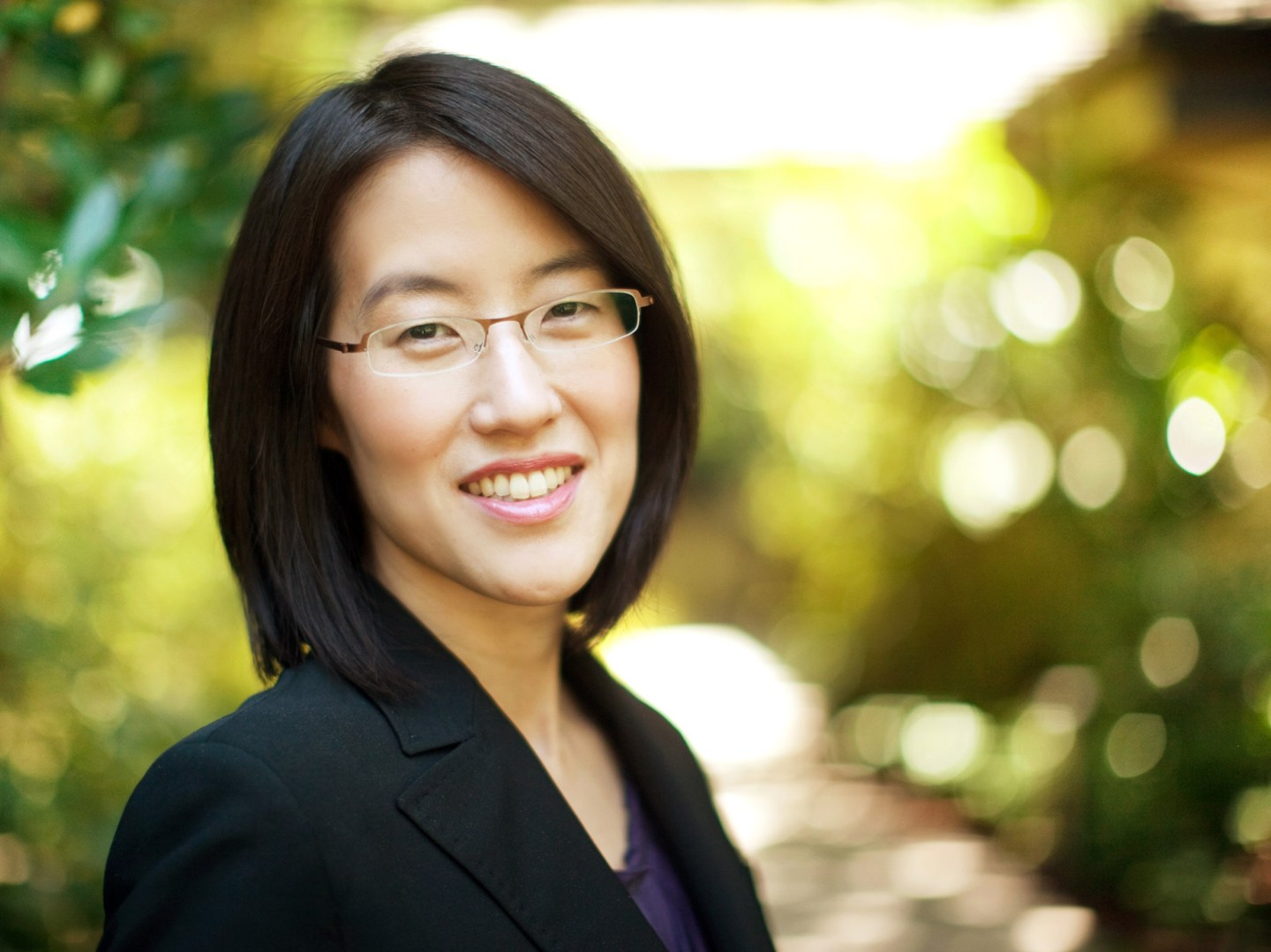 Men have long dominated Reddit — the self-proclaimed “front page of the Internet.” And judging by Fortune’s recent list of the best business-related AMAs, the site’s “Ask Me Anything” section is no exception.

AMAs, of course, are the format in which people — often famous ones — submit to being grilled with questions online by an audience of visitors with widely varying levels of sincerity and civility.

But in mid-November, Reddit named Ellen Pao as acting CEO, making her the first woman to fill that role. Soon afterwards we noticed Judith Rodin, president of The Rockefeller Foundation, conducting a Reddit AMA of her own. Inspired by those examples, we decided to take a look through the archives and compile a “best of” female leaders on AMA.

Some caveats: the pickings are slim, as relatively few women — particularly in the professional world — have been willing to subject themselves to the notoriously troll-packed forum. For those who did brave the often-trying waters, it required a certain mix of patience and humor, no doubt. (Madonna’s default response to the more ridiculous questions she got, for instance, was “send photo.”)

Still, we found plenty of nuggets of valuable advice from women leaders in the Reddit AMA archives. Here’s a sampling of some of our favorites.

Judith Rodin, president of The Rockefeller Foundation, and author of the new book, The Resilience Dividend: Being Strong in a World Where Things Go Wrong.

On the obligations of being a trailblazer: “It has been amazing to lead two great institutions as the first woman each time. But what I have learned is that much more important than being a role model is being a really available mentor for those coming up behind me. My generation felt that the women who succeeded before us — and there were very few of them — pulled the ladder up after them, and I am committed to not doing that.”

On picking a career: “Once I realized I couldn’t be Nancy Drew, I had to come up with a profession that was close.”

On starting out: “Just get to know as many people as you can. Treat them with respect, and most of the time, they will treat you similarly, if you know your stuff and ask good questions.”

On selling yourself: “When I started in the early 1970s, the only women in the beef industry were working as secretaries in the office. Being a woman in a man’s world was a much bigger issue than being autistic. I had to be twice as good as a man. It frustrated me that men could mess up a design project and still have a job. I learned I had to sell people my work.”

On determination: “I personally always wanted to walk on the Moon,” said Garver, who has since gone on to become general manager of the Air Line Pilots Association. “Google ‘astromom’ and you will read about my quest to go to space about 12 years ago. I even had my gall bladder removed in order to qualify for the flight!”

On workforce needs for the future: “We need more young engineers and scientists and yes, we have some big shoes for them to fill… I hope many of them will be wearing heels!”

On the writing process: “I’ve no idea how writing works. My son says I’m the least analytical person he’s ever met. I think I’m just an instinctual writer. It comes and I go with it. It’s from some other part of the brain. I’m just glad it’s still coming….”

Advice for others: Persistence. “Don’t believe in writer’s block. There are good days and not so good days. I get up and do something else knowing that tomorrow it will come. And if it doesn’t, then it’s wrong, and I have to move on. Just keep writing and don’t let anyone discourage you.”

On being an entrepreneur: “Absorb everything you can. Learn, teach yourself, research everything you need to know to about what’s required to achieve your goals. Anytime you hit a road block, you have to keep going forward, get smarter and learn from it and don’t ever give up!”

On the gender effect: “I don’t really think a lot about male vs. female. I think we are all equal and we create the opportunities we make.”

On inspiration: “I am inspired on a daily basis by my colleagues — Palestinian humanitarians. Despite having been through three major wars, having themselves been shelled and needing to find safety and shelter for their families and friends, they somehow, somewhere find the strength to get up in the morning, cross all manner of obstacles and danger to selflessly provide much needed humanitarian relief.”

On emotions at work: “Emotions are essential for humanitarian workers – we cannot be effective if we are automatons desensitized from human suffering. We are human. I try to positively channel my emotions into even greater resolve, conviction, strength and deep empathy into everything we at UNICEF aim to achieve and everyone I meet in our work.”

On motivation: “Physically, I had to relearn how to speak, eat, even breathe properly,” Hansen recounted in her AMA, which is now one of the most popular AMAs of all time. “But through it all, I was motivated by wanting to let people know that if a little old lady could survive something like this, so could they.”

On humor and small victories: “I figured I’d come this far, I might as well keep going and see if I could pull this off. Amazingly, I did…. It was a hell of a way to get a facelift.”

On the importance of role models: “I seriously considered committing suicide at many different points,” said Lindin, who published her middle-school diaries online as part of her effort to help other girls experiencing sexual bullying. “My parents, teachers, and guidance counselors reached out to me at different points, but I was too ashamed to confide in them. If something like The UnSlut Project had existed, I would have found comfort in knowing that other women had gone through similar situations and gone on to lead successful, happy lives. That’s why I started the project — to provide what I didn’t have to girls today.”

On gender inequities: “I think it should be everyone’s issue. We all create the culture our kids absorb.”