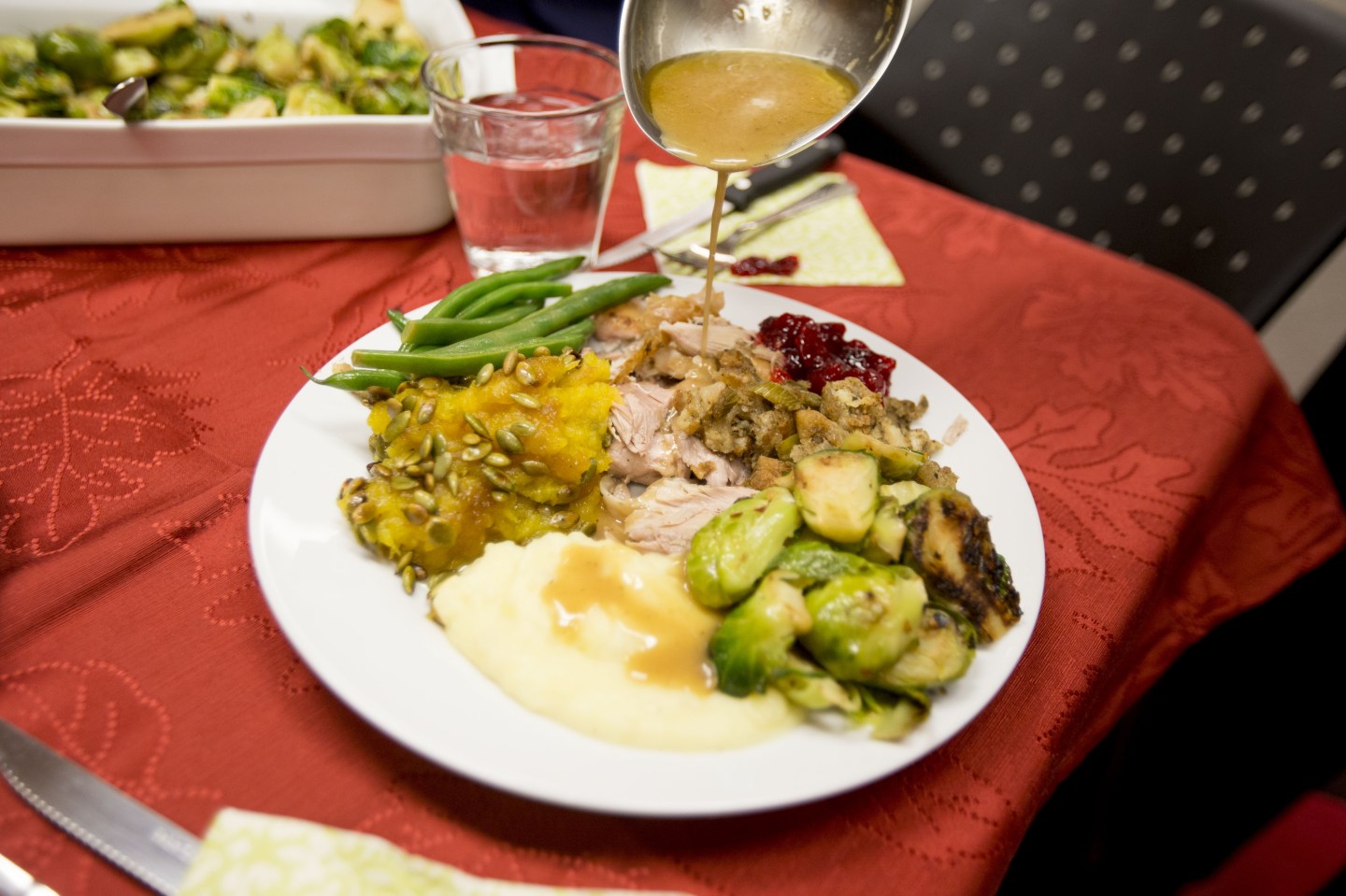 After sitting down at the Thanksgiving table, luscious spread of turkey, mashed potatoes, stuffing and cranberry sauce (fresh or canned, your choice) laid out in front of you, you might be wondering how much it all costs.

The quick answer: a lot. According to statistics provided by Nielsen, Americans will spend a whopping $201 million on whole turkeys in the week leading up to Thanksgiving. That’s 38% of all the money spent on whole turkeys during the entire year.

Turkeys will actually be a bit cheaper this year with prices of frozen whole turkeys down around 7.5%, according to Chris G. Christopher Jr., director of Consumer Economics at IHG Global Insight.

What would $201 million worth of turkey be, though, without side dishes? Americans will spend $85.7 million on potatoes and $41 million on onions during Thanksgiving.

Last year, one pound of yellow onions cost, on average, 78 cents according to the USDA. (Sure, there are different types of onions and you can get better prices buying in bigger quantities, but lets use this price for simplicity’s sake.) That works out to around 52,564,102 pounds of onions. The average medium onion weighs about half a pound, so that means we’ll use around 105,128,205 onions this Thanksgiving. A medium onion works out to about 1 cup when chopped, so this works out to around 6,570,512 gallons of onions (There are 16 cups in a gallon —yes, liquids are different from solids, but work with me.) An Olympic size swimming pool holds 660,000 gallons.

All that means that — and yes, this is all very rough — we could fill around 10 Olympic sized pools with the amount of onions we’ll be eating this Thursday.

Swim through that, Michael Phelps.