Diddy says he knows what liquor Millennials want to drink 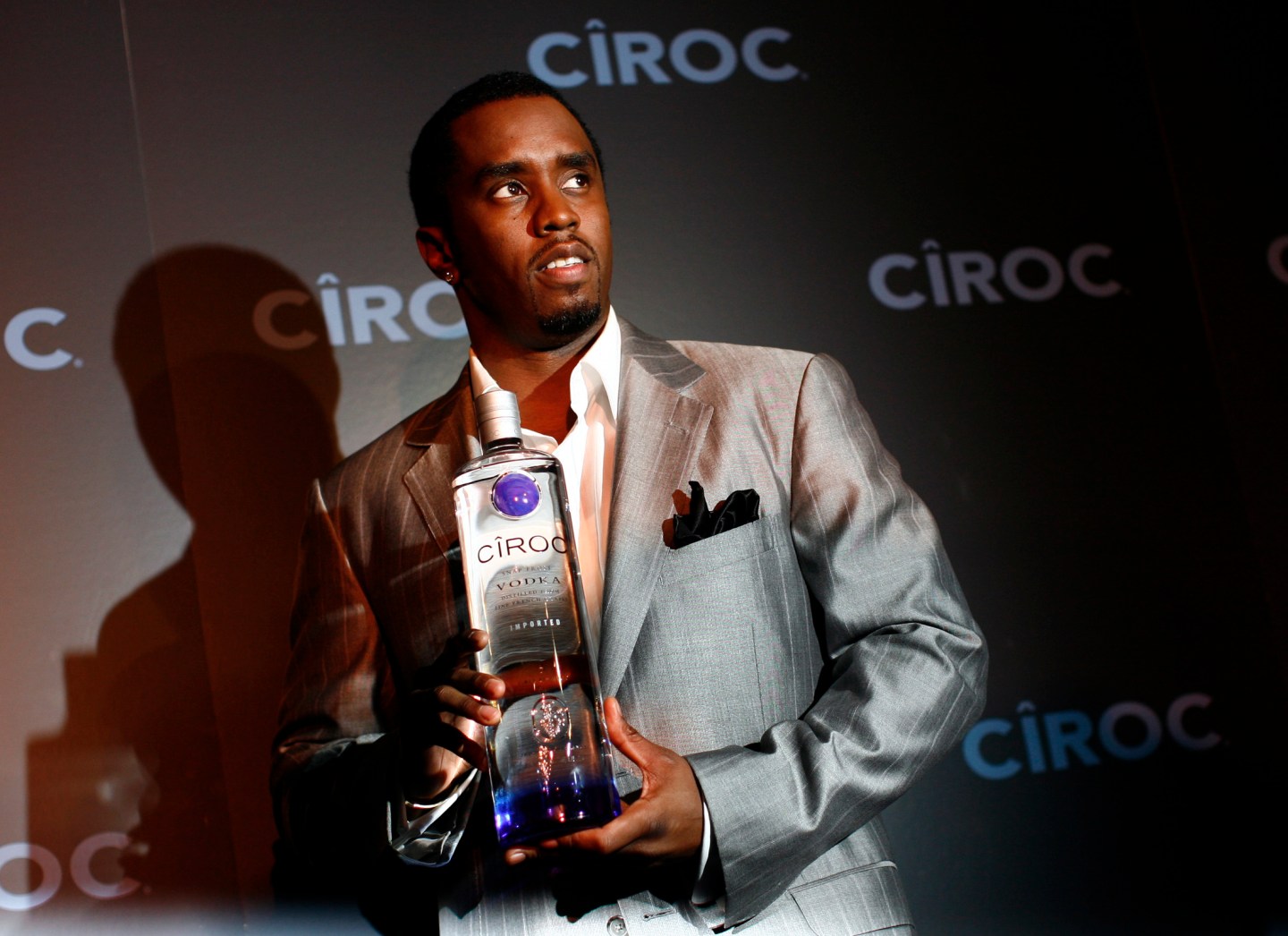 Sean “Diddy” Combs says he knows what liquor the influential Millennial crowd wants when they are out on the town.

“They are looking for Ciroc and DeLeón,” the entrepreneur told Fortune.

That observation shouldn’t come as a surprise, as Combs has some skin in the game when it comes to both Ciroc vodka and DeLeón tequila. He became the face of Ciroc in 2007 when he formed a strategic alliance with Diageo to develop and expand the vodka brand, which has grown from just under 50,000 cases at the time that partnership was announced into a nearly 2-million case brand today. Terms of the Ciroc deal are fuzzy, but it has often been described as a joint marketing and profit-sharing pact between Diddy and Diageo.

Details of the DeLeón partnership are more concrete. Beverage giant Diageo and Combs formed a joint venture early this year to buy the pricy tequila brand DeLeón, with each owning a 50% stake.

Diageo and Combs are moving quickly to expand the potential sales of their new investment. DeLeón on Thursday announced a new slate of tequilas that will begin to hit liquor shelves this month, priced between $60 and $75 per bottle. The prices for the three new tequilas are still premium, but not as high as the brand’s existing variants, which cost between $150 and $850 each.

“Tequila is an experience,” Combs said. “It is up there with Scotch and whiskey. With our tequila, we take pride on it being a superior quality product — the craftsmanship of our bottle, the attention to detail. You get what you pay for.”

Liquor companies are charging consumers more for their newest tequilas, as manufacturers focus more on the quality of the agave used to produce tequila and the distillation process. Patron, for example, this summer debuted a line of pricey drinks as part of the largest product launch in the company’s 25-year history. The “Roca” line by Patron retails at between $70 to $90, which is more expensive than the traditional Patron line and competes closely to the new DeLeón line.

When asked about his earlier media comments about wanting to “take on” Patron in tequila, Combs struck a conciliatory tone, but says he intends to “disrupt” the category.

Combs said he intends to take a different approach with DeLeón than he did when he helped promote Ciroc. Though featured in many of Ciroc’s advertisements, Combs said his image won’t be utilized for the tequila line. In both cases, Combs said he is taking more of a “new American, Millennial approach,” saying that advertisements for the liquor brands he backs will showcase a diverse group of consumers, as opposed to rival ads he claims features less ethnic diversity.

“That is so tired, so outdated, so wack,” Combs said. “I’ve come to disrupt how [advertising] has been done.”

From 2002 through 2013, U.S. imports of tequila have risen 83%, at an average rate of 5.6% per year according to the Distilled Spirits Council of the United States. Much of that growth has been for the priciest tequilas, helping increase the total supplier revenue to more than $2 billion a year. That growth has lured a lot of celebrity interest, as both Justin Timberlake and George Clooney are backing tequila brands.

Unlike those competitors, Combs already has a massive hit on his hands. Ciroc’s net sales surged 90% in 2008 on the marketing heft that Combs brought to the table, and the brand is now among the most popular ultra premium vodkas sold in the U.S. Alcohol beverage insiders say the Ciroc-Combs partnership is one of the most successful in the distilled spirits industry. A lot of celebrities have tried to launch an alcoholic line, but those efforts aren’t always successful.

Combs said his investments in the spirits industry match his interests: he personally drinks vodka and tequila (and for tequila, Combs says he prefers it either straight or with a splash of lime).

Combs and Diageo have a lot of room to grow DeLeón. The brand doesn’t rank among the top 20 most popular tequilas sold in the U.S. across the retail channels tracked by Chicago-based market research firm IRI. Patron and Jose Cuervo top that list.

To boost DeLeón’s sales, Combs said it is critical to get the tequila into the nation’s top clubs and restaurants. That’s a keen strategy for celebrity brands, which are aspirational in nature (who doesn’t want to party like Diddy?) But Combs said celebrity brands also face some barriers, lessons he learned when he was promoting Ciroc.

“With Ciroc, people may have thought that [the vodka] was for African Americans,” Combs said. “People wanted to put it in a box. So the biggest lesson I learned is that I had to work harder to overcome those perceptions and create a wonderful product regardless of my color, regardless of my celebrity. The reality is I have to work harder than other brands to do that.”