Patron bulks up the liquor cabinet with a new tequila line 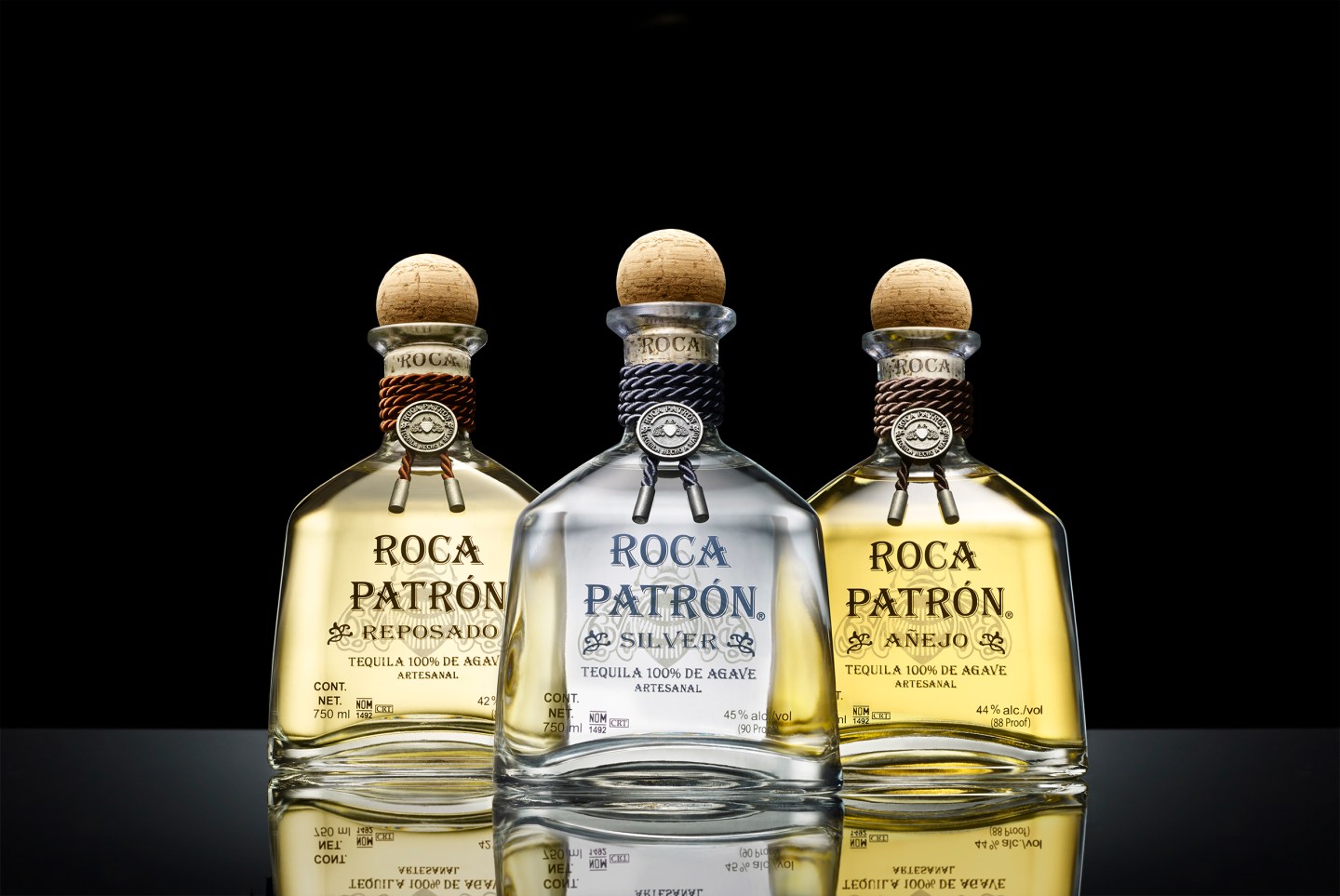 Patron, facing an onslaught of competition from celebrity-endorsed tequilas, is fighting back this summer with a line of pricey drinks as part of the largest product launch in the company’s 25-year history.

In August the Mexico-based spirits company will begin a national rollout of the “Roca” line: three new tequilas that retail between $70 and $90, which is pricier than the traditional Patron line. The alcoholic content, or proof, of the new Roca line is higher, too.

“The higher proof is easier on the nose,” Patron distiller Antonio Rodriguez told Fortune. “In this case, we have tons of aromas, and by having a higher proof it’s easier to smell those aromas.”

All tequilas are made from the blue agave plant, but the Roca line is among the few that fully commits to a centuries-old tahona process, in which cooked agave is crushed with a two-ton volcanic stone wheel. That process releases agave juice, which is used with agave fiber to create the tequila. The tahona process, used by just a handful of Mexico’s 160 tequila distilleries, is more time consuming and expensive, but it creates tequila with great complexity, Patron claims.

When tequila first became popular in the U.S. in the 1980s, the spirit was known for its harsh flavor and low price tag. Tequila was mostly popular as a shot with a lime chaser, or in a margarita, but not in many other drink creations.

But Americans are starting to view tequila differently, partly because bartenders are using the spirit for unusual concoctions. Patron is encouraging consumers enjoy Roca either “neat,” which is an alcoholic beverage without ice or a mixer, or in a high-end cocktail.

Since 2002, U.S. imports of tequila have soared 83% through 2013, according to the Distilled Spirits Council of the United States. The growth has been stronger on the higher end, with so-called “super premium” tequilas posting volume growth of nearly 482% over that period.

That sales growth has courted the attention of some high-profile celebrities. Both Justin Timberlake and Sean “Diddy” Combs have announced plans to enter the tequila category, working with spirits powerhouses Beam Suntory and Diageo, respectively. Actor George Clooney has also backed a tequila brand.

The “wow factor” celebs bring to the industry comes as many tequila brands are angling to move the spirit upscale. Tequila prices have also reached new heights: a bottle of Gran Patron Piedra costs around $400, while Patron Gran Burdeos is north of $500. Diddy’s DeLeon tequila has a variant with a suggested retail price above $1,000 per bottle.

Roca’s price structure is much more affordable, albeit still on the high end. Applbaum said it was important for Patron to laud the complexity of the Roca flavors and the process behind the distillation, but also price the line to remain accessible to a broader audience.

“Spending $70 or $80 on a bottle of tequila is a real commitment,” Applbaum said. “That’s something that not so many years ago would not have happened.”