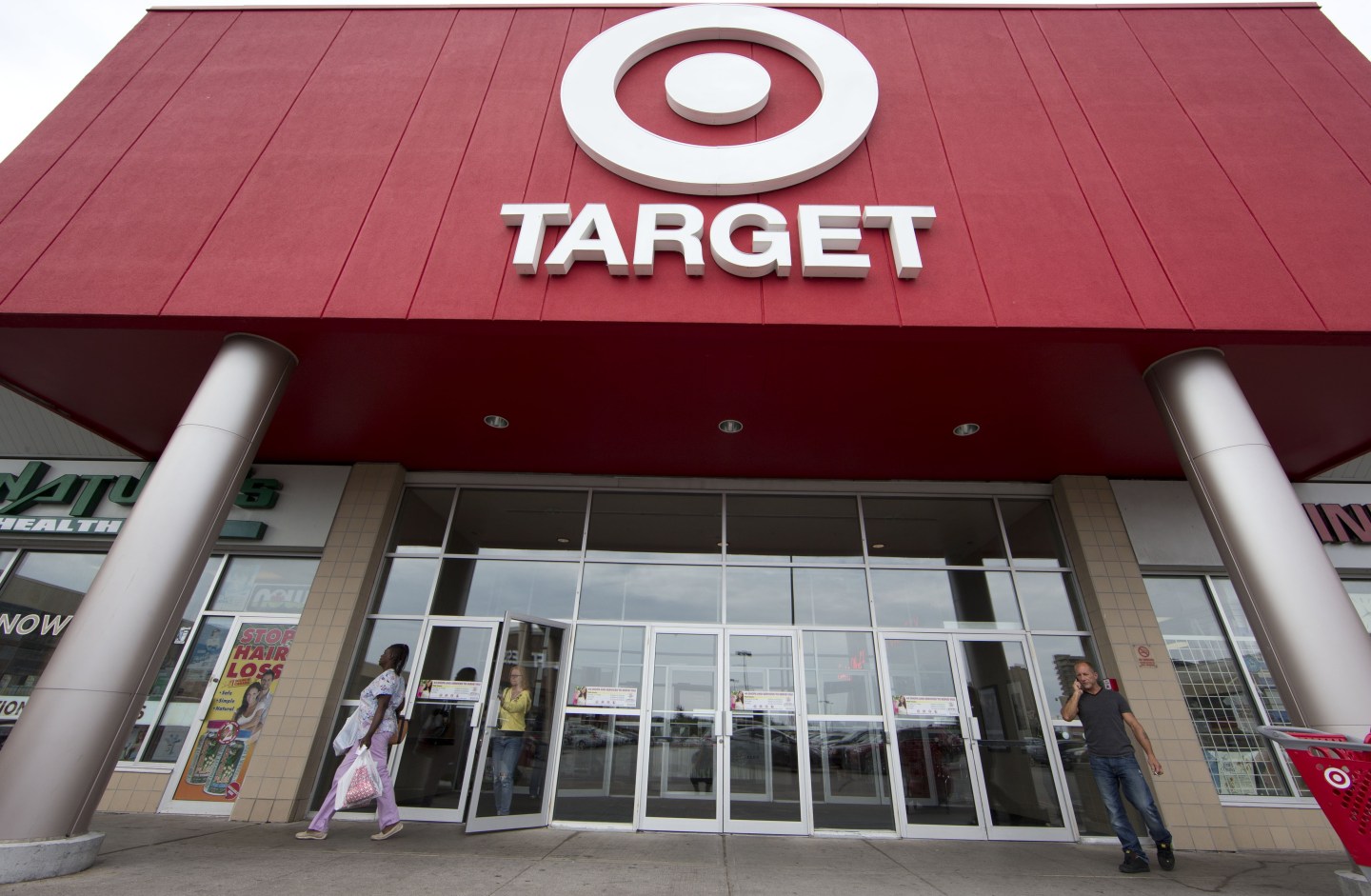 After Home Depot (HD) reported yesterday, fellow retailer and victim of a major data hack Target (TGT) reports earnings this morning. In other news, the U.S. Senate rejected the Keystone Oil Pipeline, and the Takata airbag recall issue just got far worse. Also, keep an eye on housing starts later this morning for a sense of how the real estate sector is faring.

Retailer Target reported its third-quarter earnings this morning, posting a surprise increase in profit as sales beat the retailer’s expectations. The results are good news for new chief executive Brian Cornell. Shares of the retailer have done well lately, and some analysts are optimistic about the outlook for the company. Last year’s data breach is likely still on shoppers’ minds, though, especially with the holiday shopping season ramping up.

New home construction numbers come out today, with market watchers hoping the rebound seen in September continued last month. In September, the number of new homes built increased by 8.6% from the prior month. One thing some would like to see change, though, is the housing mix — almost all of the growth last month was in multi-unit homes, while single-family homebuilding was still somewhat stagnant.

3. Takata recall could be growing

The issue of malfunctioning airbags from Takata could be getting even worse. The National Highway Transportation Safety Administration announced yesterday that it hopes to expand the recall nationwide, which could mean millions of cars from a variety of automakers are recalled in the U.S. In the past 6 years, 16 million cars with Takata airbags have been recalled worldwide.

4. Everyone is waiting on the Fed

When the Federal Reserve is doing something, Wall Street waits on tenterhooks. That will be the case today, as the minutes from the Fed’s latest meeting, when it brought its latest bond-buying program to an end, are published. Last month, the minutes resulted in a rally on the Street. Will that be the case today?

5. Netflix going Down Under

The streaming video service is headed to both Australia and New Zealand, the company announced today. The content that will be available has not been confirmed yet, but the move means Netflix (NFLX) is now available in more than 50 countries.