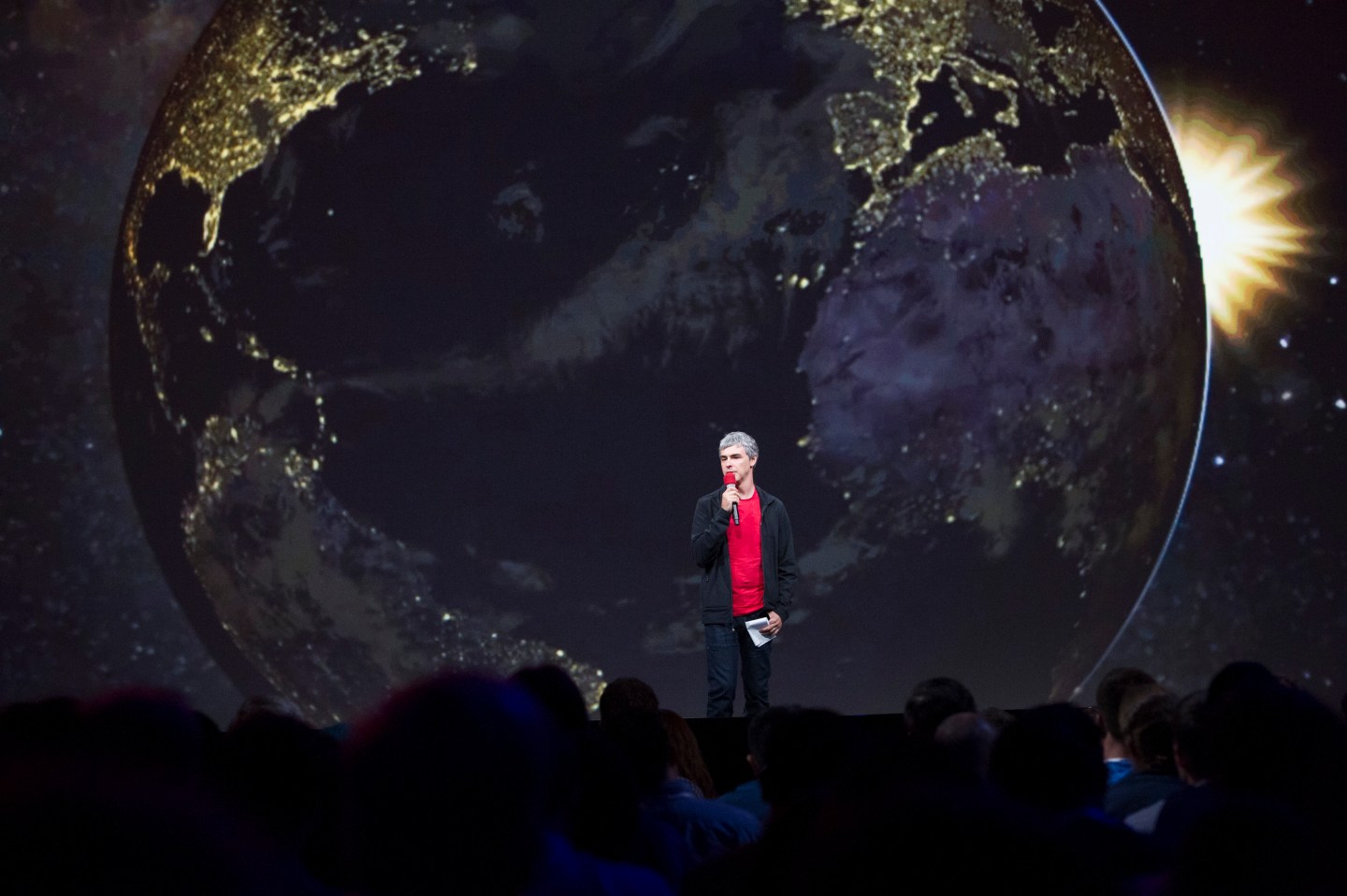 Larry Page, co-founder and chief executive officer at Google Inc., speaks during the Google I/O Annual Developers Conference in San Francisco, California, U.S., on Wednesday, May 15, 2013. Page disclosed a health condition that can result in hoarse speech and labored breathing, though according to doctors won?t impede him from running the Web-search provider. Photographer: David Paul Morris/Bloomberg via Getty Images
Photograph by David Paul Morris — Bloomberg/Getty Images

Steve Jobs, the late Apple CEO, famously said that a course in calligraphy he dropped in on at Reed College instilled in him an aesthetic that inspired the typefaces and fonts of the original Macintosh computer and eventually those of the entire PC industry.

“If I had never dropped in on that single course in college, the Mac would have never had multiple typefaces or proportionally spaced fonts,” Jobs said during a commencement speech at Stanford University in 2005. “And since Windows just copied the Mac, it’s likely that no personal computer would have them.” Jobs went on to say that it didn’t become apparent until much later how that single course impacted the “wonderful typography” of personal computers. “Of course it was impossible to connect the dots looking forward when I was in college,” he said. “But it was very, very clear looking backwards ten years later.”

As Google CEO Larry Page looks backward, he’s realizing how much his musical education inspired critical elements of Google—especially his impatience and obsession with speed.

“In some sense I feel like music training lead to the high-speed legacy of Google for me,” Page said during a recent interview with Fortune. “In music you’re very cognizant of time. Time is like the primary thing.”


Page, who grew up in Michigan, played saxophone and studied music composition while growing up. During college at the University of Michigan, he developed a business plan for a company that would use software to build a music synthesizer. That project, which required the software to work in real time, opened his eyes to a what he saw as a flaw in the software that powers most computers.

“It’s amazing to the extent I think that modern operating systems are terrible at being real-time,” Page said. “If you think about it from a music point of view, if you’re a percussionist, you hit something, it’s got to happen in milliseconds, fractions of a second.”

Page’s speed obsession was baked into Google (GOOG) from day one. Page believed, and later measured, that the faster Google’s search engine returned answers, the more it would be used. He fretted over milliseconds and pushed his engineers—from those who developed algorithms to those who built data centers—to think about lag times. He kept Google’s home page famously spare in its design because it would help the document load faster. To this day, atop the search results page, Google tells users how long it took to find answers to a query. Search for “Larry Page and speed” and above the first link you may see “About 21,100,000 results (0.47 seconds).”

During product demos, Page is known to count in his head and complain if he thinks a product is slow. When Google developed the Chrome web browser, it was optimized for speed. And Page’s focus on speed had an impact well beyond Google itself. In 2010, Google began taking into account the loading speed of a website when it ranked in search results. That pushed web masters around the world to work on optimizing their pages for speed.

The whole Internet may be faster because of him, but that doesn’t mean Page is satisfied.

“It’s amazing to the extent to what software developers kind of get lazy, and they’re okay with things taking a while,” Page said. “But it’s really not okay.” After a short chuckle, Page added: ”People can process information really quickly. And if your phone is sluggish or whatever, it’s a huge problem.”

Page may have not relaxed his exacting demands for products to work in real time. But since he took over as CEO in 2011, he began insisting that Google focus on another critical element that was also inspired by his music education: beauty.

Page determined that beautiful design and speed no longer needed to be at odds, and he pushed his engineers and product managers to focus a new, unified, and more elegant design, for all of Google’s web products. The initial effort, internally called Project Kennedy, first focused on Google’s search page, and later touched virtually every other Google service. Since then, visual design has become an integral part of the development process, especially on mobile.

“I do think there is an important artistic component in what we do,” he said. “As a technology company I’ve tried to really stress that.” Page says he learned to appreciate that “artistic component,” in part through music.

Now, Page’s interest in music has taken a new turn. How it will impact Google, if at all, remains to be seen. “The last couple of years I’ve been trying to learn percussion a bit, which has been challenging,” he said.