Openness and transparency will not solve our problems 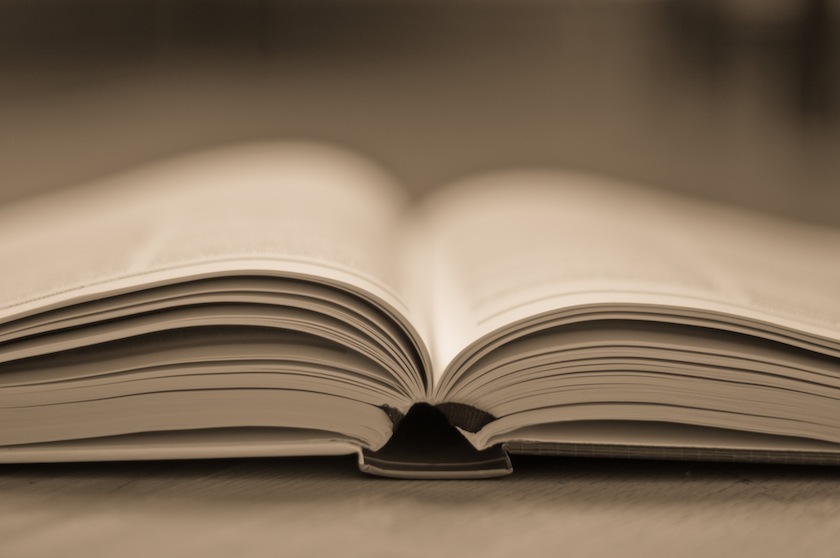 On Election Day this year, voters defeated a proposed soda tax in San Francisco (although they passed one in Berkeley) and defeated laws requiring the labeling of genetically modified food ingredients in Colorado and Oregon. We know that beverage companies spent at least $9 million in San Francisco, that biotechnology and food companies spent $14 million in Colorado, and that in Oregon, DuPont and Monsanto alone put up more than $10 million to defeat the food labeling initiative.

We know these facts because there are disclosure requirements that make campaign contributions fairly transparent. But as these election results demonstrate, transparency—knowledge about company actions—frequently doesn’t change outcomes.

I am a fan of transparency—more disclosure is better than less, more information is often helpful. But transparency alone can’t fix many problems. This is why I have little sympathy for the “new power” and “social media changes everything” set, with their Pollyannaish views of how the world works.

Colleagues and the media repeat the mantra all the time: the Internet and social media have changed everything. In 1999, Larry Ellison, Oracle’s then-CEO said, “When I say the Internet changes everything, I really mean everything.” And Harvard Professor Rosabeth Moss Kanter blogged about a G-8 Forum in Paris where the Internet “was venerated as a revolutionary force” and a tool for empowering people.

The logic behind these statements: Everyone (at least people with an Internet connection and an access device) can know almost everything about companies, products, political leaders, countries, and elections. People can communicate what they know and see to others quickly and inexpensively. Transparency, so the theory goes, constrains bad actors and provides powerful incentives for companies to become better employers and behave better to their customers.

Moises Naim has proclaimed The End of Power because, as one review of that book noted, “the ability of elites to use their assets to influence and shape the world has dissipated” because elite behavior is now out in the open. This year The Great Place to Work Institute, when it released its 4th annual best multinational workplaces list, proclaimed “the dawn of the great workplace era” because “transparency is exposing and punishing less-than-great organizations and rewarding good ones.”

Not to throw water on the GPTW’s kumbaya parade, but I don’t see any evidence of nirvana arriving. To take just two, out of scores, of data points, Gallup reports that only 13% of employees are engaged at work, and the Edelman Trust Barometer report for 2014 found that just one-quarter of the public “trusts business leaders to correct issues” and just 20% think that business leaders will tell the truth and make ethical decisions.

So, why is transparency less of a panacea than you might expect?

Remember when there was a big push to first disclose the costs incurred by various mutual funds and then make those disclosures easier to understand? Costs didn’t change much and neither did the proportion of money going to various funds.

It was a similar story for the costs of 401(k) retirement plans. Even though the federal government requires that plan fees and costs be disclosed, as a recent article on this issue noted, “few employees question how much they are being charged.”

People are busy going about their lives. Just because information is available doesn’t mean that individuals will access or use it.

Sometimes, we don’t have much choice in the matter

Even if people want to use the ever-more-available information, such as those ubiquitous consumer ratings, they may not be able to.

It is scarcely an accident that in the American Customer Satisfaction Index scores for 2013, the lowest ranking industries were the U.S. Postal Service, wireless telephone service, Internet service providers, airlines, and subscription television services. Why? Because these are industries that don’t have to respond to customer desires, so they don’t. Most locales offer a very limited choice of television and Internet providers and wireless plans. Tom Wheeler, the chairman of the FCC, commented that 75% of American homes have no choice at all if they want high speed Internet. The Postal Service is a monopoly for first class mail, and airlines, through the fortress hub strategy—controlling a substantial proportion of the traffic from one hub airport—are essentially monopolies in many places. If you live in Detroit, you are probably going to fly Delta, and in Dallas, it will be American Airlines. So why bother looking at customer satisfaction ratings or user reviews? You can’t use the information to make decisions.

Sites like Yelp and TripAdvisor affect business behavior and empower consumers because the markets they aggregate data about—hotels, restaurants, business, and personal services—are for the most part highly competitive with many available options. In those circumstances, people can change their choices and act on information. But in many markets, the absence of choice renders transparency essentially useless.

We are terrible at incorporating and discounting information

Since 2009, the beverage industry has spent more than $117 million to defeat or eliminate soda taxes. According to Michael Jacobson, executive director of the Center for Science in the Public Interest, “they have had a good track record.”

That’s because people are notoriously unsuccessful at altering their judgments based on knowledge of the funding behind persuasive messages they receive. What is salient is the message, repeated endlessly, not the disclaimers in small type that explain where the money for those ads came from.

Similarly, even though there is evidence that studies funded by drug and medical device manufacturers are more likely to produce results favorable to the funder, and even though payments by drug companies to doctors must now be disclosed, “drug and device companies made 4.4 million payments … adding up to about $3.5 billion” just between August and December 2013. These companies are not wasting their money. They know that disclosure of such payments will not completely eliminate their effects on physician advocacy, which includes prescribing behavior and reported research results. Moreover, drug companies understand that even when people know the funding sources, they will be psychologically incapable of sufficiently discounting the publications touting drug or device efficacy.

Simply put, buying influence and persuading others is possible even if people are aware of the details of the transaction.

We rationalize decisions that serve our interests

When a Malaysian civilian airliner with almost 300 people was shot down over eastern Ukraine, it did not matter if Russia had been actively helping the rebels or might have supplied the missile that caused the tragedy. Russia has a big energy industry, and the foreign oil companies that profit from doing business with Russia steadfastly opposed sanctions—the facts about what Russia was doing be damned. For instance, Christophe de Margerie, the late CEO of French oil company Total, called European Union sanctions “unfair and unproductive” and opposed efforts to economically isolate Russia. BP worried that “further economic sanctions could adversely impact our business” while the company stuck to a business-as-usual policy with Russia.

Don’t believe for a moment that China’s government is worried about the images coming out of Hong Kong as it copes with the demonstrations. The Chinese, too, know that people are readily able to rationalize doing what they want to do even in the face of transparent information. And there are many countries, businesses, and universities that see doing business with China as essential to their economic success.

In an article entitled “Tip of the Hat, Wag of the Finger,” some marketing scholars described the two processes people employ to overcome moral qualms so they can continue doing business or supporting questionable actors. They are called moral decoupling and moral rationalization. Moral decoupling implies that behavior in one domain is irrelevant to decisions in another—shooting down an airliner is disconnected from securing energy supplies, for instance. Moral rationalization maintains that the bad act isn’t so bad after all—for example, the Chinese are only exercising their legitimate control over a part of their territory ceded to them by the British.

A person’s ability to develop rationalizations to continue doing what they want to do or perceive to be in their interests has the power to overcome any element of transparency.

Transparency can have perverse effects

To make matters worse, recent psychological research has found that transparency and disclosure can actually increase bad behavior. One set of experimental studies, which examined the effect of disclosures of conflicts of interest, observed two processes that produced this perverse result. First, when business advisors knew that conflicts of interest had become transparent, they felt freer—morally licensed—to provide more biased recommendations in the first place. Similarly, when people know that those that they are transacting with are going to have legal representation or other agents working on their behalf, they feel freer to try and take advantage of their counterparties. The knowledge that someone has a good advisor excuses those interacting with that individual from a sense of moral obligation to help care for the other person.

Second, the research demonstrated that when people are told they are receiving advice from someone with a conflict of interest, the individuals don’t sufficiently take this information into account when deciding whether or not to act on the advice.

What can you do about it?

Transparency and sharing information through social media does not remove the need for vigilance and even the use of power. Passing soda taxes or food licensing or imposing sanctions on nations that violate human rights requires more than data or even dramatic pictures—it requires that proponents develop and use political and economic power just like their adversaries do. Don’t count on transparency alone to keep misbehavior at bay or empower ordinary citizens. Except in unusual circumstances, it won’t.

Jeffrey Pfeffer is Thomas D. Dee II Professor of Organizational Behavior at Stanford’s Graduate School of Business. His latest book, Leadership B.S.: Fixing Workplaces and Careers One Truth at a Time will be published in September, 2015 by HarperCollins.