The man behind Nike’s drive to marry style with tech 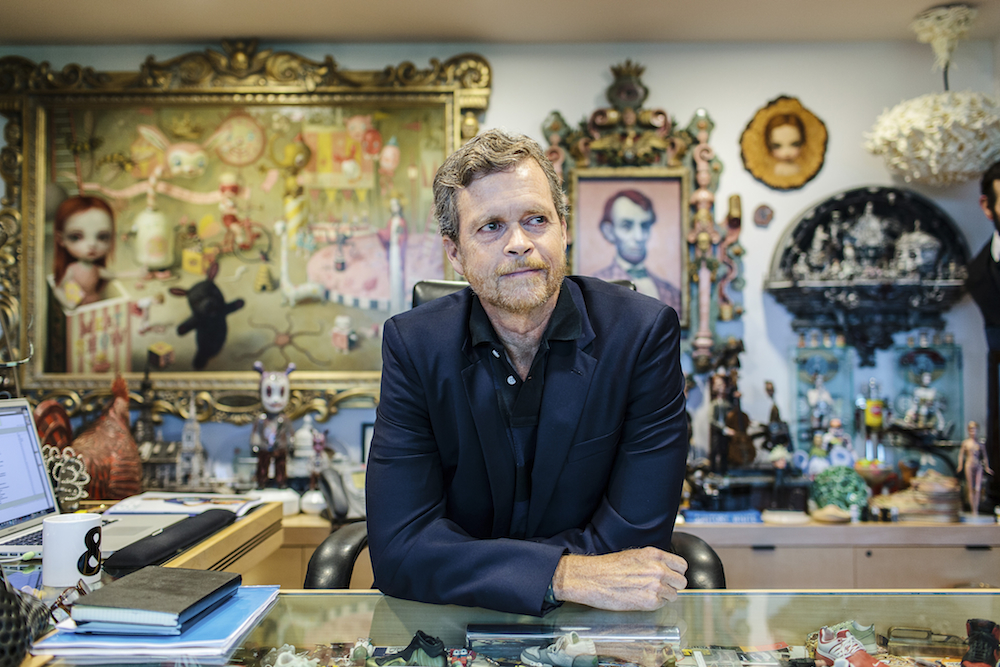 When you’re the giant in a market, it’s difficult not to become complacent and stale. In the past few years, Nike has managed to do the exact opposite.

The $27.8 billion behemoth, No. 462 on the Fortune Global 500, is indeed “the 800-pound gorilla” in the sports-apparel space, says Janney Capital Markets analyst Eric Tracy. But it is surprisingly innovative—from its manufacturing processes to its product design. Industry watchdogs directly credit this recent success to CEO Mark Parker, who took the reins in 2006.

Parker, 59, is a design geek and Nike (NKE) lifer. He started at the company in 1979 as a shoe designer. As CEO, Parker has orchestrated many of Nike’s biggest moves, like its “category offense” strategy. The premise is simple: Build the global business not around footwear vs. apparel, but around sports categories like basketball and running. And Nike ensures each category adheres to companywide priorities, which include balancing its offerings of footwear and apparel; keeping the product pipeline fresh; and growing its retail footprint, which means opening new Nike-brand stores—there are 739 globally. “They apply the same buckets to each of the geographies they’re in, then see where they’re deficient and make investments,” explains David Weiner, a Deutsche Bank analyst. “It took years to fully implement, but they’ve applied that playbook wonderfully.”

Sales grew 8% in 2013, and the stock has climbed 22% in the past year, trading recently at $94. Nike is dominating longtime rival Adidas Group (ADS), where innovation has stalled, though underdog Under Armour (UA) is gaining (see No. 15 on “2014’s Top People in Business”). Nike’s push in apparel has succeeded thanks to bright colors and thin fabrics that seize the “athleisure” trend of the moment, while also harnessing the momentum of competitors like Lululemon (LULU), which may have created the yoga category boom but now has Nike to reckon with in the space. “They have put more innovative, more fresh product in the marketplace in the last couple of years than they’ve ever done in the company’s history,” says Tracy.

Parker has an ambitious plan to bring Nike’s manufacturing closer to home by cutting the number of products made abroad. Flyknit, a proprietary Nike technology, could be a game changer in this goal. It can use a single spool of thread to produce a shoe, taking out much of the manual labor. And Nike is also utilizing 3-D printing in its prototype process.


Earlier this year the company downsized its FuelBand division, right in the midst of the boom in fitness trackers and wearable tech. Rather than criticizing it as a misstep, investors applauded the move, saying Parker recognizes that Nike can’t compete with tech hardware companies like Apple and Jawbone. But the CEO remains dedicated to tech. “Nike’s innovation agenda goes beyond product. It touches everything we do,” Parker says. “The digital world moves fast, and Nike is at the forefront.”

One example is NIKEiD, a website that lets sneakerheads design their own pair of shoes in extreme detail, even down to the color of the eyelets. Nike’s customers, Parker says, “expect us to be as digitally connected as they are.”