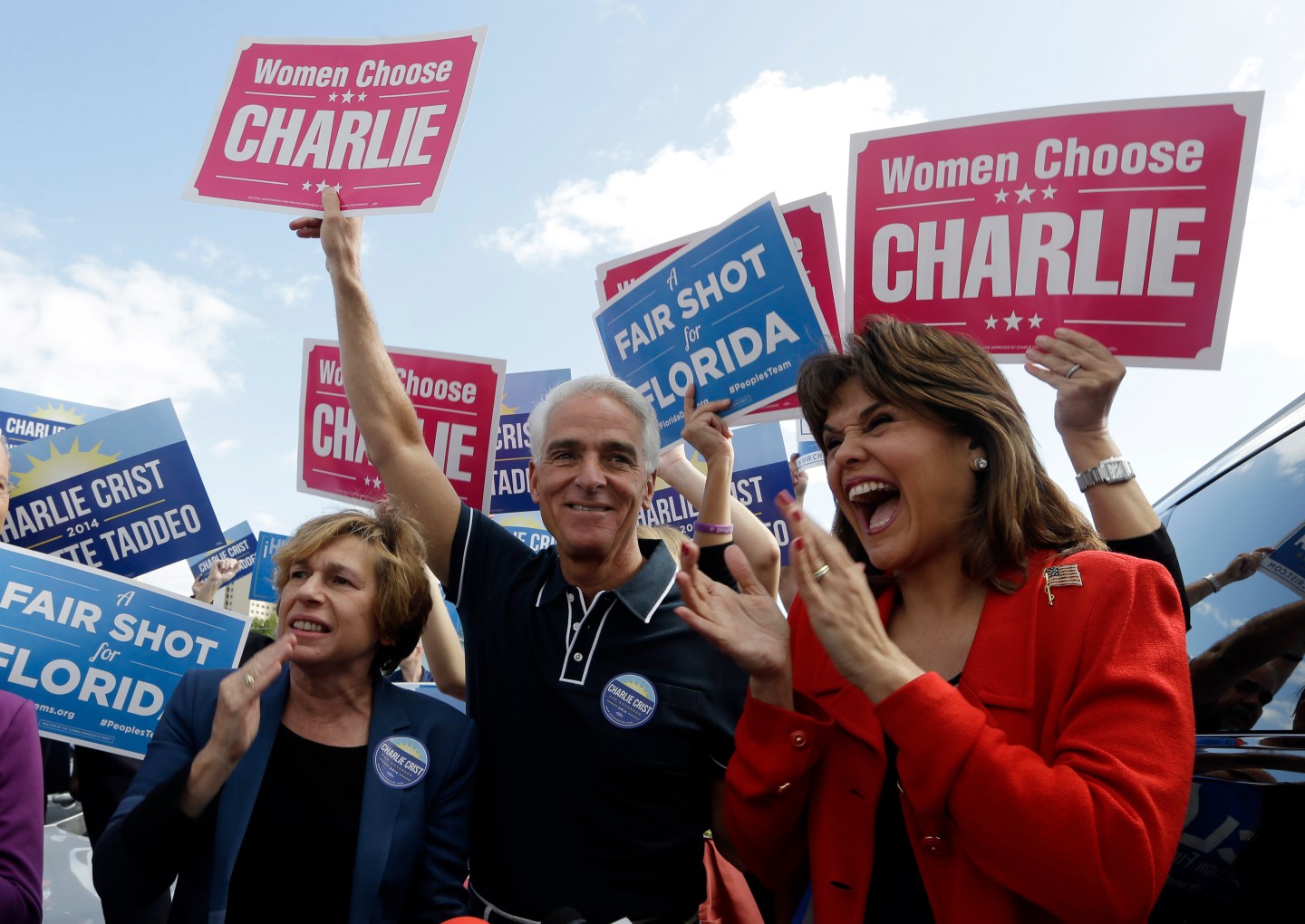 Unions hit hard at the polls..

Count unions among the many victims of the Republicans domination at the polls on Election Day, as organized labor leaders and supporters failed to help Democrats hold off deep losses in Congress and in governors’ mansions.

Big union losses came in Florida, Maine, Michigan, Ohio, and Wisconsin as Republican gubernatorial candidates that the AFL-CIO had painted as anti-union won their elections. Wisconsin Governor Scott Walker’s victory was likely the most painful, since a defeat to Democrat Mary Burke would have signaled a rebuke of his attack on collective bargaining. The race had been neck-and-neck leading up to Election Day, but Walker pulled off a 52%-47% win.

and in the pocketbook.

The nation’s teachers unions also fared particularly poorly on Tuesday. They shelled out more than $60 million on the midterm elections and ended up with very little to show for it, as their candidates in Georgia, North Carolina, Arkansas, Wisconsin, Florida, Michigan, Ohio, and Illinois lost their elections. Many of the union-backed state and local initiatives on issues like pre-K education also suffered defeats.

Then the Indiana Supreme Court delivered another whammy

For unions, the week didn’t end any better than it began. On Thursday, the Indiana Supreme Court upheld the state’s “right to work” law, reversing a lower court’s ruling that found it unconstitutional. That ruling is in line with a decision by the 7th Circuit Court of Appeals in Chicago in September, which also upheld the law.

Federal law requires that unions represent all workers in any given bargaining unit. Instituting a “right to work” law, in essence, allows workers to benefit from union membership without having to pay for it. This free rider problem is considered a huge threat to unions nationwide.

When Indiana passed its right to work legislation in 2012, it was the first state to do so in a decade and prompted others to consider similar measures. There are currently 24 “right to work” states in the U.S., according to the National Right To Work Legal Defense Foundation, which advocates for “right to work” policies.

But there’s a bright side