Ukraine war set to flare up again after election furore 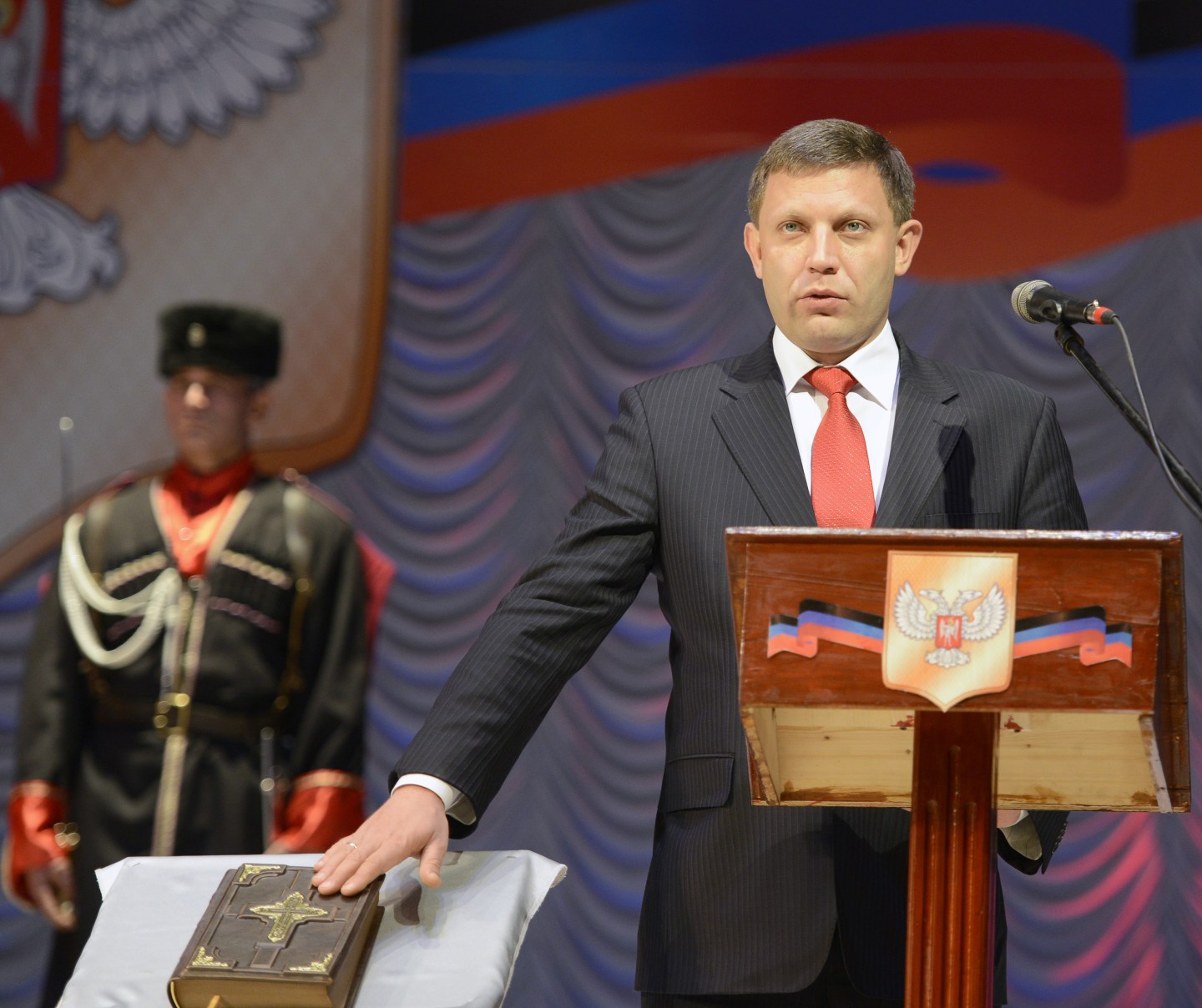 The newly elected leader of the self-proclaimed Donetsk People's Republic, Alexander Zakharchenko (R), takes the oath on November 4, 2014 during an inauguration ceremony in the eastern Ukrainian city of Donetsk. The elections of leaders in two unrecognized statelets in eastern Ukraine on November 2 were backed by Russia but condemned by the Western-backed Kiev government, the United States and EU powers. AFP PHOTO/ ALEXANDER KHUDOTEPLY (Photo credit should read Alexander KHUDOTEPLY/AFP/Getty Images)
Photograph by Alexander Khudoteply — AFP/Getty Images

The conflict in Ukraine, which has done more than anything to bring Europe’s economy to a standstill this year, is set to enter a new phase after unofficial elections held in rebel areas further entrenched the differences between the two sides.

The elections have been condemned by the Ukrainian government, the E.U. and the U.S. as violating the terms of a ceasefire agreement that was signed in September.

They have been effectively recognized by Russia, however, further reducing the chance of an early thaw in relations between the two sides. Moscow said earlier this week that it “respected” the expression of popular will in the two provinces. The German government called Moscow’s decision “incomprehensible” and has warned of further sanctions if the situation now deteriorates further, as seems likely.

Rebel leaders in the disputed eastern provinces of Donetsk and Luhansk said Wednesday that the truce would now be canceled. It has in any case existed in name only, with constant low-level fighting around various key points such as Donetsk Airport. Ukraine says over 100 soldiers and militiamen have been killed since the ceasefire started, and another 600 wounded. The rebels have likewise complained of repeated artillery bombardments, including of areas close to civilian populations.

Late Tuesday, President Petro Poroshenko said he would deploy reinforcements to the front line in an attempt to stop any fresh attacks by the rebels, who Kyiv says are operating with the open support of Russian armed forces. The chief of staff or Ukraine’s Defense Ministry Pyotr Mekhed told local media Wednesday that Russia had again sent equipment and personnel into Ukraine. Russia denies providing support to the rebels, although it acknowledges that some of its troops may have gone there voluntarily during their vacation.

Poroshenko has also said he will a law giving special constitutional status to the two regions and stop transfers of money to the “bandits” that won Sunday’s elections. The law had been a gesture aimed at tempting the rebels to abandon their goal of independence.

The self-proclaimed “People’s Republics” of Donetsk and Luhansk have said they want to join the Russian Federation but, despite abundant political and technical support, Moscow has so far stopped short of formally recognizing their independence from Ukraine.

President Vladimir Putin has repeatedly said his country won’t be intimidated into backing down from its support for the rebels (and its annexation of Crimea in March) by sanctions or any other western measures.

However, the Russian economy is increasingly showing signs of stress, as the ruble has fallen to a series of all-time lows against the dollar.

Having raised its key interest rate by a dramatic 1.5% on Friday in a vain attempt to stop the slide, the Central Bank of Russia effectively abandoned efforts to support it Wednesday, and said it would let the currency float almost without restrictions. At the same time, it warned markets that it would intervene heavily to head off any threats to financial stability. The ruble hit a new record low of 45.00 to the dollar in reaction.