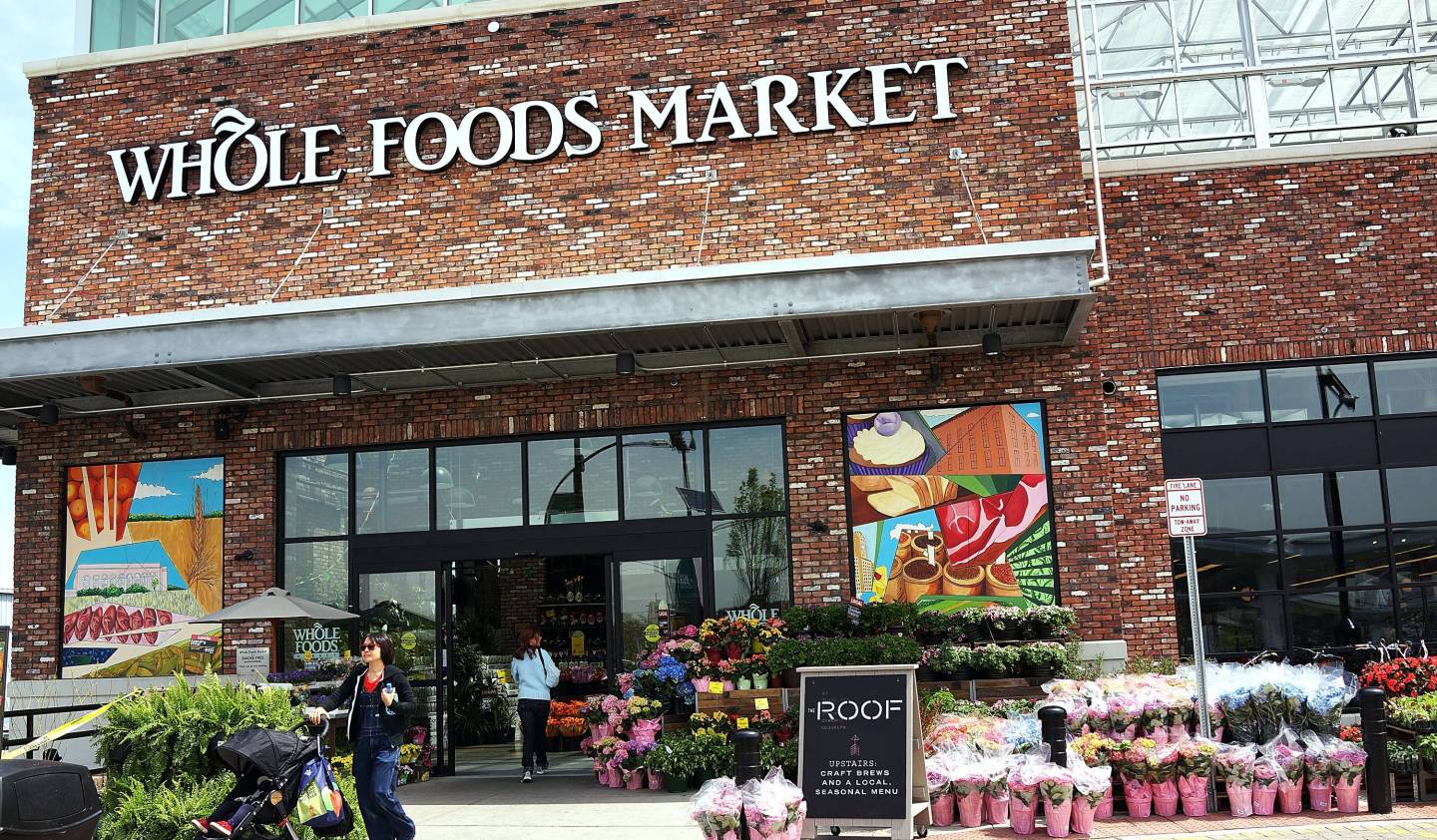 NEW YORK, NY - MAY 07: People walk out of Whole Foods Market in the Brooklyn borough on May 7, 2014 in New York City. Whole Foods Market, an upscale grocery store that sells many organic and gourmet foods, has reported disappointing sales and profit outlooks. Shares for the company have dropped as much as 22% today, its biggest decline in years. (Photo by Spencer Platt / Getty Images)
Photograph by Spencer Platt — Getty Images

Shares of the largest U.S. organic and natural food supermarket chain (WFM) rose 8.1% in after-hours trading as it also gave an upbeat forecast for next year.

Same-store sales, a major gauge of performance for retailers, rose 3.1% in the fourth quarter ended Sept. 28, in line with the average analyst estimates, according to Consensus Metrix.


The strong results allay concerns that Whole Foods was losing its share of the upmarket grocery sector it pioneered in the face of rising competition from Sprouts Farmers Market Inc and Fresh Market Inc, as well as mainstream retailers such as Kroger Co.

Whole Foods did not detail its market share gains or list its new products but it is cutting prices on fresh produce and other perishable goods as it works to shed its “Whole Paycheck” nickname for high prices.

The grocer for the first time is running a national advertising campaign and testing a shopper loyalty program.

[fortune-brightcove videoid=3608277405001]
It is also working to stay ahead of rivals by launching a “responsibly grown” rating system for the produce and flowers it sells. Whole Foods already has its own ratings system for meat.

Analysts on average expected sales of $15.84 billion in fiscal 2015, according to Thomson Reuters I/B/E/S.

The company’s net income rose to $128 million, or 35 cents per share, in the quarter, higher than the average analyst estimate of 32 cents per share.