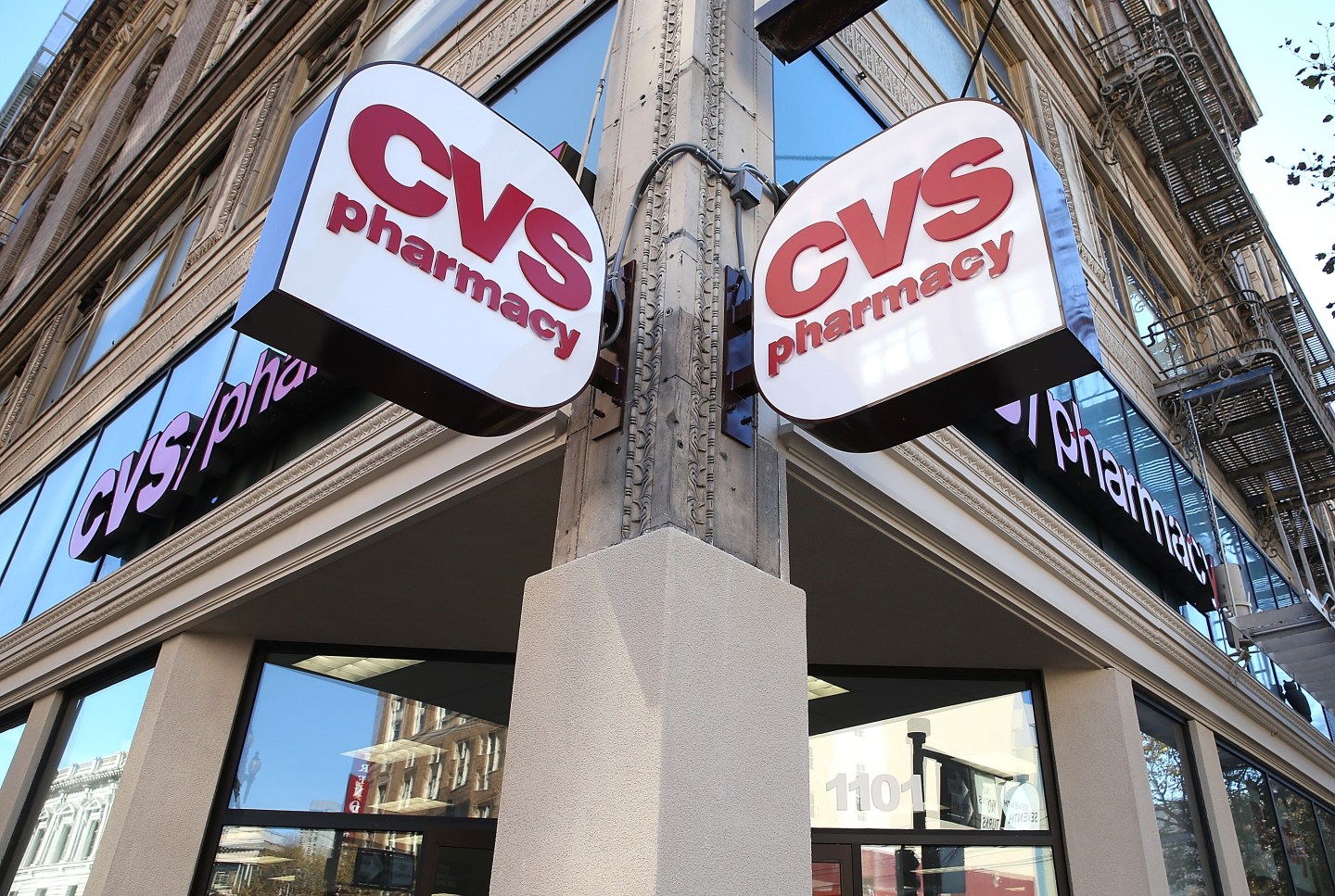 CVS Health reported third quarter earnings Tuesday that revealed customers are flocking to its prescription business, but not necessarily checking out more items from the front of store, leaving the company unable to make up for lost tobacco sales following its early-September ban.

What you need to know: Sales across the company’s nearly 8,000 stores surpassed analysts’ expectations, although much of it is a credit to CVS Health’s (CVS) booming prescription business. Pharmacy same-store sales were up 4.8%, nearly double the 2.2% analyst estimate compiled by Bloomberg data.

That helped offset the struggling front-of-store retail, which notched a same-store decline of 4.5% over the quarter. Part of that was due to the company’s recent ban on tobacco products. CVS Health stopped selling cigarettes and other tobacco products as of the beginning of September, toward the end of the quarter. Same-store sales were affected by about 480 basis points as a result of abandoning tobacco sales.

When the retailer announced the new move in February, it estimated that banning tobacco sales would cost the company about $2 billion in sales over a full year.

The big number: Sales were up 9.7% year-over-year to $35 billion for the quarter, surpassing analyst estimates of $34.7 billion. Earnings-per-share, excluding one-time items and an early extinguishment of debt, also beat expectations by 2 cents, coming in at $1.15.

What else you might have missed: CVS Health’s retail business was hit by slower customer traffic passing through the store, the company said. Whether or not the recent tobacco ban has anything to do with this is unclear, although the move helped position the retailer squarely in the healthcare space, which has proved much more profitable for the company especially as the company moves further into specialty pharmaceuticals.

The repositioning has a positive result for the long-term: better margins. CEO Larry Merlo said margins have showed “solid improvement,” especially in the front-end where the loss of lower-margin tobacco products added nearly one-third of margin gains.