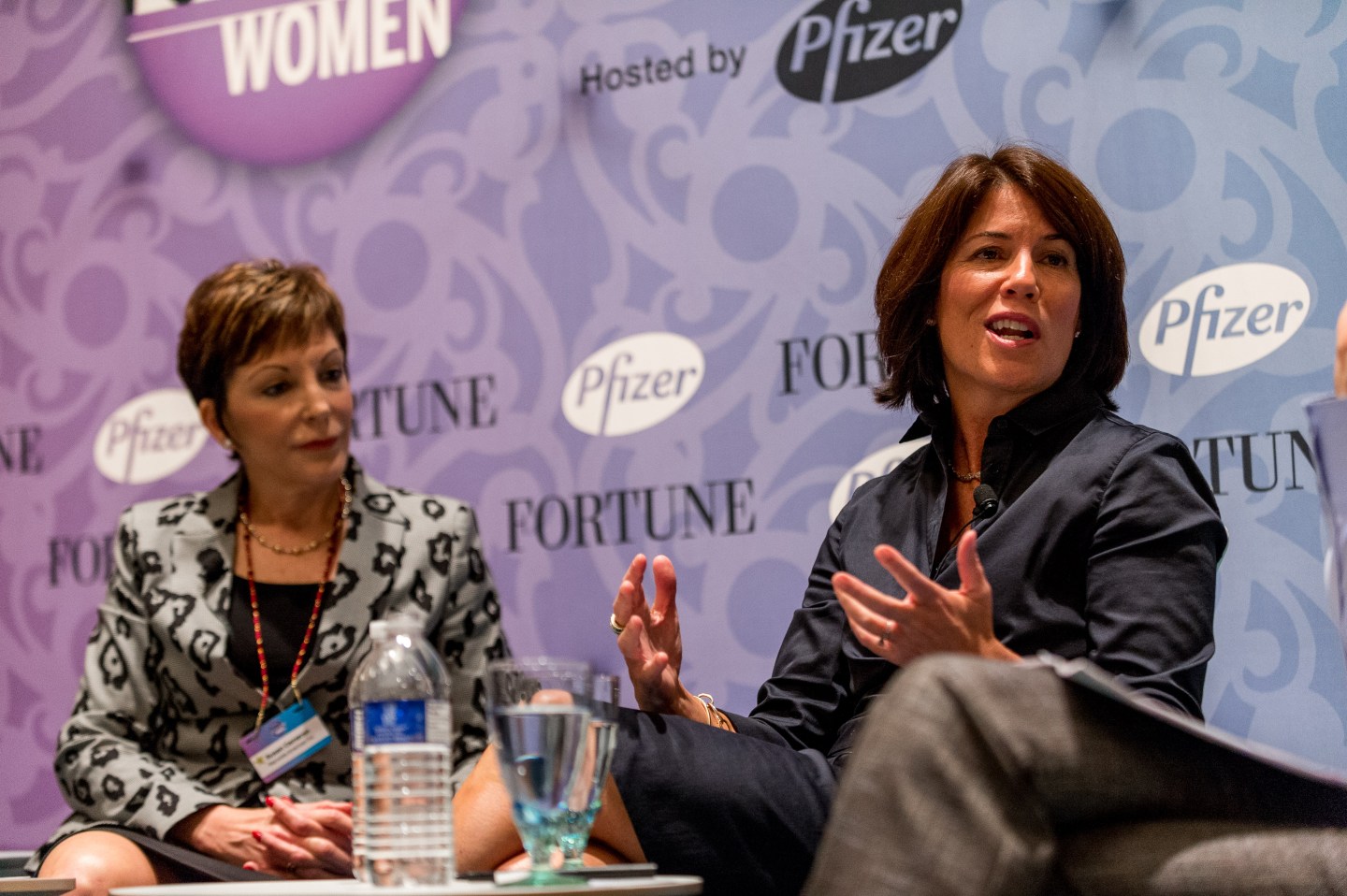 Reynolds American (RAI) announced that it will ban smoking from its offices starting next year. On the surface, the news isn’t shocking; society at-large has acknowledge cigarettes’ toxicity and banned their use in countless public places (and CVS Health (CVS) recently outlawed the sale of tobacco products in its stores). But those very products are a huge part of Reynolds American’s business, as the company owns brands like Camel and Pall Mall—and is the No. 2 tobacco company in America.

The decision begs the question: What happens when your business practices and what you want your brand to represent are in conflict? The two women behind these recent decisions—Helena Foulkes, President of CVS/pharmacy and EVP of CVS Health, and Susan Cameron, President and CEO of Reynolds American—shared their thoughts on the question of what to do when value and values collide in early October at Fortune’s Most Powerful Women Summit.

The background: In February CVS Health (then called CVS Caremark) said it would stop selling cigarettes, a move that would take some $2 billion in revenue out of its stores. Foulkes said the company had talked about doing it for years and wrestled with the huge financial decision. “It was very consistent with our purpose,” she said. “It reflected where we’re going as a company strategically.”

Foulkes added that the decision stemmed from CVS formalizing its mission a couple of years ago to help people on a path to better health. The message of health and being a health company fit with its three different businesses of pharmacy stores, benefits management service, and retail medical clinics. If that mission was going to be a filter for every decision executives made, Foulkes said CVS knew it would have to stop selling cigarettes. Foulkes admitted that she’s surprised no other major retailer has followed, in large part because CVS spent a lot of time worrying about who in its competitive set would make the move first.

The decision led to an “incredible sense of pride” at the company, she said. CVS employees have since come forward with their own stories—Foulkes’ mother died of lung cancer, for example. She noted that while we often feel uncomfortable marrying a personal decision with a business decision, in this case the company embraced both.

The background: In July Cameron reached an agreement to buy tobacco competitor Lorillard for $27.4 billion—the deal is the largest acquisition ever by a woman. Reynolds plans to sell off Lorillard’s Blue eCigs brand, the no. 1 e-cigarette in the U.S., for antitrust purposes. But Cameron has noted that the cash flow from Lorillard’s Newport brand will go to building Reynolds’ e-cigarette business.

Cameron said at the Summit that Reynolds made a commitment a few years ago to transform the tobacco industry by giving people choices to reduce the harm caused by smoking. “People should quit,” she said. “Let’s try to find them some satisfying alternatives.” She added that Reynolds is the most active company in its industry investing in alternatives like vapor and gum, which she says have very different risk profiles than cigarettes. (Cameron quit smoking combustible cigarettes a decade ago and now uses e-cigarettes.) “I’m proud of what we’ve done at Reynolds to give smokers alternatives,” she said.

The company recently has come across a new purpose-driven business. Cameron noted that Reynolds owns a subsidiary that’s using tobacco plants to help make the anti-Ebola virus serum Zmapp. She said it takes a million tobacco plants, which are a high source of protein, to make 25 doses of this serum.