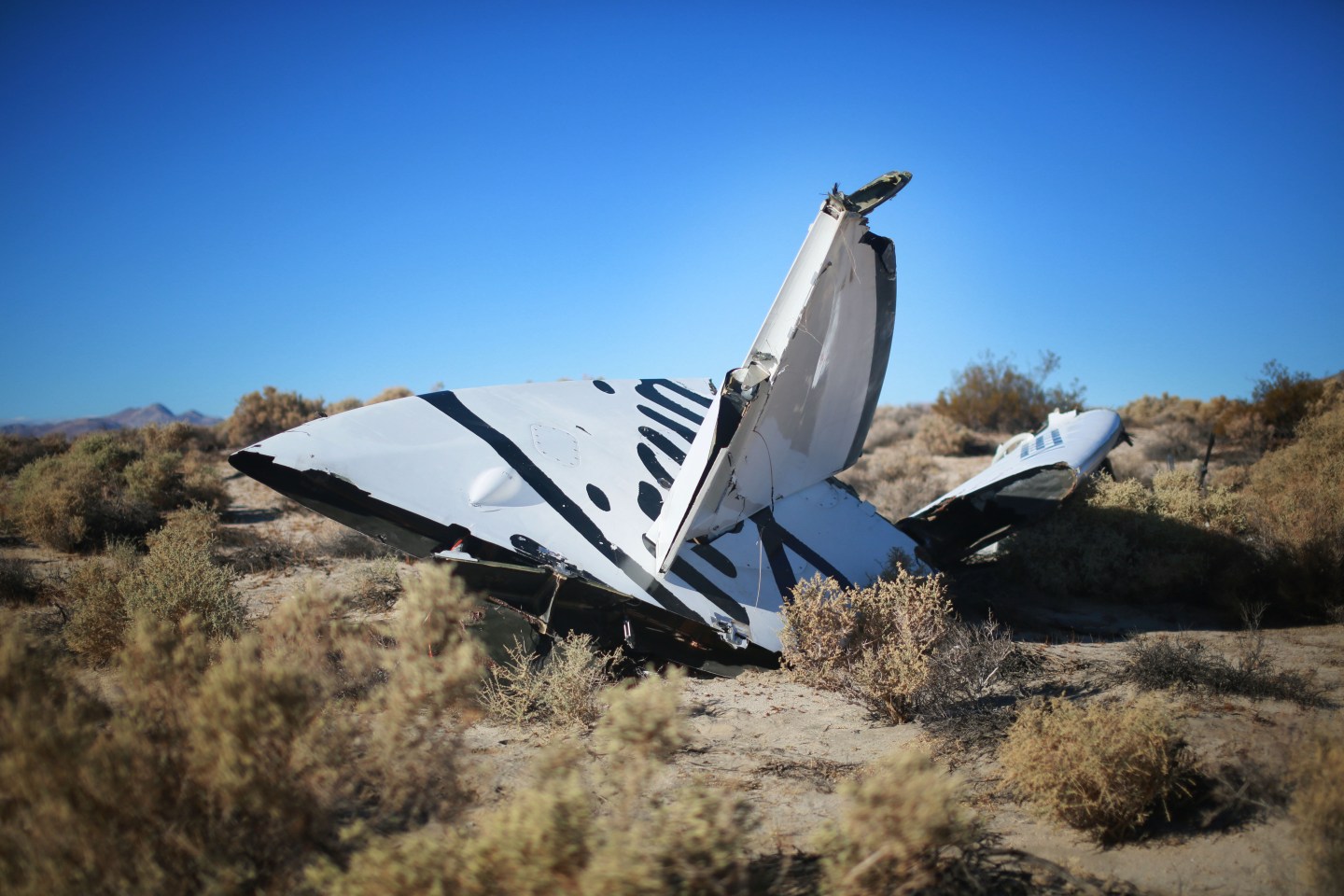 Federal investigators have pinpointed the issue that led to the deadly crash of a Virgin Galactic spaceship in the Mojave Desert last Friday.

The National Transportation Safety Board, which is leading the investigation, found that a device that slows the aircraft’s descent was deployed too early. The board also noted that pilot error could not be ruled out.

“I’m not stating that this is the cause of the mishap. We have months and months of investigation to determine what the cause was,” Hart said. “We are looking at a number of possibilities, including that possibility (of pilot error).”

The crash of the experimental spacecraft killed co-pilot Michael Alsbury and badly injured pilot Peter Siebold, who had parachuted to the ground and is now being treated at a hospital. Virgin Galactic, the burgeoning space tourism company started by billionaire Richard Branson, was conducting test flights of its SpaceShipTwo aircraft, which was not yet certified for commercial operation.

The NTSB Acting Chairman Christopher Hart said the rotating tail boom, a key safety feature for re-entering the atmosphere, rotated too soon. While Hart said investigators have not pinpointed what caused the crash, investigators have determined that this “feathering” system, which helps the spacecraft cross into the atmosphere from space by creating more atmospheric drag, went into effect when the plane was traveling too fast.

A video from the cockpit indicates that the mechanism for the feathering system was unlocked early by the co-pilot and went into effect about two seconds later.

Branson said Saturday he would press on to find out what caused the crash and reiterated his desire to move forward with commercial space flight.

“We owe it to our pilots to find out exactly what went wrong,” Branson said in Mojave on Saturday. “If we can overcome it, we will make absolutely certain that the dream lives on.”

—Reuters contributed to this story.