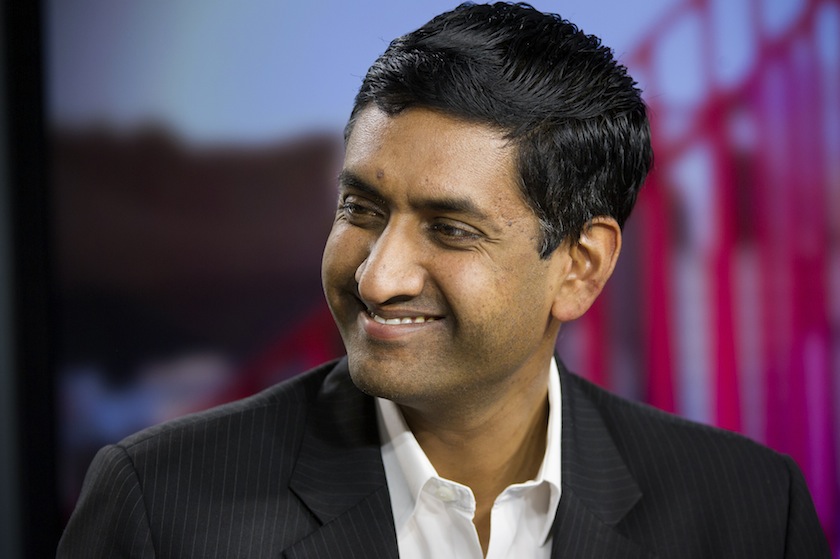 Over two decades as a Republican super-lobbyist, Wayne Berman has repaid his party with nearly $900,000 in personal campaign contributions. On Monday, for the first time since 1994, the Blackstone Group executive opened his wallet for a Democrat.

Republicans likely won’t mind: The recipient was Ro Khanna, a former Obama administration official locked in a tight contest with a fellow Democrat, 14-year incumbent Mike Honda, to represent Silicon Valley in the U.S. House. California’s “jungle” system means the top two vote-getters in the June primary, regardless of party, square off in the general election—hence, the Democrat-on-Democrat electoral battle.

“Normally, I would have ignored the race,” says Berman, who heads global government relations for Blackstone(BX). But a colleague introduced him to Khanna, and Berman says he was “impressed by the depth and texture of his thinking” on the economy. Surely, it helps that Honda wants to tax capital gains like regular income, while Khanna favors maintaining lower rates for investment earnings—though Berman says “the reason to support him wasn’t really because of that.”

But it does crystallize why the race has been an object of national attention. Honda and Khanna represent very different dimensions of the district—home to the headquarters of Apple (AAPL), Cisco (CSCO), eBay (EBAY), Intel (INTC), and Yahoo (YHOO)—and, indeed, of the Democratic Party. Honda, a 73-year-old former educator, is an old-guard liberal who has drawn much of his support from organized labor. Khanna, a 38-year-old patent attorney, is a vessel for the aspirations of the tech industry as it continues its catch-up project in Washington. (The endorsements from technology leaders he lists on his campaign site runs to 189 names, including Marc Andreessen, Marc Benioff, John Doerr, Marissa Mayer, Sean Parker, and Sheryl Sandberg.)

Khanna has embraced his inevitable characterization as a political disruptor, recently telling Mother Jones, “It’s a fair comparison in the sense that the odds of a startup succeeding are a few percent and the odds of displacing an incumbent are a few percent.” Honda, meanwhile, has sought to use Khanna’s well-heeled supporters against him; his latest TV spot attacks the “billionaires, right-wing activists, [and] corporate interests” funding his challenger. A San Jose Mercury News fact-check of that ad called it misleading—of the billionaires supporting Khanna, only Peter Thiel regularly contributes to right-wing causes—and hypocritical, considering all the PAC money Honda has accepted.

Whatever point about the influence of big money in the race that the newspaper perceived and the Khanna campaign means to press home seems fuzzy at best. Back in January, Khanna asked Honda to sign a pledge to keep super PACs out of the race. Then in August, one of Khanna’s donors formed one. It has since collected nearly a half-million dollars and is now sponsoring a radio ad that cites the San Jose Mercury News fact-check calling out Honda’s distortions. And, in fact, Berman’s contribution might have fallen afoul of Khanna’s pledge not to accept money from lobbyists but for the fact that Berman hasn’t registered federally since joining Blackstone in 2012. Says Khanna spokesman Tyler Law, “Ro’s proud of the bipartisan support he’s received. When Ro launched this campaign, he pledged not to take donations from federally registered lobbyists or PACs, and that’s a pledge he’s kept.”

Honda routed Khanna in the primary by 20 points, but a SurveyUSA poll out last week showed Khanna has all but closed the gap, trailing the incumbent by only two points.