At work, when is the right time to ‘come out?’ 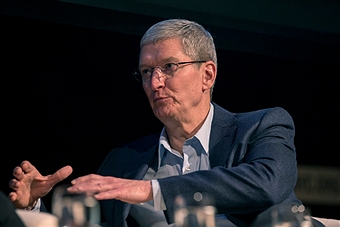 Life, like business, is about the right move at the right time. On Thursday, Apple CEO Tim Cook made the right move for him and for his company when he revealed in an essay that he is gay. Coming out is a multi-level process: to yourself, your closest friends and family, your extended personal circle, then the world at large. Some people don’t even manage to take the first step until late in life; others are wide open to the world, but have never had ‘the talk’ with their parents and family. It’s always subject to personal trade-offs and self-negotiation—again, just like any business.

As an openly gay CEO at StartOut, a nonprofit dedicated to empowering LGBT entrepreneurs and business leaders , who has been out in business roles for more than 20 years, I couldn’t be more proud to welcome Tim to the family. But what excites me most about today isn’t its repercussions on the market or the LGBT community — which are gradual, vast and very inspiring — but on some of the broader questions that we’ll be asking from now on.

Let’s start with: “Where’s everyone else?”

Can there really only be three openly gay CEO’s (Trevor Burgess of C1 Financial Inc. and IGI Laboratories’s Jason Grenfell-Gardner) out of more than 15,000 publicly traded companies in America? If you can handle keynoting the most important conference in the world, what’s holding you back from acknowledging your partner in front of them? We hear parallel perspectives, for instance, on what women face in senior management; the specifics that create the glass ceiling, and why women executives need to ‘lean in.’ What are the equivalent pressures on LGBT chief executives?

But ultimately, ‘Why do gay people need a business network’ is the most common question I’m asked in my work at StartOut. And the answers can be as wide-ranging and impassioned as our community itself is. The sheer number of affinity groups and diversity initiatives at major businesses show that the playing field is anything but level.

I’ve been talking with the press from the moment his coming out story broke about what kind of a game changer this is. It is, trust me. But real change will come when the CEO from the anything-but-diverse manufacturing or automobile industry finally steps out of the closet. I keep repeating that Tim’s leadership of Apple (AAPL) has not been, and will not be, defined by his being out. It will only be enhanced because now he’s empowered to lead without worrying he may have to hide anything about himself. His shareholders still have the same demands on him, and as he points out being gay is just a small part of him—he’s a sports fan, a southerner, and obviously one heck of a businessman.

That’s the key to being an out CEO in 2014 and beyond. Just by showing up and being counted, you’re changing the narrative. It’s up to more and more LGBT business leaders to come forward when they are ready and to be role models for others.

But as I said before, the timing must be right — for you and for your company. What if you had just taken over Apple after the death of Steve Jobs, the legend, would you want anything to distract from the monumental task at hand? Just like Cook, I’d like to establish myself as the company’s leader to my employees, customers, business relationships, and the public without diluting any part of the business story with a personal story.

Your duty is to your company when you’re the chief. But your responsibility is to yourself when you’re coming out. Sometimes the timing just doesn’t work out as we’d like it to. But when they do, and your full potential is freed from the shackles of having to keep such a big part of yourself hidden, your work has an unbounded opportunity to thrive. Then your duties and responsibilities to yourself and your business become intimately connected to the role you can play in serving, inspiring, or just joining ‘the community.’ These ideas can ultimately become one in the same.

I joined StartOut to ensure that when a business leader, from emerging entrepreneur to big shot CEO, is ready to come out they have a community of strength, resources and support to count on as they continue on the business at hand: running successful companies. I believe that from today forward, executives will look at Tim’s example, ask some of the tough questions I posed before, and likely move a little faster to bring the fullest and truest self to both work and life. And I hope that the allies in the industry keep asking what they can do to make this process even easier for those who follow in Tim’s footsteps.

Gene Falk is the CEO of StartOut, the national nonprofit dedicated to empowering LGBT entrepreneurs and business leaders. He has served as an executive at HBO and Showtime, as well as a globally-renowned nonprofit leader at Mothers2Mothers, GLAAD, and others.