When DNA is the Matchmaker 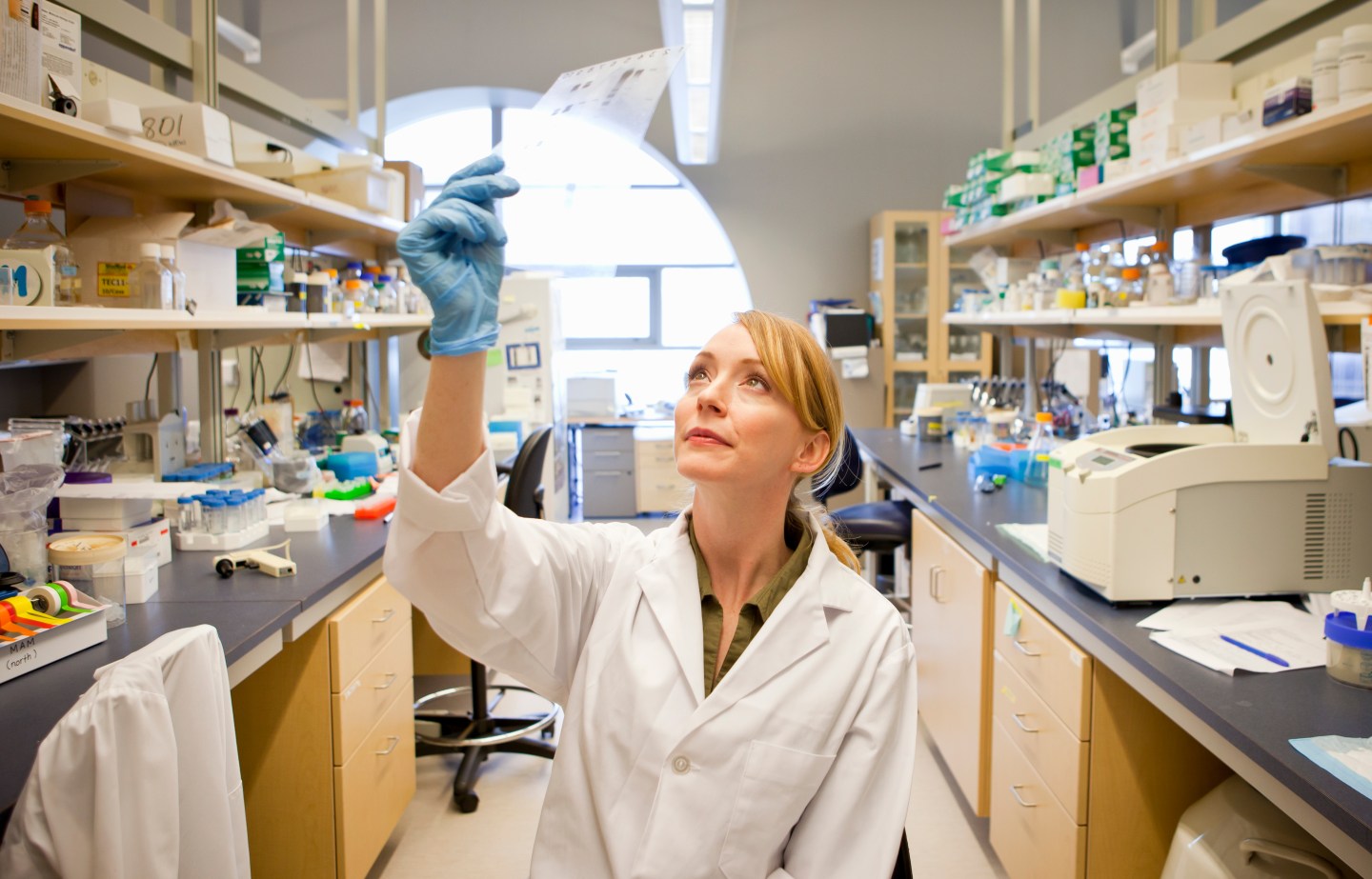 The world of online dating has something for everyone. Sites are dedicated to picking partners based on religion, dining preferences, pure physical attraction and the good, old-fashioned values of cowboy life (at Farmersonly.com, of course). So it was only a matter of time before a website took the next step beyond shared interests and tapped into genetic profiling.

SINGLDOUT, a San Diego-based start up, has devised a proprietary algorithm that matches singles based partly on DNA compatibility and partly on the results from a psychological questionnaire.

In a rare twist for the dating website industry, which is dominated by male company founders, SINGLDOUT was started by CEO Jana Bayad and chief marketing officer Elle France, who hatched the idea based on their own dating experiences.

“SINGLDOUT is the first online dating website that is going to bridge the gap between the biological and digital worlds of love,” says Bayad. “It is the evolution of online dating.”

The website is aimed at time-crunched professionals who want to know from the outset that they will click with the person who looks good in a profile. “When we looked at it from a DNA viewpoint, we realize you could actually determine chemistry between two people based on their genes,” says Bayad, who has an online sales background. Plus, DNA doesn’t lie, unlike so many dating profiles.

SINGLDOUT works with Instant Chemistry, a Toronto-based lab services company that administers the DNA testing and determines the basic genetic profiles of members. For the member, this part is as easy as opening a prepaid envelope, providing a saliva sample in the DNA kit and sending it back to Instant Chemistry. It’s a clinical way to start a budding romance, but no more so than relying on big data to set up a date.

The research hones in on two specific results. The first is the length of the serotonin transporter gene, which influences emotion. Research has suggested that those who have the shorter gene tend to be more emotionally sensitive while those with the longer gene tend to be more emotionally stable. Based on the results of their proprietary algorithm, SINGLDOUT sends the two potential partners a compatibility percentage with a broad explanation of how they might interact in real life.

The second DNA test looks to determine physical attraction based on the human leukocyte antigen system, which regulates the immune system. SINGLDOUT points to a few pieces of research to make the argument that opposites attract here. (One piece of evidence is a 2006 study published in Psychological Science that found as the proportion of these genes couples shared increased, women’s sexual responsiveness to their partners decreased and their attraction to men other than their primary partners increased.)

The final component is a 15-minute psychological questionnaire that looks to determine emotional capability. The questions assess human behavior based on social characteristics, such as outgoing or autonomous, dominant or submissive, and comfort level with intimacy. “As a professional matchmaker, I don’t know how many times people tried online dating before they came to me, only to find they didn’t have chemistry with that person,” says France. “This will tell you if you have chemistry offline.”

Maybe. As SINGLDOUT admits, this is not a guarantee of dating success, but more like a head start into a relationship.

Subscriptions cost $149 for three months and $199 for six months of the dating service, but both Bayad and France envision SINGLDOUT as more than a relationship aid. In the increasingly-crowded $2 billion online dating market, Bayad and France see an opening to apply their compatibility algorithm to businesses. They talk about companies using genetic profiling for everything from putting together work teams to creating the office seating chart.

First though, they need to hire a few more people. SINGLDOUT currently has five employees, including Jayad and France. On Tuesday, the eight-month-old start up announced that it had successfully secured $500,000 in seed funding. (It said it couldn’t name the investors due to a confidentiality agreement.) SINGLDOUT plans to hire more employees in January 2015 once it gets a better sense of its member growth.

France and Jayad, who gave their ages as “35 to 40,” met last winter at a coffeehouse in San Diego. France, a professional white-glove matchmaker, was shopping for her clients and thought Jayad might be a good fit for one of them. Jayad, who had tried and grew tried of online dating, took her up on the meeting. However, they quickly fell into a conversation about the pitfalls of online dating. “We found that people belong to all of these different sites, and, while it opens up the pool for them, it wasn’t really solving anything,” says France. They saw an opportunity to incorporate science to increase the odds for couples before they even decided to go on a date and SINGLDOUT was born. However, they have yet to take SINGLDOUT’s tests to see if they really are strong prospects for a successful long-term business partnership.