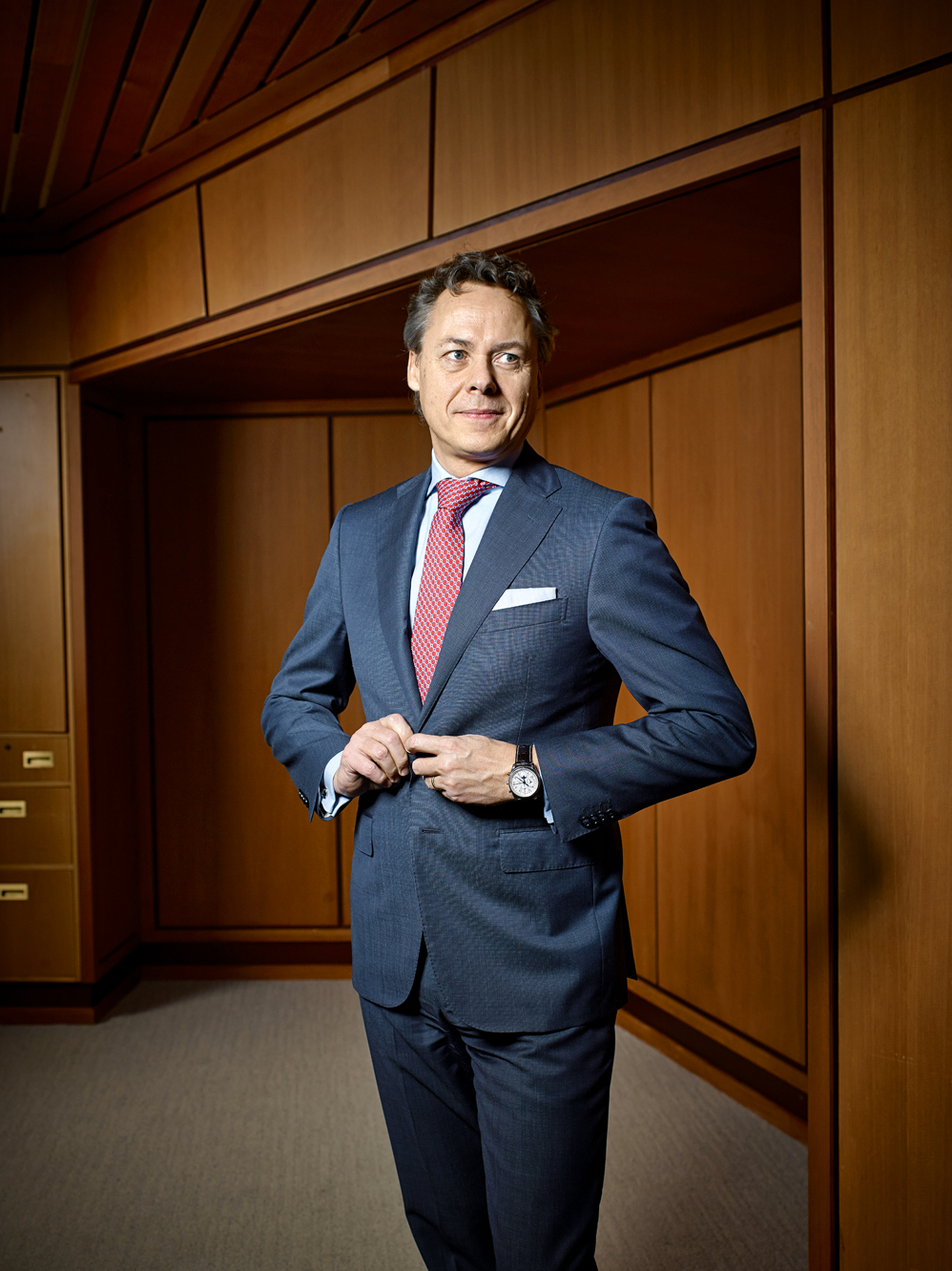 In his presentations to investors, Ralph Hamers looks as if he’s trying to channel Steve Jobs.

The ING Group CEO moves around the stage, pointing to financial diagrams with excitement. “It looks a bit gimmicky, but investors seem to really like it,” says Jefferies analyst Omar Fall. “He’s young. He’s animated. He presents very well.”

That charisma is just part of why investors have embraced Hamers, 48, in the one year since he took over as CEO. The Dutch banking giant’s stock has risen 35% during his tenure, trading recently at 11.29 euros on the Amsterdam exchange.

ING Group (ING) was formed in 1991 from the merger of a Dutch retail bank, NMB Postbank Group, and a Dutch insurance company, Nationale-Nederlanden, each of which was more than a century old. It soon earned accolades for launching one of the first online-banking platforms, ING Direct, which continues to be successful today in countries like France, Spain, and Italy. The idea: easy access to a savings account, with little to no fees and no minimum balance, all without a physical branch.

But the global recession was hard on ING, which had become too complex. In 2008 the company took a bailout of 10 billion euros from the Dutch government and was ordered by the European Commission to shed its insurance and investment management businesses.

By May 2013, ING had spun off its U.S. insurance business and renamed it Voya Financial. Then earlier this year, it shed its European insurance arm, taking it public with the name NN Group (a nod to Nationale-Nederlanden). ING still owns 32% of Voya and 68% of NN but plans to offload them by the end of 2016. Previously, it had sold its U.S. retail bank ING Direct to Capital One (now called Capital One 360) and later sold its South Korea insurance business to a private equity group for $1.65 billion. As Morningstar analyst Vincent Lui puts it, “It has to go from Ma Bell to smaller Bell.”

A company man, Hamers joined ING in 1991 and rose in the ranks, working in virtually every sector of the company, most recently as CEO of ING Belgium. While the restructuring groundwork was laid by his predecessor, Jan Hommen, Hamers must move ING forward as a pure-play European retail bank.

Even after cutting off so many limbs, ING, with 32 million clients in more than 40 countries, is no tiny player: Its $114.3 billion in 2013 revenues puts it at No. 49 on Fortune’s 2014 Global 500 list. Domestically it remains the biggest bank in the Netherlands. But globally, it faces BNP, Société Générale, Barclays, and other European competitors who offer online banking. So now Hamers is aggressively pushing mobile. “When you move from Internet banking to mobile banking, many banks say, ‘Okay, we can just take our Internet processes and copy it to mobile.’ That’s not how it works,” he tells Fortune. “It’s a completely different experience, with different expectations. It sounds very simple to offer easy banking, but there’s a lot to it.”

As a further effort to push tech, Hamers appointed ING Group’s first chief innovation officer in June. He also launched an internal cultural exchange program, pushing “agility” as the core value. “Let’s face it,” he says. “While you’re restructuring, you have different priorities. At the same time, still you always have to think, ‘What is next? Who is going to disrupt me, or can I disrupt myself in order to improve?’”