In praise of small data 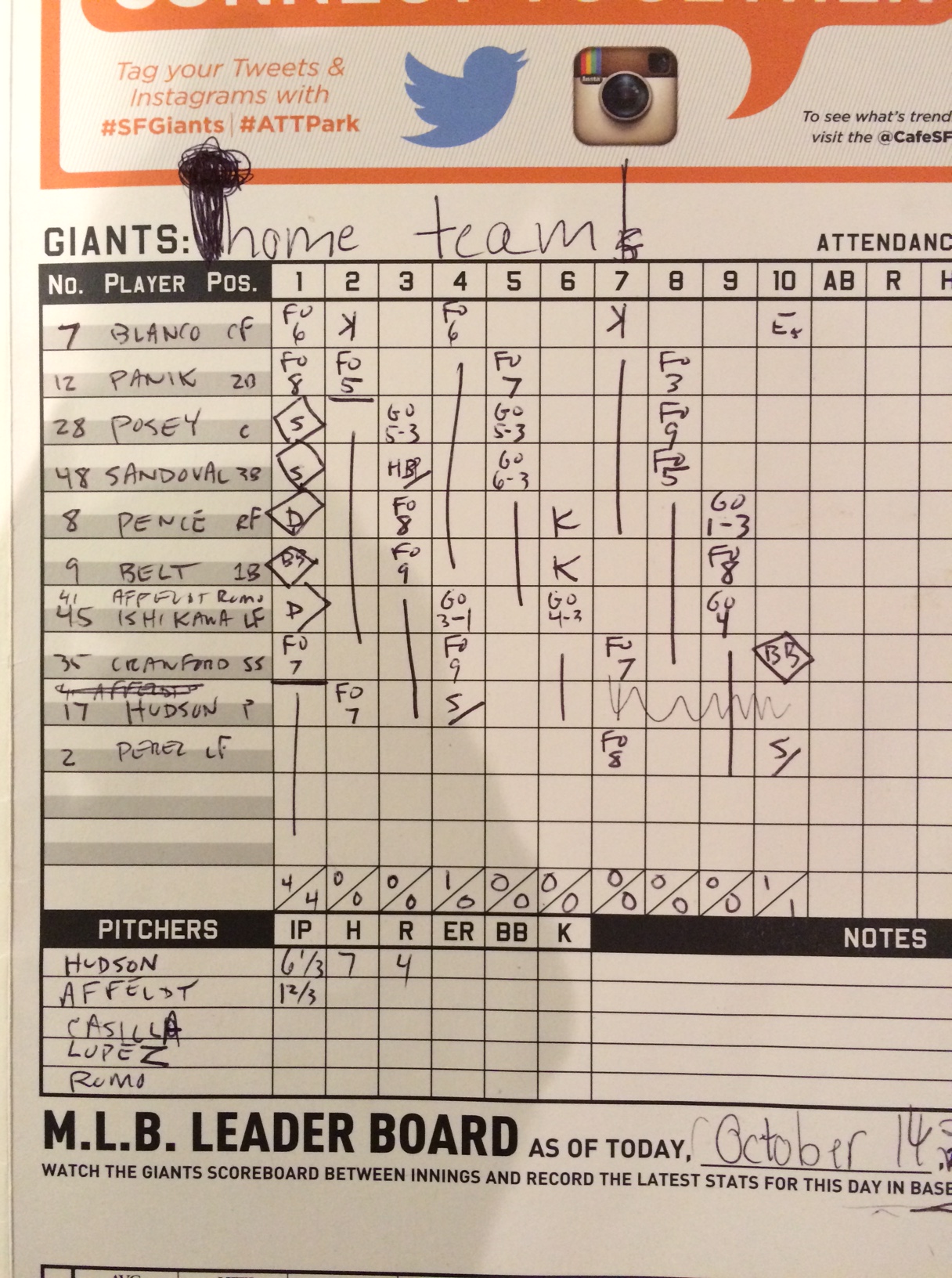 The biggest joy by far of baseball’s season, which is about to end, has been experiencing it with my young daughter. Last year, I took her to a game at the gloriously old-feeling modern ballpark where the San Francisco Giants play. After an exciting play, fans in the stands would throw up their hands and shout. Swept up in the drama, she would do the same. Yet each time, without fail, she would turn to me and ask, “What happened, Daddy?” This year, she notes each change in the Giants’ lineup and can accurately remind me which player did what last time they were at bat. She also has begun to opine on which players are “cute,” commentary my still neophyte father’s ears shudder to hear.

Yes, the simple joys of watching a ballgame with one’s kid are the stuff of literary cliché. For me, though, the simplicity of it all—the circle-of-life sameness of how I experienced baseball with my parents—stands in stark contrast to the digital interruptions that have become part of our lives. I grew up in Chicago going to Wrigley Field, where the Cubs have played for generations. My mother took me out of school more than once to catch a day game. My father and I arrived for weekend games early, a lunch packed by my mom in hand, and took our “unreserved grandstand” seats. My dad read the paper while I hawked autographs during batting practice. Then we watched the game, always staying until the final out—an act of loyalty and self-flagellation, considering we were watching the 1970s Chicago Cubs.

My father also taught me to keep score on a scorecard, a habit I’ve kept up ever since. Make no mistake: I am no die-hard baseball fan. I can take it or leave it most of the season, and I rarely know what’s going on with any team, including San Francisco’s. But when I go to a game, I keep score. It helps me keep my head in the game because it requires paying attention to do a decent job.

What surprised me was how much my daughter enjoyed helping me keep score and how interested she was in the strange scribbles I was making on my one-dollar scorecard. She struggled to learn the odd scoring system that accounts, for example, for a 6-4-3 double-play. I’ve learned over the years that I don’t even keep score “correctly,” at least not how the official scorekeepers do it. That’s okay. I do it the way my dad taught me.

The game we happened to attend was thrilling. The Giants won in extra innings on a walk-off error by the Cardinals’ pitcher. My daugher and wife and I jumped up and down and screamed for joy. I made the final note in my scorecard showing the winning run scored by the Giants.

When the game was over, an older gentleman in the row behind me, beer (not his first) in hand, tapped me on the shoulder and told me how much he enjoyed watching me show my little girl how to keep score. He used a few choice (and unprintable) words to describe the various electronic applications that keep score for you and praised me for doing it right. I pointed out that I don’t actually do it right. “Who cares!” he insisted. “Your way is your way. That’s great.”

That got me thinking. Why is it so special for me to keep score by hand, and why did I get such a kick out of showing my daughter how to do it? Nostalgia? For sure. But it’s also that some things are just better when they’re done slowly, without digital assistance. A hand-marked scorecard is a keepsake, a reminder of a special moment.

I’m no Luddite. I earn my living writing about Silicon Valley after all. But it’s good to be reminded of technology’s limitations. When I read in a review of Matt Richtel’s new book that the distracting effects of texting linger with us many seconds after we’ve put down our phones, I shuddered at the number of times I’ve texted or scanned an email with my daughter in the back seat. I recently had the great fortune of seeing Dan Hoyle‘s one-man show “Each and Every Thing,” a hilarious send-up of the foibles of our technological existence. He’s also no techophobe. But he’s spot-on about the need to tune out now and again. (Read this wonderful conversation with Hoyle for a sense of his wisdom.)

The morning after the exciting playoff game I clipped the box score out of the paper—yes, I subscribe to printed newspapers—and stapled it to the program from the day before. I showed my daughter how to read all the elaborately stylized information in the box score to understand what happened in the game. Box scores surely exist online. But this flimsy piece of paper, inserted into a slightly sturdier scorecard, will last, if not forever, a very long time.

So will my memories—driven by the smallest of data but the biggest of emotions—of a special, special day.