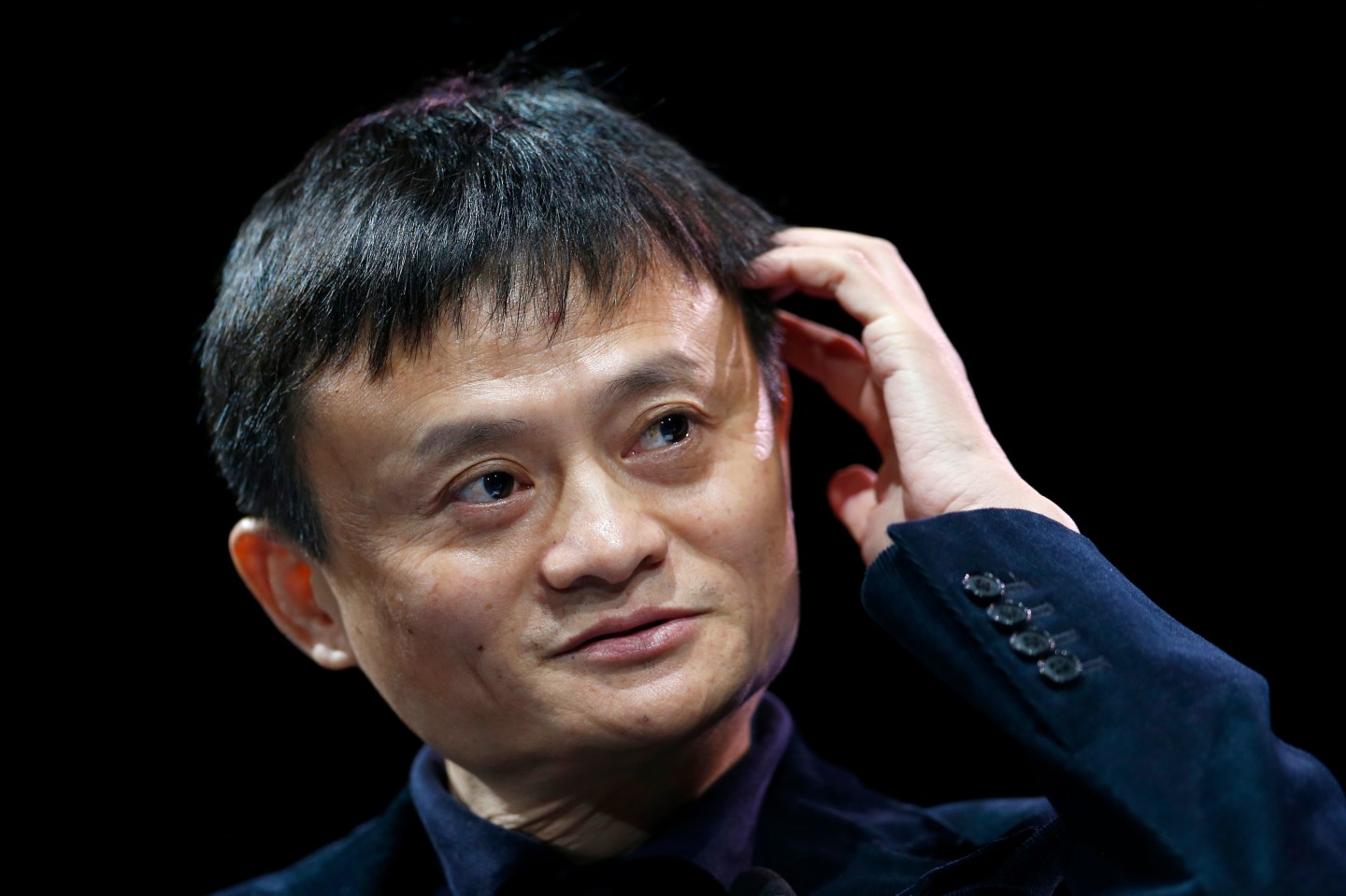 “I’m very interested in that,” Ma said during an onstage interview at a Wall Street Journal technology conference in Southern California. “A good marriage needs both sides working hard. I respect Apple and I respect Tim (Cook) very very much, from the heart. I hope we can do something together.”

(Minutes later, Apple CEO Tim Cook, who was in the audience and was interviewed on stage next, returned the compliment, and said he would like to work with Alipay. No one should be surprised if the companies announce a deal soon.)

In a wide-ranging interview, Ma addressed a variety of business and political topics. Here’s are some highlights:

“Alibaba is an ecosystem that helps small business to grow.”

How is the Chinese consumer changing?

On his plans for expanding in the United States.

“We invest a lot in the States and we are going to invest more. When I come to the USA, I want to thank USA. Because I got my inspiration from Silicon Valley.”

Would he buy eBay?

“EBay is a great company. There are a lot of good assets and good customers and the US people love it. I don’t know, I think it’s too early to start to think about buying and selling.”

And PayPal?
“I have my Alipay.”

On the recent protests in Hong Kong.

Could the protests spread to China?

“Both sides should listen. This thing cannot and should not last long.”

On his own relationship with the Chinese government.

“I’m always in love with them but I don’t marry them. We create 14 million jobs for China. The government finally is realizing that we are helping them.”