The great American oil debate: Is cheap fuel good for the U.S.? 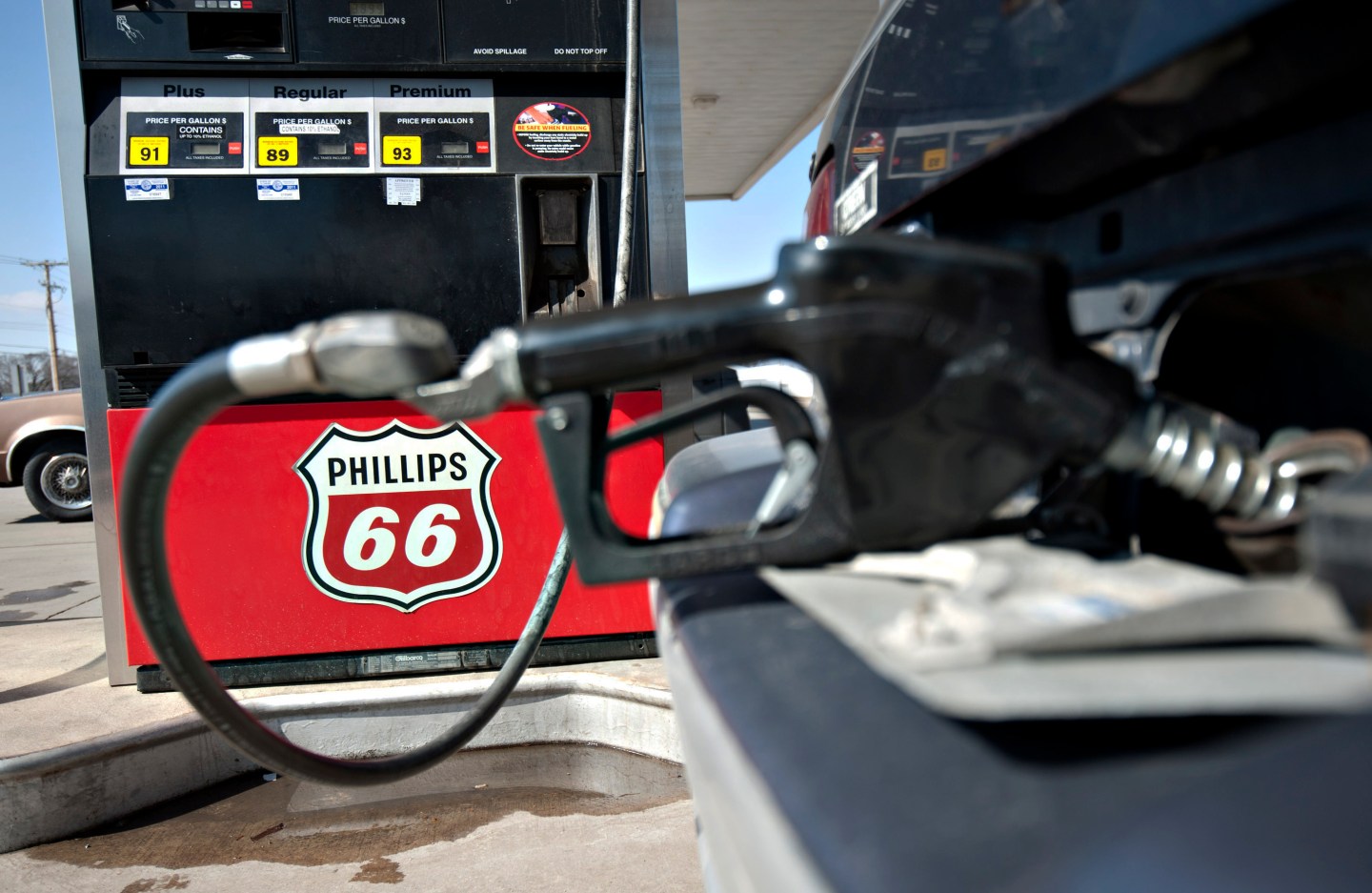 There’s one economic statistic that’s never far from the minds of most Americans, and that’s the price of oil.

Sure, your average Joe might not be able to quote the price per barrel of Brent Crude, but he sure knows the price of a gallon of gas at the pump. And in recent weeks, the price of both has been on the decline.

Ramped up global production, questions about future growth in China and Europe, and a strengthening dollar have led to the dip in oil prices. And while one would think that cheaper oil would be good for the American economy, because so much economic activity is powered by oil, there’s reason to believe the opposite. My Fortune colleague Stephen Gandel showed last week how the price oil tends to move in tandem with the S&P 500, suggesting that high oil prices are good for the economy rather than the opposite. James Bianco, president of Bianco Research, agrees, writing last week in a note to clients:

Crude is falling because world demand is weakening, thus signaling economic growth is going in the wrong direction. Crude oil is not falling because the world just discovered the abundant supply brought about from fracking…. To draw an analogy, imagine the following scenario. If a manufacturing plant in your town closes, home prices would probably become more affordable in the area. However, this is not something that should be celebrated. Home prices would be falling because the local economy is heading south.

In other words, oil prices are primarily an effect of economic growth rather than the cause. But this isn’t always the case. Neil Dutta, head of economic research at Renaissance Macro, points to the mid 1980s as the last time when we saw a “sustained, large decline in oil prices during a period of economic expansion.” That’s right, from December 1985 to January 1987, oil prices fell a whopping 30%. And it wasn’t because the American economy was in a slump, as real GDP grew by more than 3.5% in 1986.

Oil prices in the 1980s had dropped largely on account of the relative stability in Middle East politics after turbulence of the 1970s, as well as the discovery of new sources of oil in the North Sea and Mexico. One could draw similar parallels to the situation today, in which developments in fracking technology have unlocked new sources of energy in North America, and the fact that oil production in Libya has tripled since May despite political instability there.

So, analysts like Dutta are skeptical that falling oil prices are necessarily a bad sign right now. “At least part of the decline in oil prices is because of increased production,” he says. Furthermore, the signs that the American economy, at least, is in trouble just aren’t there. “It’s not as if demand in the U.S. is falling. People are buying more cars, driving more, and manufacturing more, so if demand [for oil] is moderating in the U.S., it has more to do with increased efficiency than anything else.”

Rather than worry that falling oil prices are a sign of a slowing economy here at home, Dutta argues we should look at where, within the U.S., the trend of lower oil prices will help and hurt. He studied the economic data from 1986 to see how each state’s economies did during a time of both falling oil prices and brisk economic expansion. Unsurprisingly, he found that states like Texas and Louisiana, which depend heavily on oil production and refining, did poorly, while other states, like Michigan, which manufacture things that use oil as an input, did well. One chart in particular, which tracked changes in real disposable income by state, makes this very clear:

If you hail from such oil-rich states like Texas or North Dakota, watch out, your local economies might be headed for a bit of a rough patch. And for the rest of you: enjoy those cheap gas prices while they last.