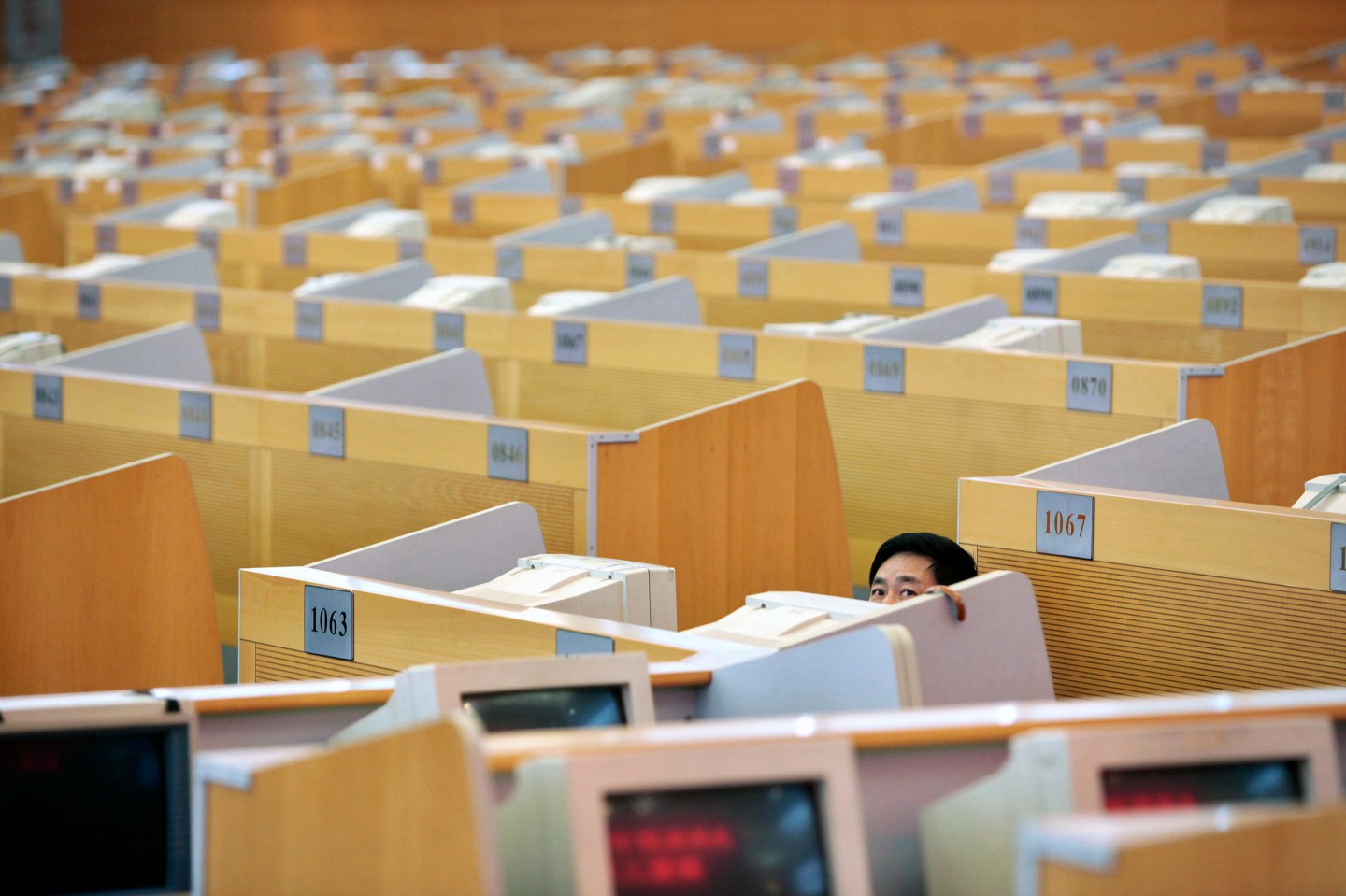 A man looks at an electronic board at the Shanghai Stock Exchange in Lujiazui Financial Area in Shanghai July 29, 2009. Local-currency A shares in China State Construction Engineering Corp, China's biggest homebuilder, kicked off trading on the Shanghai Stock Exchange on Wednesday at 6.70 yuan (US $1), up from their IPO price of 4.18 yuan (US $0.60), also supported by the company's leading position in the domestic home construction market and robust overseas business. REUTERS/Aly Song (CHINA BUSINESS CONSTRUCTION) - RTR2660O
Photograph by Aly Song — Reuters

Employees who fail to use up all their vacation days forfeit $52.4 billion annually in pay and benefits, according to a new study.

The findings paint a picture of workers who routinely forgo vast amounts of paid-time off in hopes of advancing their careers. But in reality, the sacrifice generally doesn’t pay off, the study found.

The report, by the global advisory firm Oxford Economics for the U.S. Travel Association, said that employees fail to take 169 million days of paid time off annually. As a reward, they end up heavily stressed and tired.

“Americans are taking the value of their time for granted,” Adam Sacks, founder and president of Oxford Economics’ Tourism Economics division, said in a statement. “By passing on vacation days and working instead, U.S. employees are serving as volunteers for their companies.”

And apparently U.S. workers are taking less time off in recent years. In 2000, workers took off an average of 20 days compared with just 16 last year.

The study, which is based on a poll of 1,300 workers, also said that, contrary to what many people believe, leaving vacation days on the table doesn’t translate into a raise or bonus. In many cases, their performance suffers.

“In fact, employees who left 11-15 days unused are less likely (by 6.5%) to receive a raise or bonus than those who used all of their vacation days,” according to the study. There’s also increased stress and lower work performance as a result.

“If this trend continues, the vacations of our childhoods could be a thing of the past—completely unknown by the next generation,” Roger Dow, president and CEO of the U.S. Travel Association, in a statement. “That would be a true loss for our families and our country.”

The news comes on the heels of a study on small business owners from August conducted by OnDeck that found 61% of workers take just five days off per year.