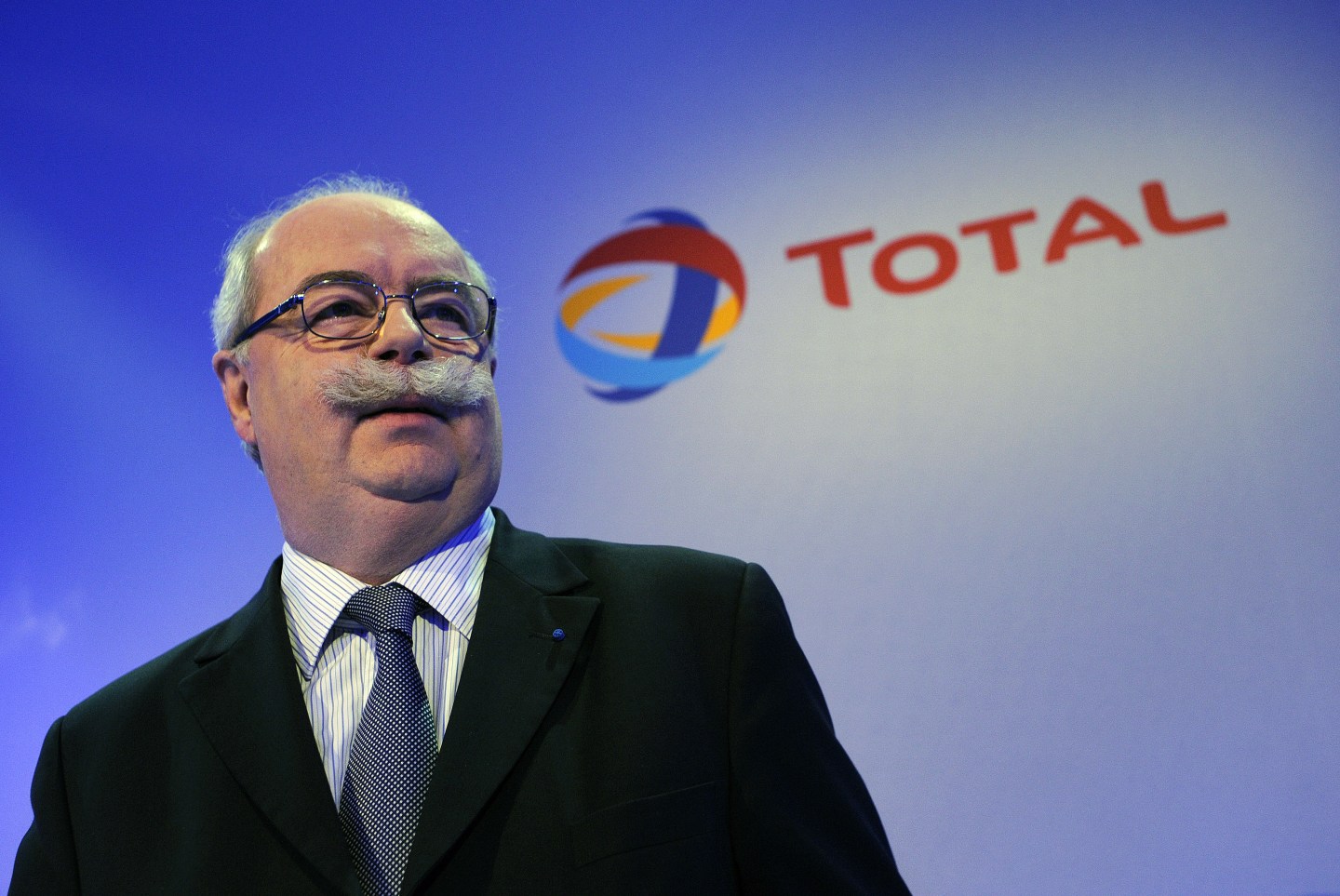 The larger-than-life de Margerie, 63, was on his way back from a meeting between foreign investors and the Russian government when his Dassault executive jet hit a snowplow, killing him and the three crew members on board.

A spokesman for Russia’s Investigative Committee said that the driver of the snowplow was drunk at the time. The accident happened just before midnight, and visibility was some 400 yards, Russian media quoted the airport’s authorities as saying.

Tributes poured in for the larger-than-life figure, who built Total up into the second-biggest listed company in France and the fourth-biggest oil company in the world by market value after Exxonmobil Corp, Chevron Corp and Royal Dutch Shell Plc, worth over $130 billion.

“France has lost a great captain of industry and a patriot, an extraordinary business leader who transformed Total into a global giant,” Prime Minister Manuel Valls said in a statement.

Russian President Vladimir Putin said that: “In Christophe de Margerie we have lost a real friend of our country, of whom we will cherish very dear memories.”

Christophe de Margerie was born in 1951 into France’s business elite–his father led the country’s biggest insurance company, while his mother was the daughter of champagne baron and hotel owner Pierre Taittinger. He initially wanted to be a racing driver but was talked out of it by his parents. He diverted his sporting instincts instead to sailing, tennis and skiing, while his yearning for a bit of dash lived on in his extravagant white whiskers that earned him the moniker “Big Moustache.”

Affable, tireless and with a seemingly endless capacity for both talking and listening, de Margerie was an accomplished dealmaker and a passionate believer in the benefits that his industry brought to society, despite the many environmental and political scandals that constantly accompanied it, such as the sinking of the tanker Erika off the coast of Brittany in 1999.

He made a life out of the huge risk-reward calculations inherent to Big Oil, never shying away from complicated relationships with autocratic regimes from Kazakhstan and Iraq to Angola and, especially in his later years, Russia. He was investigated along with other Total officials for helping Iraqi dictator Saddam Hussein get round U.N. sanctions, but all of them were subsequently cleared.

In all, he spent 40 years at Total. He had been CEO since 2007 and chairman since 2010. Total’s shareholders had only this year lifted the age limit for those positions to allow him to stay on while he picked a successor.

However, in the last couple of years, he had faced increasing headwinds with a number of his big ideas: the giant Kashagan project in Kazakhstan has suffered repeated delays and cost overruns, and big plays in Russia, such as a $27 billion liquefied natural gas venture on the Yamal peninsular in north-west Siberia, have been disrupted by western sanctions aimed at crimping Russia’s future energy production. In September, the company had to cut its forecast for future production, and said it would put a packet of less-profitable projects up for sale in order to shore up returns.

De Margerie has also had to fight difficult political battles at home, closing a refinery at Dunkirk and a petrochemicals plant in eastern France, and arguing vainly for France, which has virtually no oil and gas reserves of its own, to allow its huge shale gas reserves to be exploited.

He is survived by his wife and three children.