Why U.S. investors are freaking out over Europe 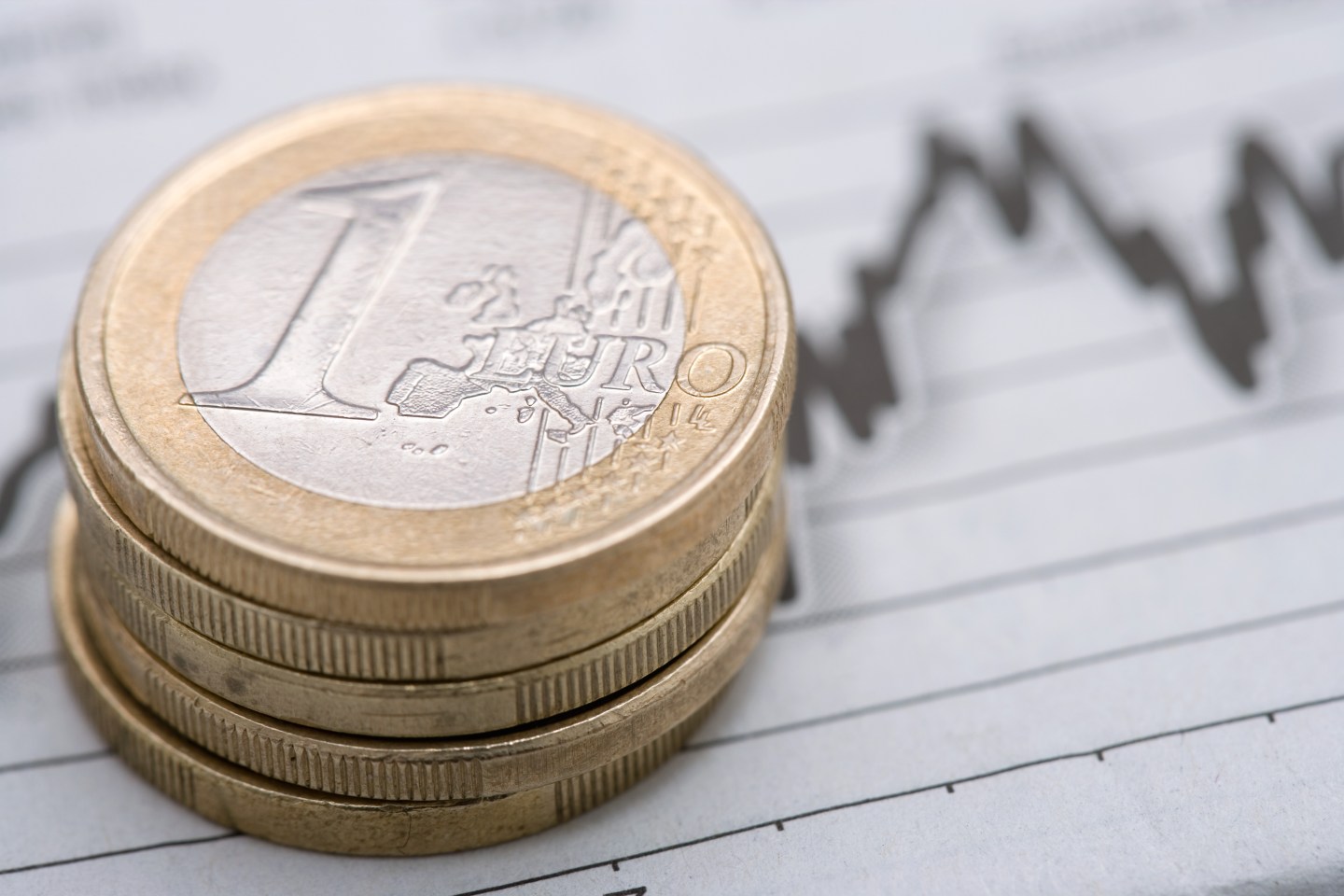 Investors are uttering more “oohs” than “la las” over Europe these days.

Market watchers and strategists have said that a potential slowdown in Europe has spooked U.S. investors and sent the stock market down. Yesterday, Blackrock CEO Larry Fink, talking to investors, said that the real worry is that Europe could slip into recession and that the European Central Bank will have very little ability to stop it.

The Dow Jones Industrial Average was down slightly on Thursday (the S&P 500 (SPX) slightly), but stocks have lost 7% in a little more than a month, erasing about $1.3 trillion in value from the market. That’s roughly the size of the economy of Spain, which is to say that when you ask how worried investors are about Europe, the answer seems to be, “a lot.”

But should they be so worried?

Back then, though, exports and imports made up about 15% of the U.S. economy. These days, that figure has doubled to 30%. So Lee says that what’s going on outside the U.S. matters a lot more than it used to.

Still, Europe is only one piece of that action, and it’s not the largest piece. The U.S.’s largest trading partner is Canada, followed by China and Mexico. The European Union ranks fourth, accounting for about 17% of U.S. trade. And exports, which matter more to U.S. incomes, represent less than half of that, or about 40%. Put that together and the most important part of our trade with the European Union only accounts for around 2% of U.S. GDP.

“Europe matters if it creates a financial crisis,” says Ethan Harris, head of North American economics for Bank of America. “If it’s just going to grow at a slower rate, then it doesn’t matter.”

It now looks like Europe could slow down further or head into a recession. But the region has been sluggish for a while. What’s different today is that people are starting to wonder why Europe hasn’t come back. Also, there are some signs that the prolonged slump could finally slow Germany as well, which so far has been able to buck problems in the rest of Europe. Still, this isn’t that much of a change. Already, the slow growth in Europe has made the continent somewhat less important to the U.S. economy. In 2005, the European Union accounted for a slightly larger 19% of U.S. trading.

The rub is that while trade with Europe does not constitute the largest portion of the U.S.’s overall economy, it matters a lot to the large multi-national companies that make up a large part of the U.S. stock market. For example, Coca-Cola (KO) gets about 10% of its sales from Europe. Overall, Harris estimates that an average of about 6% of sales conducted by S&P 500 companies comes from Europe.

Of course, that doesn’t account for knock-on effects. Europe trades with Canada and Mexico. And if Europe’s slow down hurts those countries’ economies, then that could have an impact on the U.S. as well.

What about a potential financial crisis? With Greece’s stock market down 30% and its bond yields shooting up to 8%, a crisis looks like a possibility once again. But investors in the U.S. don’t seem to believe it. U.S. bank stocks, while hit hard on Wednesday, generally haven’t fallen as much as the rest of the market, signaling that investors are more worried about the economy and less about another financial crisis. The St. Louis Federal Reserve’s index of financial stress was at -1 last week. By comparison, that gauge reached a high of 6 during the financial crisis.

Perhaps U.S. investors are less worried about Europe and more concerned about what is going on elsewhere. When you look at the world beyond the U.S., there doesn’t seem to be a lot of growth. The emerging market economies that were supposed to produce a growing percentage of the world’s growth have slowed, and higher interest rates in the U.S. could pull investment away from those markets. China, the world’s powerhouse for the past decade, seems to be slowing under the weight of a credit bubble and a slowing building boom.

That has left the developed nations—the U.S., Europe, and Japan—to pull the rest of the world economy along. And for a while it looked like that was going to happen. But Japan’s promising comeback earlier this year appears to be fizzling. And Europe isn’t rebounding as expected. Two decades ago, none of that should have mattered to U.S. investors. These days, that bet is not as good.