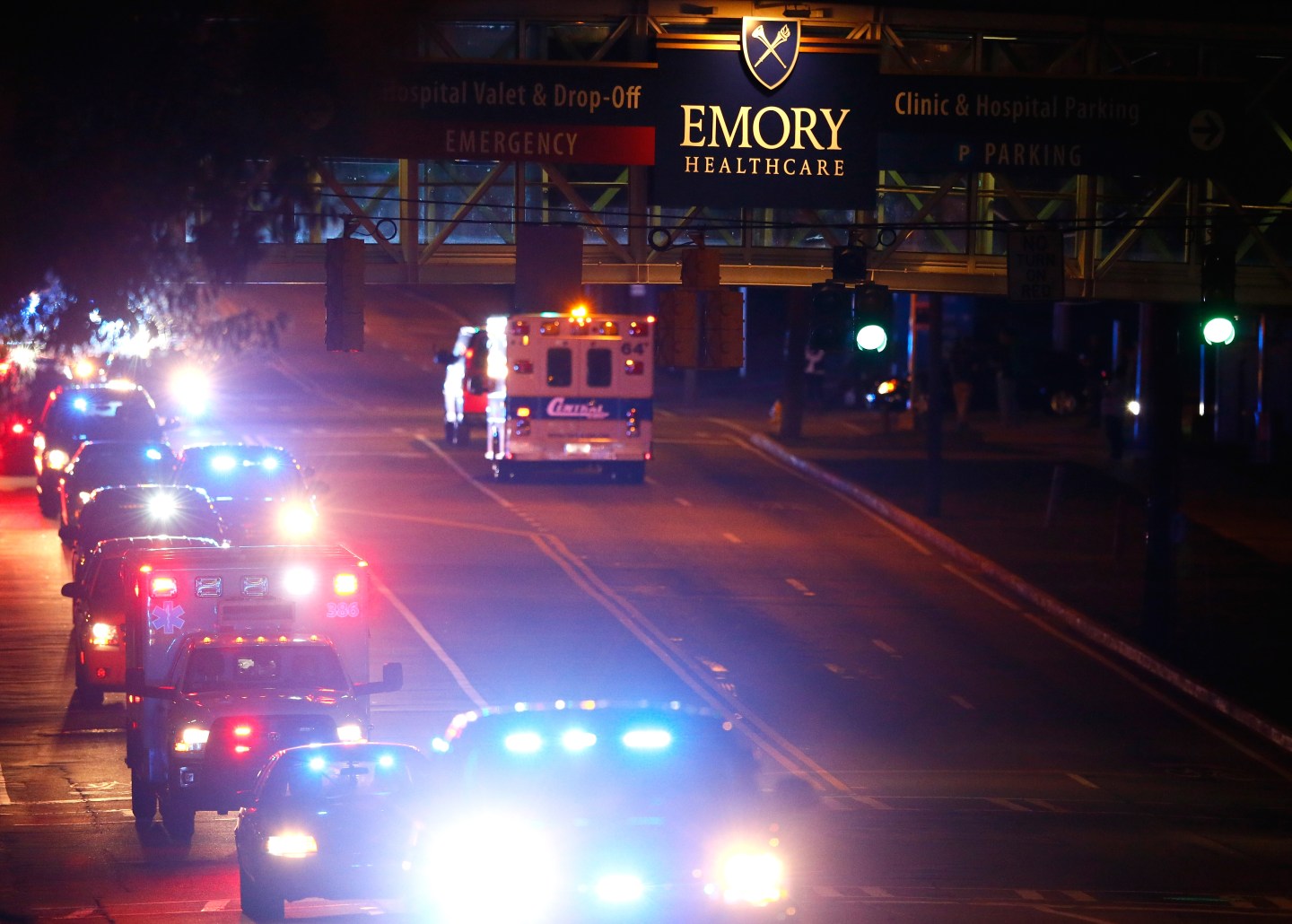 The U.S. nurse who tested positive for Ebola earlier this week flew on a scheduled commercial flight despite calling the Center for Disease Control and Prevention to report that she was running a high temperature.

A federal official said Amber Vinson had called the CDC before boarding Monday’s Frontier Airlines flight 1143 from Cleveland to Dallas, saying that her temperature was 99.5 degrees. The CDC allowed her to board the flight because the guidelines identifying Ebola put the danger threshold at 100.4 degrees (38 degrees Celsius).

Officials are now trying to track down the other 132 people on the flight that day.

The incident is further evidence of how developed countries’ response to the first cases of Ebola on their territory have failed to effectively isolate it. The Spanish nurse who became the first person to contract the disease in Europe complained three times of symptoms consistent with Ebola before being isolated.

Ms. Vinson is the second nurse to have fallen ill after treating Thomas Duncan, a Liberian who died in the Texas Health Presbyterian Hospital after contracting the disease in his home country.

Obama met with Cabinet and Homeland Security officials at the White House on Wednesday afternoon, and the Administration announced later that the President would also reschedule campaign travel that had been set for Thursday because of the crisis.

“We are taking this very seriously at the highest levels of government,” Obama told reporters after meeting with officials managing the response. “And we are going to be able to manage this particular situation, but we have to look to the future.”

He promised that the CDC would deploy an Ebola “SWAT team” wherever needed “as soon as a new case is diagnosed,” and health officials would be “monitoring, supervising, and overseeing” the efforts to fight the virus “in a more aggressive way.”

However, he stressed that the likelihood of a major outbreak in the U.S. was “extremely low.”

That view is still shared by the U.N.-backed World Health Organization, which is coordinating the response to the outbreak in the west African countries of Liberia, Sierra Leone and Guinea.

The BBC reported WHO strategy director Christopher Dye as saying that “We’re confident that in North America and Western Europe, where health systems are very strong…we’re unlikely to see a major outbreak in any of those places.”