How Senegal and Nigeria are beating the U.S. at responding to Ebola 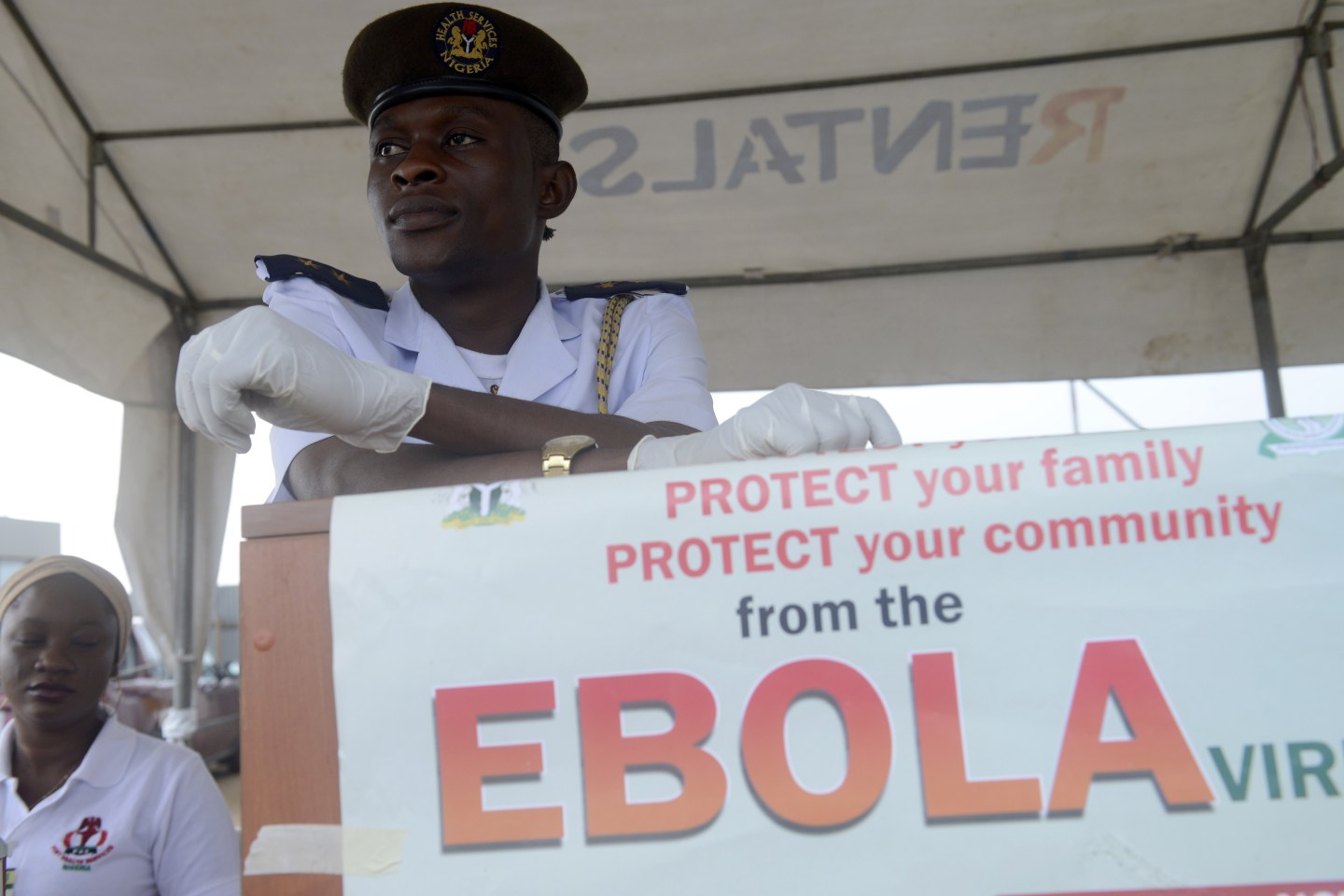 A health official waits to screen for the ebola virus Muslim faithfuls on pilgrimage to Mecca on September 19, 2014 at the Murtala Mohammed International Airport in Lagos. Over two Hundred Muslim faithfuls from Oyo State in southwest Nigeria on pilgrimage to Mecca in Saudi Arabia underwent stringent health checks by Nigerian health officials in collaboration with its counterpart from the Who Health Organisation to prevent Ebola spread in the holy land. Nigeria is the only country in the region, which has been affected by Ebola that has clearance to send pilgrims to Saudi Arabia for the Hajj. AFP PHOTO/PIUS UTOMI EKPEI (Photo credit should read PIUS UTOMI EKPEI/AFP/Getty Images)
Photograph by Pius Utomi Ekpei — AFP/Getty Images

It is possible to stop the spread of Ebola, the virus that has decimated the West African economy and caused businesses in Liberia to scramble to save their workers. Two African countries, Senegal and Nigeria, have successfully contained the deadly disease within their borders. Both had extraordinarily tight monitoring and strict communication between federal leaders and local communities. Now that the virus has reached America’s heartland (and some of our biggest industries), how does the U.S. response compare to the two successful nations?

Senegal: Patient initially sought care August 18 but did not disclose travel history. He continued as an outpatient until August 25, receiving intravenous fluids and other symptomatic treatment. On August 26, he was admitted to a specialized hospital for Ebola testing.

Nigeria: Lone traveler enters from Liberia on July 20. Patient collapsed in the arrival hall of Lagos airport with symptoms of Ebola. Traveler was admitted to a private hospital and confirmed to have Ebola.

U.S.: Lone traveler enters from Liberia on September 20. He seeks treatment at Texas Health Presbyterian Hospital September 24, discloses travel history, and is sent home with antibiotics. He returned two days later in an ambulance and tested positive for Ebola. He was moved to an isolation ward within the hospital not specially designated to care for the Ebola disease.

Senegal: In total, 67 contacts were identified: 34 residents of the home where the patient stayed and 33 health care workers. All contacts, including health care workers, were subjected to 21-day monitoring. This included in-home voluntary quarantine. They were seen twice daily by Red Cross volunteers. Symptoms and temperatures were recorded twice daily. Food was provided.

Nigeria: Patient exposed 72 people at the airport and hospital. In total, 894 contacts were identified for all the cases. About 18,500 face-to-face visits were conducted by contact tracers. Eleven patients were discharged, and eight died.

U.S.: 48 initial contacts were tracked, including some healthcare workers that came in contact to the original patient before he was quarantined. Other staff caring for the first patient after quarantine were not tracked until after a second person, a nurse, tested positive for Ebola. Then 70 workers in contact with the original patient were added to the tracking list. So far, one contact from the second patient has been added to the tracking list. Further contacts are unfolding. First patient has died. Today, a third patient was identified.

Senegal: Before the first confirmed case, the Senegal Ministry of Health had been training health care staff on infection control, laboratory testing, case investigation, and contact tracing, with an oversight committee organized for response. “Prompt notification through an interagency collaboration in Guinea was crucial in this case because the patient did not report recent travel or contact with an Ebola patient,” says a study on the CDC’s website.

Nigeria: The Federal Ministry of Health with guidance from Nigeria Centre for Disease Control declared an Ebola emergency when the first man was admitted. On July 23, the Federal Ministry of Health, with the Lagos State government, activated an Ebola Incident Management Center as a precursor the current systems in place. Government put in an emergency presidential decree that enabled official to access mobile phone records and use otherwise unauthorized law-enforcement agencies. Houses were disinfected immediately, according to the Financial Times.

At Fortune’s Most Powerful Women Summit last week, Melinda Gates explained how a Gates Foundation-funded polio clinic was retrofitted to handle Ebola cases, which she credited to helping keep the numbers in that country low.

U.S.: Authorities followed-up with people in the first patient’s apartment complex three days after he was admitted into the hospital. Schools with children that had direct contact to the patient were notified and cleaned. After the second patient tested positive, authorities sent reverse 911 phone calls to houses within a four block radius of the patient. No national reinforcement measures have been taken. The Texas Task Force on Infectious Disease Preparedness and Response has its first meeting scheduled for October 23, nearly a month after the first Ebola case enters the state.