This woman rowed across three oceans by herself 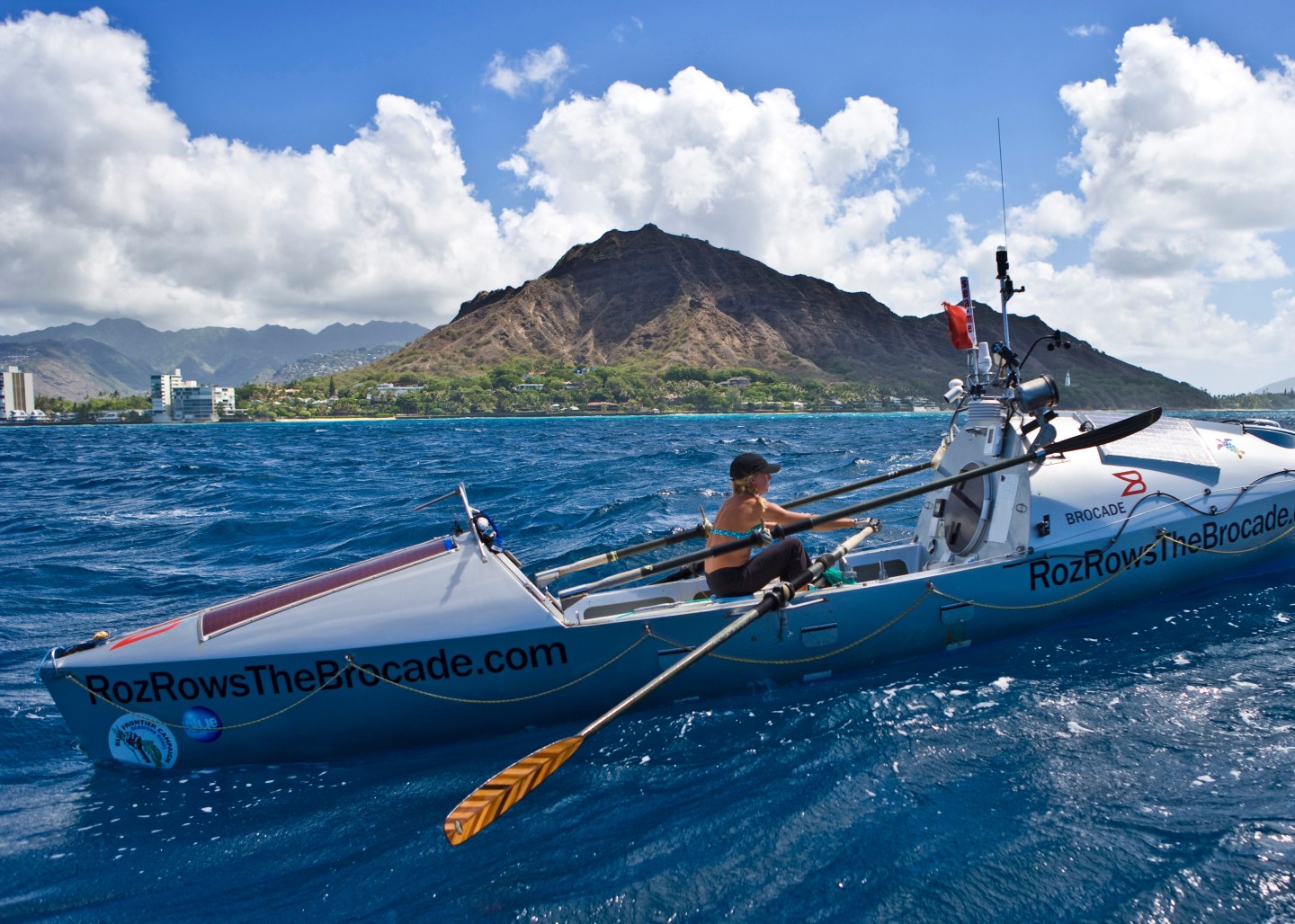 Existential crises happen. Most people buy a sports car. But when Roz Savage—then a consultant in her 30s—had one, she did something rather different. With no experience except for a stint on the crew team while she was a student at Oxford University, she decided to row across the Atlantic Ocean… alone.

Savage’s decision changed her life forever. Before first hitting the water in 2005, she sold her car, quit her job at UBS as an IT project manager and left her husband, a consultant. After 103 days of rowing, she made it across the Atlantic in early 2006. She added to her list of feats by rowing the Pacific and the Indian Oceans in the following years.

On Wednesday morning, Savage spoke at a breakfast sponsored by Gannett (GCI). It’s amazing to meet someone who did more than just think big. She set an incomprehensibly tough goal and met it. The biggest takeaway from my conversation with her: She somehow willed herself to succeed at something so unbelievably hard.

Her adventures put my life into perspective. Suddenly, getting my two kids dressed and breakfasted before school and showing up on-time to work didn’t seem nearly as intimidating as it had 30 minutes earlier.

It’s worth noting that Savage, an English daughter of two Methodist church employees, didn’t start off thinking of herself as exceptional. She was smart and bookish, and aspired to a bourgeois life, as so many of us do. The problem was that when she got it, the happiness she had expected to come along with material comfort never came. So at the age of 32, she sat down and completed a self-help exercise in which she wrote two versions of her obituary—one if her life stayed the same, the other if she had “lived her life in full.” “I wish I could say I quit my job the next day and told my boss where to go,” she said, “but it took longer than that.”

Savage, despite being just 5’4” and with no ocean experience, decided to row. She picked rowing because she had always loved the sea and wanted to draw attention to the pollution of the oceans. On her first trip, her satellite phone broke, leaving her alone on the water without outside communications for more than a month.

“It was a crash course in personal development,” she said. When asked why she would pursue something so crazy, she laughed wryly at her answer: She wanted to get out of her comfort zone.

That she did. During the worst moments, when Savage was covered with saltwater sores and ailing from tendinitis in her shoulders from the many hours of rowing, she realized what personal development truly meant. “I learned that it was the suffering that made [the challenge] truly worthwhile.”

After success in the Atlantic, Savage set new goals. She went on to row the Pacific Ocean (an early attempt was aborted when her boat capsized, but she persevered, trying again the next year; she described having to be rescued as one of the most devastating parts of the whole experience) and in 2010, she conquered the Indian Ocean (during which her radio actually worked, allowing her to listen to 270 audiobooks).

Savage recently retired (“I was becoming too comfortable,” she says, incredibly). Savage has written two books and speaks frequently about her journey. She’s also working on building affordable floating homes in the UK. This, ladies, is one truly powerful woman.