Nasty Gal founder: ‘A sense of entitlement is a healthy thing’ 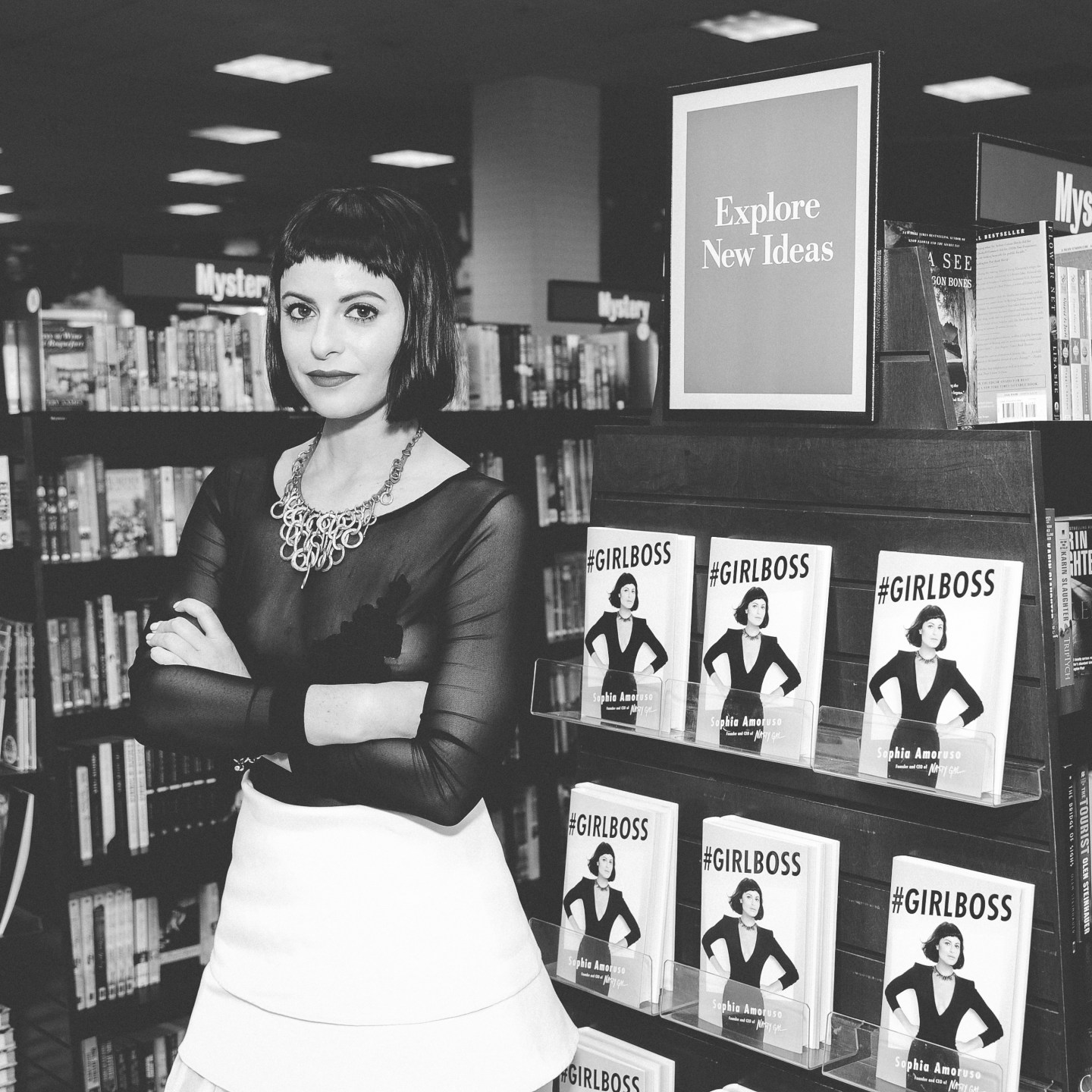 LOS ANGELES, CA - MAY 12: (EDITORS NOTE: Image has been converted to black and white.) Sophia Amoruso attends #GIRLBOSS, From Thief To Chief: A Conversation With Sophia Amoruso And Nicole Richie at Barnes & Noble bookstore at The Grove on May 12, 2014 in Los Angeles, California. (Photo by Stefanie Keenan/Getty Images for Nasty Gal)
Photograph by Stefanie Keenan—Getty Images

Sophia Amoruso’s path to the executive suite was anything but traditional. That’s exactly why the next generation of leaders is so eager to hear from her.

After years of working odd jobs in record stores and shoe stores, Amoruso realized she was terrible at working for other people. She set out to change that, first selling vintage clothing on eBay. To her own surprise, she made $70,000 in sales her first year and saved most of it to start her own fashion retail site, Nasty Gal. Today, the fashion entrepreneur has grown her aversion to authority into a business that she says does $100 million in annual sales.

Amoruso, 30, realizes that there aren’t many leaders who followed the same steps she did. Yet she does share one characteristic with many in her generation: Entitlement. Moreover, she says she wouldn’t be where she is today without it.

“A sense of entitlement is a healthy thing and it is something I have like the rest of my generation,” says Amoruso, who is No. 30 on our 40 Under 40 list. “But my entitlement came about with an understanding that it was me that was going to put me where I wanted to be.”

The pages of Amoruso’s New York Times best-selling memoir, #GirlBoss, are filled with unconventional tips for success like this one. A college dropout who stole the first thing she ever sold online, she has no problem being candid about her past life hitchhiking, stealing and dumpster diving. The California native believes it’s important to share a narrative that isn’t filled with the same cookie cutter accomplishments and awards.

While she values education and would like to go back to school eventually, Amoruso is catering to an entire group of young women who want someone other than Facebook (FB) COO and Lean In writer Sheryl Sandberg to look up to.

“The businesswomen who are speaking to other women do have that pedigreed background for the most part and they make assumptions about young woman,” says Amoruso. “But there is another set of girls and women who don’t completely relate to that quite yet.”

In May, Amoruso fired back against Sandberg’s “ban bossy” campaign to encourage girls to lead. “I think it’s okay to call girls bossy,” she told NYMag. Amoruso attributes the hunger from young women for a different message to the increased pressure Millennials feel to be successful. When her mother was growing up, finishing college was enough to make her grandparents proud, says Amoruso. But for her generation, college is just the beginning of a long road to achievement.

For the Nasty Gal CEO, that road seems to be shifting under her feet every day. While her title as CEO has not changed for several years, she finds that her job is constantly different. She went from scavenging thrift stores for great items to sell to becoming a social media expert to having to get out the weeds and manage hundreds of employees.

“Whether I like it or not, the company as it grows determines what my job is as the CEO. I have to constantly change the way that I work and the way that I’m wired and what I spend my time doing,” she says. “The key is not finding out too late that my job has changed.”

Ultimately, Amoruso contributes her success to more than just entitlement. She has a pretty strong survival instinct that she says makes her comfortable enough to adapt alongside her business. But what does she still need to work on? Ironically, the candid CEO is remarkably shy and has a hard time introducing herself to her own employees. But putting herself out there inside the company is just another thing she needs to do to be proactive about her own success.

“Entitlement is an ugly thing unless you can do something about it,” she says. “Nobody likes a whiner.”

To subscribe to Caroline Fairchild’s daily newsletter on the world’s most powerful women, go to www.getbroadsheet.com