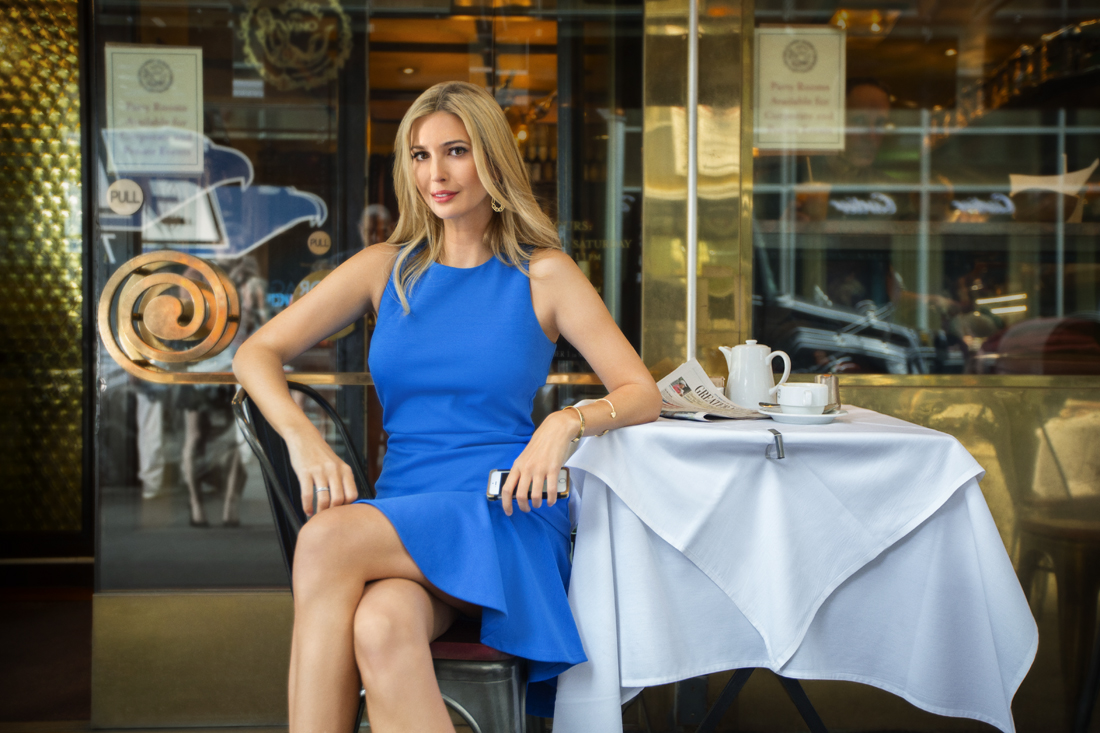 When Ivanka Trump gets home after a long day at work, she immediately switches from her professional clothes to something more comfortable – even if she’s there for just a few minutes to hug her two toddlers before heading off to a work dinner.

“I need that mental separation,” she says. “Even though my phone is still ringing and I am still checking my email.”

A quick wardrobe change is really as far as the real estate exec turned fashion entrepreneur goes to separate her work life from home. Instead, 32-year-old Trump is trying to reset the expectations employers have of female leaders – and she is starting with her own company.

“Life isn’t nine to five anymore,” says Trump, who is No. 33 on Fortune’s 40 Under 40 list this year. “It is important to cultivate and create an environment that is conducive to multidimensional women who have families and lives outside of the office and who are working 24 hours a day because they are bringing their work home with them.”

In 2010, Trump launched her own company, Ivanka Trump Apparel and Accessories with a line of footwear. Since then, it has expanded into 11 different product lines sold in Nordstrom, Macy’s, Bloomingdale’s along with 300 more locations. As Trump has built out the company — and hired a small group of employees — she has kept an eye on how the corporate culture supports women like herself who are juggling young kids at home. On top of running her own clothing company, Trump is also executive vice president of development and acquisitions for her father Donald’s real estate empire, the Trump Organization. At Trump, Ivanka spearheads top projects like the highly competitive $200 million deal with the U.S. government to redevelop the Old Post Office in Washington D.C.

To start, Trump does not have a formal vacation or paid sick day policy for her apparel company’s employees. She focuses on hiring people who would never dream of abusing this policy and use their time off so they can perform at their best for the firm. Trump, the mother of three-year-old Arabella and one-year-old Joseph, set up a “kid corner” in her office for employees who need to bring their children to work from time to time.

Trump also empowers her employees to set their own schedules so they can train for a marathon in the morning, walk their kids to school or pick them up after. Rather than build a “butts in seats” culture, Trump recognizes that face-time in the office is hardly applicable anymore in our highly connected work. Everything can be measured, says Trump, so as long as you are performing, you can excel at her firm, she says.

“I don’t penalize highly efficient people because they got what they need to get done and leave to go on a date with their husbands,” says Trump.

So why hasn’t every employer adopted the same progressive policies as Trump? They’re scared: “People are so afraid of losing control if they can’t manage everyone and see everyone, but I think it really boils down to the people you hire,” she said.

As for juggling her own hats as mom, real estate maven and fashion brand owner, Trump says there are simple step she takes to make things more manageable. If she is away for a work trip for a few days, for example, she won’t schedule a work dinner for her first night back in New York. But if her child gets sick or a big deal comes down the pipeline, all planning goes out the window.

“Then you don’t have balance anymore, but life is a marathon not a sprint,” she said.

The daughter of the Donald is aware that her position as the heir to the Trump fortune makes some people doubt her business acumen, but she doesn’t let it faze her. She’s too busy building her own business and growing the Trump Organization to worry about her critics anyway.

“When you are in the public eye, it is really counterproductive to think about how you’re viewed in the eyes of others,” she says. “You just have to be who you are. someone wants to have flawed viewpoint of me and doesn’t know me, that doesn’t particularly bother me, unless I am doing something that reinforces that view.”