Putting American honesty to the test 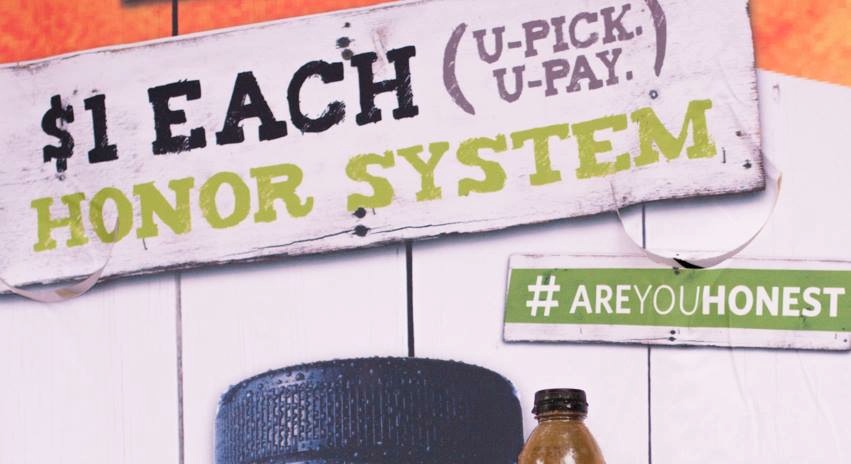 There’s a lot of depressing news these days. We see headlines just about every day about crumbling communities and unethical leaders. As an entrepreneur, I’m an optimist by definition. But I have five years’ worth of data to back up my belief that Americans are more honest than we give ourselves credit for.

Since 2010, my company Honest Tea has conducted a social experiment in several cities across the U.S. to determine how honest people are when they think no one is watching.

Here’s the scenario: it’s a hot summer day, and on your walk through town you come upon racks of bottles of iced tea. There is a sign that reads “$1 per bottle, Honor system” and a clear plastic box with a slot with a few dollars in it. There are no visible store personnel or cameras.

Do you pay a dollar, or help yourself to a free drink?

Over the course of four weeks this past July and August, we conducted this social experiment in 62 cities around the country, covering all 50 states and Washington, D.C. More than 10,000 people participated. We had undercover employees stationed nearby observing each interaction and taking notes.

Take a guess, what percent of Americans paid for their drink? I often hear estimates of 65-70%; in other words, people seem to think that most Americans would pay, but about one third of them would steal.

We have conducted the experiment five years in a row, with more than 25,000 physical interactions, and we have enough data and consistency of results to draw some conclusions.

I’m often asked what this all means. Should stores make their merchandise available on an honor system?

Even in cities where the level of honesty was high, perfection was rare. Around the country, we saw some people pay with lottery tickets, mayonnaise packets, and candy bar wrappers (we didn’t count them as honest). In San Diego, someone tried to walk away with our cash box. In NYC, a cameraman covering the event had one of his small video cameras stolen, and my bicycle was stolen last year from the Bethesda, Md. Metro station on the day we performed our experiment in Washington, D.C. And all a store needs is one dishonest person to kill a day’s profits.

So, why did we conduct this experiment? Beyond the fact that we seek to have honest and direct relationships with our ingredients, suppliers, and consumers, it’s a fun way for people to interact with our brand. We do lots of sampling over the summer, but our Honest pop-up stores offer an opportunity for people to be part of our company rather than just passive drinkers. It turns out that it’s also a nice way to help people think differently about our society and each other.

Seth Goldman is president and TeaEO of Honest Tea.