Riding out the business storm in Russia and China 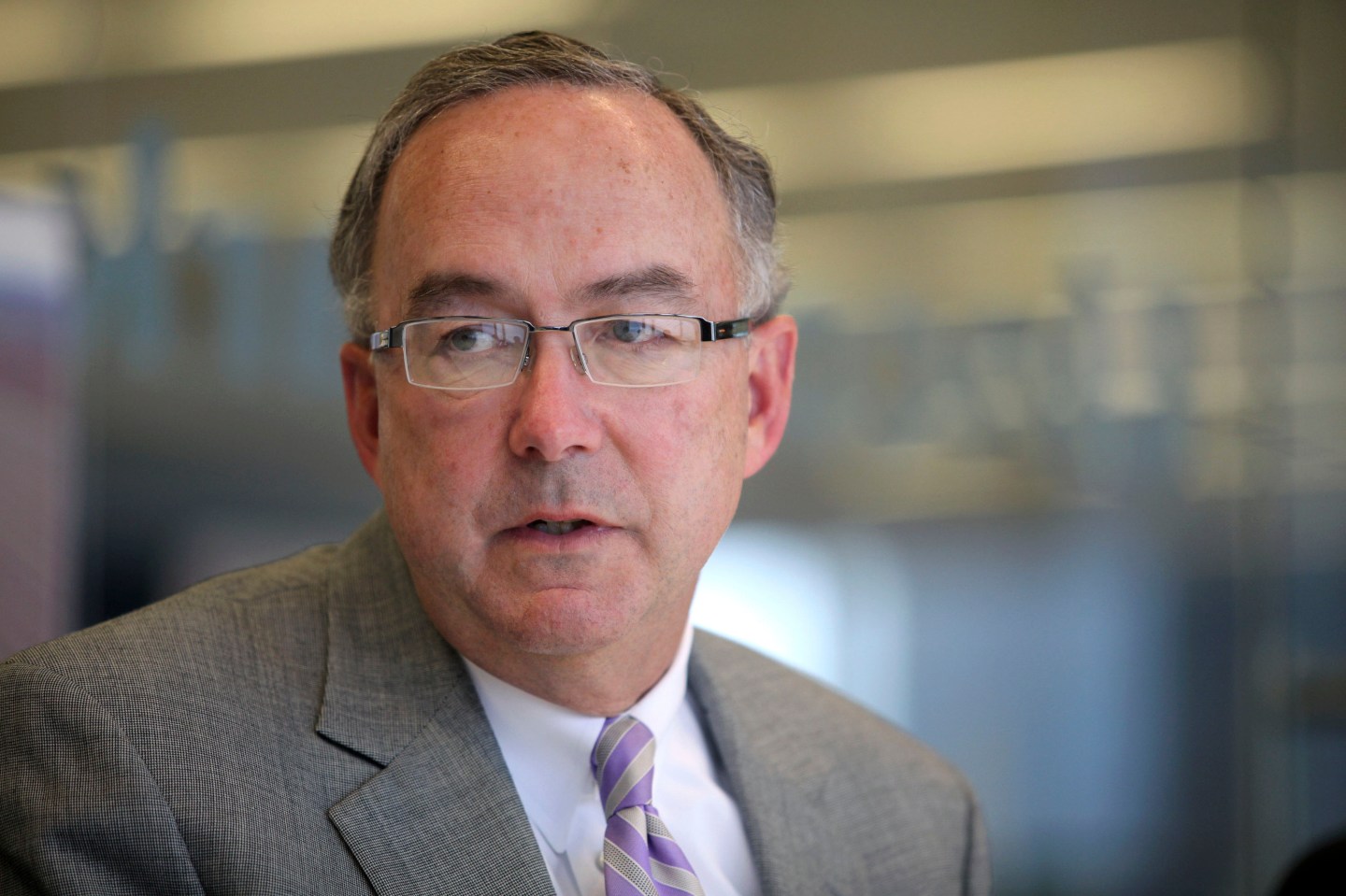 China and Russia are important to Sam Allen, CEO of Deere & Co. (DE), the Moline, Ill.-based maker of farm and construction equipment. Those two countries aren’t huge contributors to Deere’s $38 billion in 2013 revenue, each accounting for only 2% to 4% of the total. But for any company in Deere’s businesses, they matter a lot to future growth. Much of China’s farming remains startlingly primitive, sometimes conducted by hand on tiny family plots; government leaders know the world’s most populous nation must produce far more of its own food. Russia – and Ukraine – are major grain producers for Europe as well as for their own citizens.

Allen talked recently with Fortune’s Geoff Colvin about how he’s managing in China’s and Russia’s changing business environments.(For more on the challenging new realities for Western companies operating in those countries, see The New Cold War on Business.) Edited excerpts:

We’ve seen a tremendous number of Chinese competitors enter the market in the past 24 months. A year ago I was told there were 11 new tractor manufacturers in the previous 18 months. So huge overcapacity has been put in place.

As the Chinese government goes about implementing policy changes to support its stated direction, involving transfer of land to create bigger farms and use bigger equipment, it hasn’t been implemented as effectively as one might expect. Subsidies [for purchasing farm equipment] are not available on time, so customers can’t buy, or subsidies are pulled on certain products on short notice.

And as indigenous Chinese companies get bigger, it appears the government is starting to align with their favorites, those that can compete on a broader scale. They can get attractive financing at almost no interest rate. But the most difficult thing we’ve seen is, there’s a subsidy list, and you’re supposed to put your product in the field, then after a year you can apply for the subsidy, and after another year you can be granted the subsidy. But we’ve had Chinese competitors that didn’t even have a product a year ago, and they’re on the subsidy list.

We have a Chinese national leading our efforts—he was educated in the U.S.—and we have elevated that person’s decision making capability. You can’t make those decisions over here. You’ve got to be very nimble—boots on the ground—that’s what we’re doing. And we need continuous innovation; the product has to be differentiated enough that the customer says, I really want your product . We’re looking at markets worth winning. We don’t want to compete in all ag products in China. We’re focusing on those critical few that are worth pursuing. And then we’re focused on riding out the storm.

[In early September] I spent three and a half days in Russia, then a day in Kiev. In Kiev I was meeting with our embassy, and then with the ag minister, then with the 23 people we have in Ukraine. [Before that] I went to our factory in Moscow, then Krasnodar near the Ukraine border and opened a new dealership.

Farmers and the dealers in Russia have a view that they’re going to get through this. They were somewhat upbeat because they’re having record harvests, it appears. In our Moscow office we have 300 people. Russians, even young Russians, 80% of them think Putin is right [in Ukraine]. I thought the highly educated person would have a different perspective, but most people view the issue as righting a wrong—the wrong being that [the late Soviet leader Nikita] Khrushchev should never have given Crimea away. Our people in Ukraine were definitely nervous, but not people in Russia—it seemed far removed from daily life.

It’s certainly having an impact on our business. Some of our customers have had trouble getting financing, and things have slowed down quite a bit. We’ve agreed how much exposure of working capital we’re willing to accept, and we’re going to run the business within that, even if we could make more.

A Canadian runs our business in Russia; the CFO is an American. They said they’ve seen no hostilities toward us in Russia. We’re asking our people in Russia and Ukraine not to get distracted by the relations between the countries and to focus on the health of our customer base.

The [U.S. and European] sanctions [on Russia] are not directly impacting us, but we’ve found that the challenge is, as they sanction the banks, our suppliers and some customers did business with those banks, so we’ve had to find work-around solutions. It hasn’t prevented us from doing business, but it’s downsized.