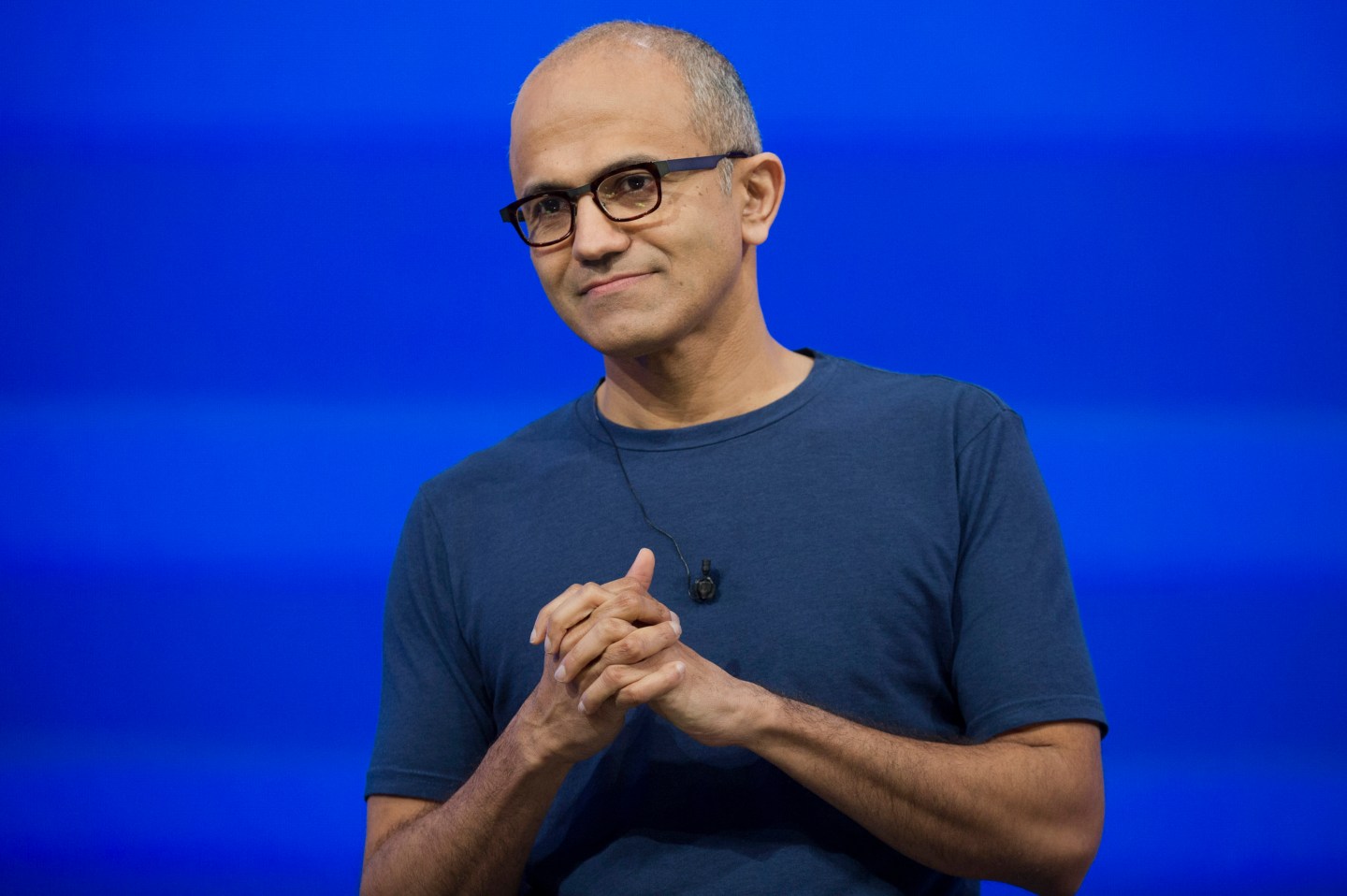 (REUTERS) – Microsoft Corp’s chief executive officer suggested on Thursday that women in technology should not ask for raises but have faith in the system, bringing a torrent of criticism and causing the executive to backtrack after the statement.

Satya Nadella, who became CEO in February, was asked how women should get ahead in the tech world at a three-day conference in Phoenix, Arizona, intended to celebrate women in computing.

“It’s not really about asking for the raise, but knowing and having faith that the system will actually give you the right raises as you go along,” Nadella said, according to a recording on the website of the event, Grace HopperCelebration of Women in Computing.

“Because that’s good karma,” Nadella continued. “It’ll come back because somebody’s going to know that’s the kind of person that I want to trust.”

Nadella’s statement did not go down well with an audience well aware of recent research by the American Association of University Women that last year women were paid 78% of what equally qualified men received, although there is some data to suggest the pay gap is less in the tech sector.

Microsoft (MSFT), like many tech firms, is not a model of diversity. Only 29% of its more than 100,000 employees are female, according to data recently released by the company.

“Was inarticulate re how women should ask for raise,” Nadella tweeted on Thursday afternoon, several hours after his remarks. “Our industry must close gender pay gap so a raise is not needed because of a bias.”

Facebook Inc Chief Operating Officer Sheryl Sandberg drew attention to the issue and championed a more assertive approach by women in her 2013 book “Lean In,” writing that for women, negotiating is “like trying to cross a minefield backward in high heels.”

The question was asked by Maria Klawe, president of Harvey Mudd College and a member of Microsoft’s board. She immediately challenged Nadella, saying his viewpoint was “one of the very few things that I disagree with you on,” eliciting a few cheers from the audience.

The two went on to hug on stage, and the audience warmly applauded, but Twitter rounded on Nadella and his comments became fodder for jokes.